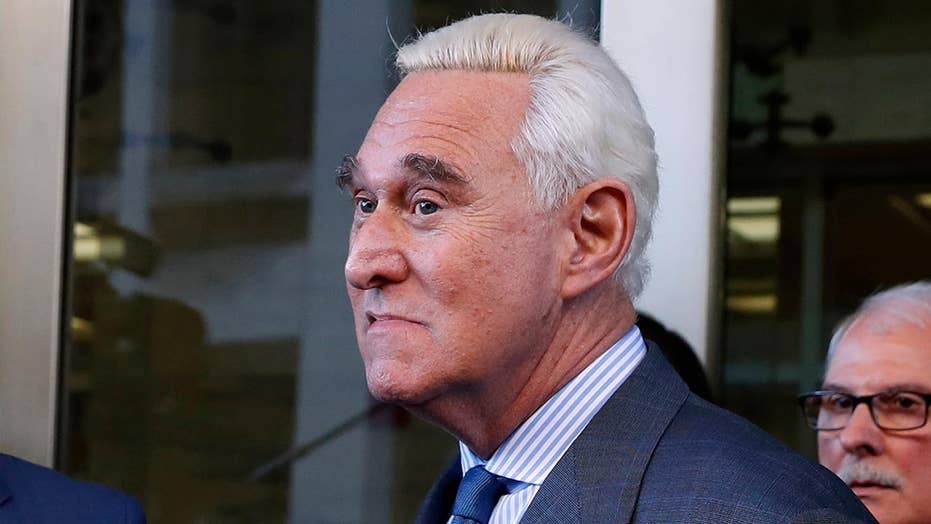 Judge rules Roger Stone is not allowed to speak publicly about his case, no third parties or surrogates

Roger Stone did not speak to the media as he left the courthouse with a new gag order banning him from speaking about his case publicly.

Special Counsel Robert Mueller’s team on Friday denied allegations from former Trump adviser Roger Stone that his indictment was leaked to CNN before it was unsealed last month.

Stone’s legal team had filed a motion in federal court claiming his indictment had been leaked after CNN was the only network to stake out Stone's Fort Lauderdale home when he was arrested before dawn last month. CNN later aired video of the arrest that showed a team of FBI agents with guns banging on Stone’s door and demanding that he come outside.

The arrest operation drew scrutiny from President Trump, who questioned on Twitter, “who alerted CNN to be there?”

CNN has denied being tipped off to the arrest, claiming they knew to be there because of “good reporting.” If that is the case, reporters have noted CNN was remarkably lucky in guessing when Stone might be arrested.

“CNN’s ability to capture the arrest of Roger Stone was the result of determined reporting and interpreting clues revealed in the course of events. That’s called journalism,” CNN said.

JUDGE RIPS INTO ROGER STONE, BARS HIM FROM SPEAKING PUBLICLY ON CASE

The 24-page indictment against the former Trump adviser alleges that Stone worked to obstruct the House Intelligence Committee’s investigation into Russian interference in the 2016 election by making false statements to the committee, denying he had records sought by the committee and persuading a witness to provide false testimony. Stone has pleaded not guilty.