For months, Stone has warned that he could be indicted, saying in public he believed Mueller was investigating whether he had advance knowledge of WikiLeaks releasing hacked emails of Democrats during the 2016 campaign. Stone has repeatedly denied the accusation.

A spokesman for Mueller’s office said Stone, 66, was arrested in Fort Lauderdale on Friday morning after being indicted by a federal grand jury a day earlier. Video aired by CNN shows numerous FBI agents with guns banging on Stone’s door and demanding that he come outside -- something the president decried in a tweet.

"Greatest Witch Hunt in the History of our Country! NO COLLUSION! Border Coyotes, Drug Dealers and Human Traffickers are treated better," Trump tweeted. "Who alerted CNN to be there?"

And Trump lawyer Jay Sekulow said, "The indictment today does not allege Russian collusion by Roger Stone or anyone else. Rather, the indictment focuses on alleged false statements Mr. Stone made to Congress.”

Stone, a self-described political dirty trickster who famously has a tattoo of Richard Nixon on his back, will make an initial appearance later Friday before U.S. Magistrate Judge Lurana S. Snow at the federal courthouse in Fort Lauderdale. 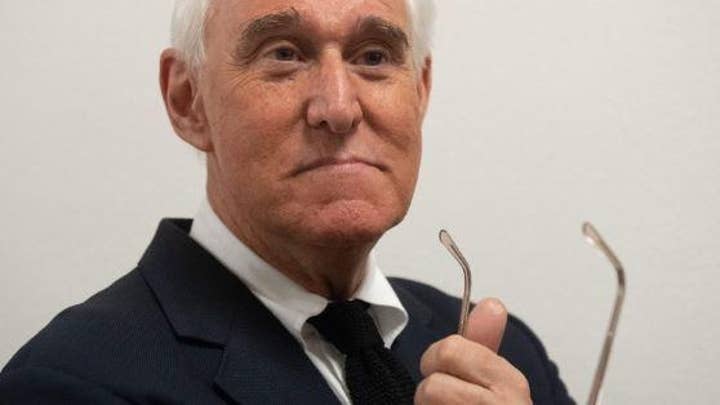 DEFIANT ROGER STONE VOWS TO NEVER TESTIFY AGAINST TRUMP: 'WHERE IS THE CRIME? I ENGAGED IN POLITICS'

The indictment does not charge Stone with conspiring with WikiLeaks, the anti-secrecy website that published the emails, or with the Russian officers Mueller says hacked them. Instead, it accuses him of witness tampering, obstruction and false statements about his interactions related to WikiLeaks' release.

During an appearance Wednesday night on Fox News’ “Tucker Carlson Tonight,” Stone insisted he would not turn on the president and cooperate with prosecutors, like former Trump lawyer Michael Cohen.

“No matter how much pressure they put on me, no matter what they say I will not bear false witness against Donald Trump,” Stone said. “I will not do what Michael Cohen has done and make up lies to ease the pressure on myself.” 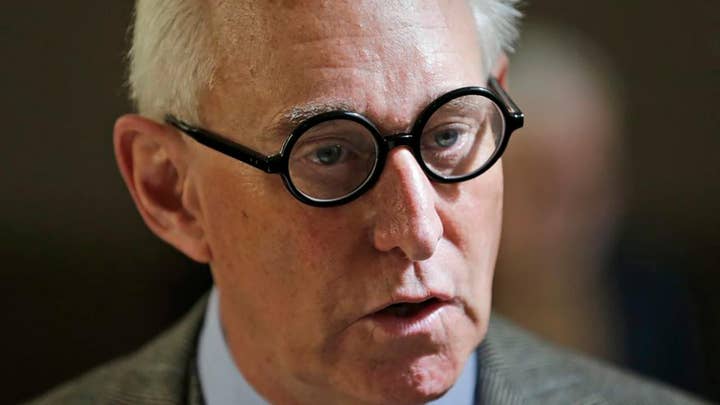