Barr holds a news conference at the Justice Department ahead of the release of special counsel Robert Mueller's report on the investigation into Russian interference in the 2016 presidential election.

The public was able to get its first detailed look at Special Counsel Robert Mueller’s bombshell report on his years-long investigation into Russian interference in the 2016 election in April.

Attorney General William Barr released the 448-page “limited” redacted document on April 18 after giving a brief interpretation of the findings.

The major takeaway, according to Barr, was that there was no evidence of collusion between the Trump campaign and Russia. However, the report also noted that while it didn’t conclude Trump committed a crime, it doesn’t formally “exonerate” him.

But there were some key details Barr previewed that constituents and lawmakers alike were eager to learn more about, particularly President Trump’s dialogue with campaign associates and the issue of obstruction of justice.

Although Barr and Deputy Attorney General Rod Rosenstein didn’t find sufficient evidence to reach a conclusion on that front, the report listed 10 episodes related to the allegations that piqued public interest.

Here’s a look at some of the main highlights from the report:

No evidence of collusion

As stated in Attorney General Bill Barr’s summary last month, and reiterated again at his news conference Thursday morning, the special counsel did not find evidence of collusion with members of the Trump campaign and Russia.

“[T]he investigation did not establish that members of the Trump Campaign conspired or coordinated with the Russian government in its election interference activities,” the report said, though it noted there were "links" between the two.

Those links included several main points of communication between Trump campaign officials and people with ties to the Russian government.

Those communication points include: Russian officials reaching out to Trump’s foreign policy advisers Carter Page and George Papadopoulos; the campaign’s interactions with the D.C.-based think tank, the Center for the National Interest (CNI), whose president and CEO, Dimitri Simes, had “connections to the Russian government,” according to the report; and the June 9, 2016 meeting at Trump Tower between Donald Trump Jr., Russian attorney Natalia Veselnitskaya, senior adviser Jared Kushner and former campaign chairman Paul Manafort.

The investigation further looked into the meetings between Trump campaign officials and Russian Ambassador Sergey Kislyak during the week of the Republican National Convention and afterward; Manafort’s connections to Russia through his previous work for Russian oligarch Oleg Deripaska and a pro-Russian regime in Ukraine; and the Trump Tower Moscow Project.

According to the report, Mueller’s team looked into whether the campaign intended to work with Russia to interfere in the election, but “the investigation did not establish such coordination,” the report said. 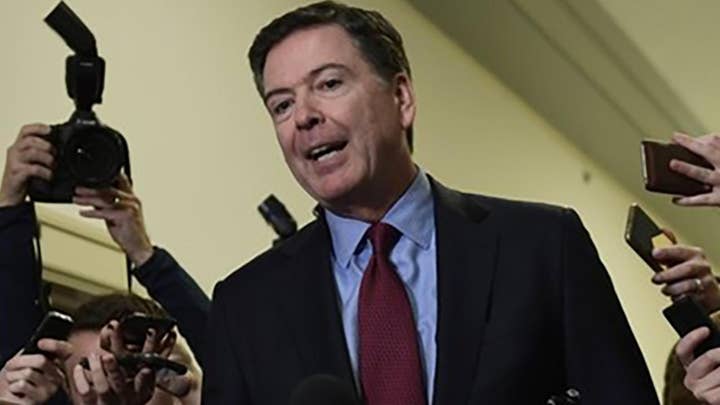 Trump’s abrupt firing of former FBI Director James Comey allegedly stemmed from his refusal to tell the public the president wasn’t being investigated.

“Substantial evidence indicates that the catalyst for the president’s decision to fire Comey was Comey’s unwillingness to publicly state that the president was not personally under investigation, despite the president’s repeated requests that Comey make such an announcement,” the full statement reads.

In the following section, the report also notes that other evidence “indicates that the President wanted to protect himself from an investigation into his campaign.”

“The day after learning about the FBI's interview of (Michael) Flynn, the President had a one-on-one dinner with Comey, against the advice of senior aides, and told Comey he needed Comey's ‘loyalty.’  When the President later asked Comey for a second time to make public that he was not under investigation, he brought up loyalty again, saying ‘Because I have been very loyal to you, very loyal, we had that thing, you know.’”

Though the report claims Trump “had a motive to put the FBI’s Russia investigation behind him,” the evidence “does not establish that the termination of Comey was designed to cover up a conspiracy between the Trump Campaign and Russia,” it reads.

Shortly after firing Comey, Trump called the former head of the FBI “crazy” and a “real nut job.”

“The President also told the Russian Foreign Minister, ‘I just fired the head of the F.B.I. He was crazy, a real nut job. I faced great pressure because of Russia. That's taken off ..... I'm not under investigation.’”

“McGahn and [Uttam] Dhillon urged the President to permit Comey to resign, but the President was adamant that he be fired,” the report reads.

Trump, after learning Deputy Attorney General Rod Rosenstein appointed Mueller to lead the investigation, “slumped back in his chair and said, ‘Oh my God. This is terrible. This is the end of my Presidency. I’m f---ed,” according to the report.

The report continues to say Trump subsequently “lambasted” then-Attorney General Jeff Sessions “for his decision to recuse from the investigation. The report states the president went on to say Sessions was “supposed to protect [him],’ or words to that effect.”

"Everyone tells me if you get one of these independent counsels it ruins your presidency. It takes years and years and I won't be able to do anything. This is the worst thing that ever happened to me,” Trump added, according to the report.

— - President Trump, according to Mueller's report

“Hicks said that she had only seen the President like that one other time when the Access Hollywood tape came out during the campaign,” the report reads.

The report also allegedly found evidence Trump was “angered by both the existence of the Russia investigation and the public reporting that he was under investigation, which he knew was not true based on Comey's representations.” The president also told his advisers if the public thought Russia had aided him in winning the 2016 presidential election, “it would detract from what he had accomplished,” it continues.

From the moment Special Counsel Robert Mueller was appointed, Trump complained Mueller had a conflict of interest, including being interviewed for the FBI director position, working for a law firm that represented people affiliated with the president and Mueller’s dispute of membership fees at a Trump golf course in Northern Virginia, according to the report.

The president’s advisers disputed those issues as conflicts of interest, but Trump continued to try to dismiss Mueller from the position. In June 2017, media reports were published saying that the president was under investigation and had obstructed justice. Publicly, the president tweeted criticizing the Department of Justice and the Special Counsel’s investigation, but privately he took more action.

On June 17, 2017, President Trump allegedly called White House counsel Don McGahn at his home and told him to call Sessions to say the special counsel had a conflict of interest and should be dismissed from the position.

“McGahn did not carry out the direction, however, deciding that he would resign rather than trigger what he regarded as a potential Saturday Night Massacre,” the report said, in reference to the Watergate scandal. 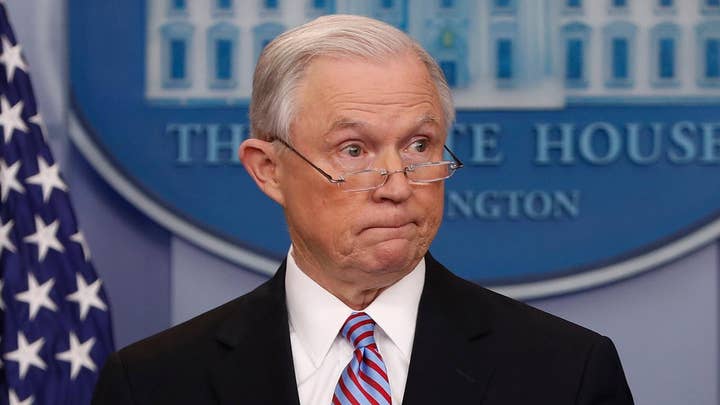 The president publicly blasted Sessions, voicing his frustrations after the former Alabama senator recused himself from the Russia investigation in early 2017.

Mueller’s lengthy report describes Trump’s fiery reaction to Sessions’ announcement that he would remove himself from the probe following revelations he didn’t immediately tell Congress he had spoken previously with Russia’s ambassador on two separate occasions. The president allegedly tried to convince Sessions to “unrecuse” himself despite suggestions it would be a conflict of interest.

“The President continued to raise the issue of Sessions' recusal and, when he had the opportunity, he pulled Sessions aside and urged him to unrecuse. The President also told advisers that he wanted an Attorney General who would protect him, the way he perceived Robert Kennedy and Eric Holder to have protected their presidents,” the report states.

“The President made statements about being able to direct the course of criminal investigations, saying words to the effect of, ‘You're telling me that Bobby and Jack didn't talk about investigations? Or Obama didn't tell Eric Holder who to investigate?’” it continued.

When Trump learned in May 2017 that Muller was approved as special counsel, he blamed Sessions.

“How could you let this happen, Jeff?” Trump asked, adding that Sessions had “let him down,” per the report.

The report indicates Trump then suggested Sessions should resign from his post. Sessions agreed, delivering his resignation letter to Trump in the Oval Office the next day. 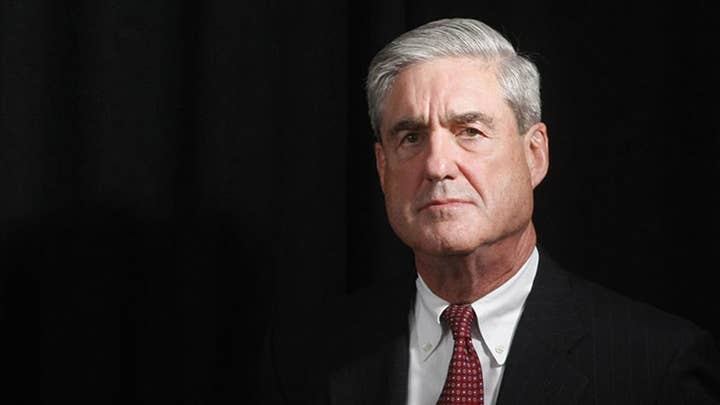 The Trump campaign “showed interest” in stolen emails obtained by WikiLeaks — an anti-secrecy website — that belonged to Hillary Clinton’s presidential campaign and Democratic groups during the 2016 election, according to the report, which added Trump’s team “welcomed their potential damage” to the then-Democratic presidential nominee.

Around the time of WikiLeaks’ first email dump in July 2016, Trump allegedly said he hoped Russia would find emails “described as missing” from a private email server Clinton used when she was secretary of state.

“[Trump] later said he was speaking sarcastically,” the report added in parenthesis.

Sections regarding WikiLeaks were heavily redacted, citing “harm to ongoing matter.” The blackouts are potentially related to the recent arrest of WikiLeaks founder Julian Assange, who was federally charged by the U.S. last week for conspiracy to commit computer intrusion, and ongoing legal issues facing Trump’s longtime confidant Roger Stone. Stone has pleaded not guilty to obstruction of justice, witness tampering and lying to Congress during the Russia probe.

Several Trump campaign aides, including Paul Manafort, Michael Cohen and Richard Gates, were said in the report to have “reacted with enthusiasm” to news of the email hacks.

The report is consistent with testimony Cohen provided in late February in which he alleges Stone phoned the President to warn him of the massive Democratic email release. Stone has repeatedly denied he had any communication with Assange and didn’t have any advance notice.