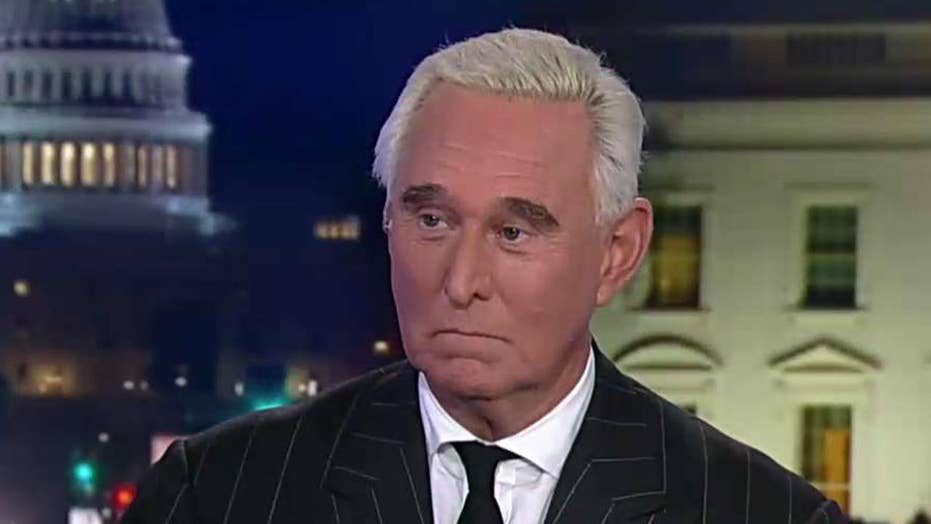 Special Counsel Robert Mueller on Friday claimed in a new court filing that prosecutors have evidence that former Trump adviser Roger Stone communicated with WikiLeaks, the organization that released hacked Democratic emails during the 2016 campaign.

Stone -- who was indicted last month on charges of obstruction, making false statements and witness tampering -- denied to Fox News that evidence of such communications exists.

“There is no such evidence,” Stone said in a text message.

In a Friday motion, Mueller’s team said that “search warrants were executed on accounts that contained Stone’s communications” with an organization widely believed to be WikiLeaks.

Last month’s indictment does not charge Stone with conspiring with WikiLeaks, the anti-secrecy website that published the emails, or with the Russian officers Mueller says hacked them. Instead, it accuses him of witness tampering, obstruction and false statements about his interactions related to WikiLeaks' release.

Stone has pleaded not guilty to the charges.

Earlier Friday, Judge Amy Berman Jackson of the federal court for the District of Columbia instituted a partial gag order, ordering that Stone “refrain from making statements to the media or in public settings that pose a substantial likelihood of material prejudice to this case.”

Jackson further ordered that any participants in the case, including witnesses and counsel, “refrain” from making any statements to the media or public when they are near the courthouse that could “influence any juror, potential juror, judge, witness or court officer or interfere with the administration of justice.”