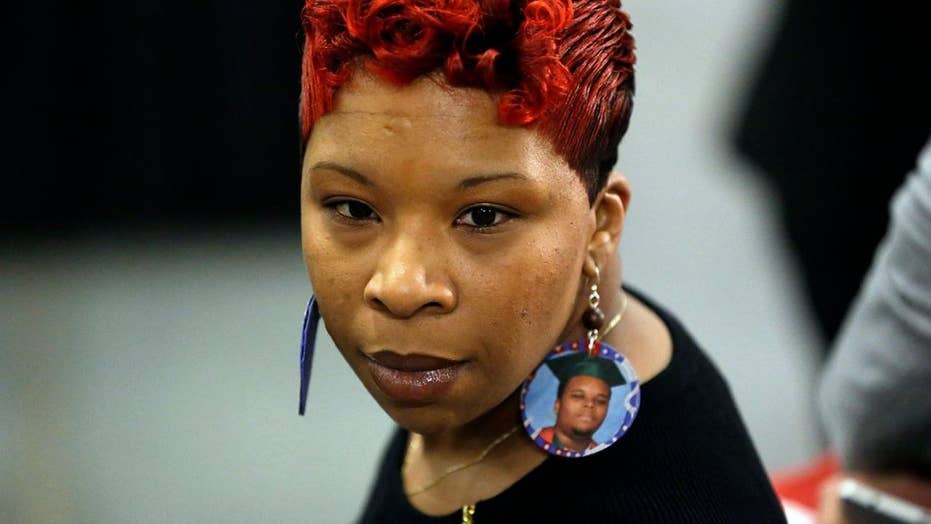 Michael Brown’s mother was defeated Tuesday in a three-way race for a seat on the City Council in Ferguson, Mo., where her son was fatally shot by a police officer in 2014.

Lesley McSpadden, 39, finished third in the race for Ferguson's 3rd Ward with 20 percent of the vote, the St. Louis Post-Dispatch reported. Fran Griffin, who has been active on several local boards, won with 44 percent. Incumbent Keith Kallstrom received 36 percent.

As a candidate, McSpadden had pledged to make police accountability one of her top priorities.

"I wanted to go back and do something right in a place that did something so very wrong to my son, and I think that's what my son would want as well," McSpadden told the AP.

Brown, an unarmed black 18-year-old, was fatally shot during a confrontation with Ferguson police Officer Darren Wilson, who is white, on Aug. 9, 2014. Brown's death touched off months of protests and violence and helped give rise to the national Black Lives Matter movement, of which McSpadden has been a prominent leader.

Wilson, who resigned from the force, was later cleared by a grand jury and the U.S. Department of Justice.

Following the fatal shooting, Justice issued a blistering report of the police and municipal court practices against poor and minority residents that led to a consent agreement requiring reforms that are still being implemented.