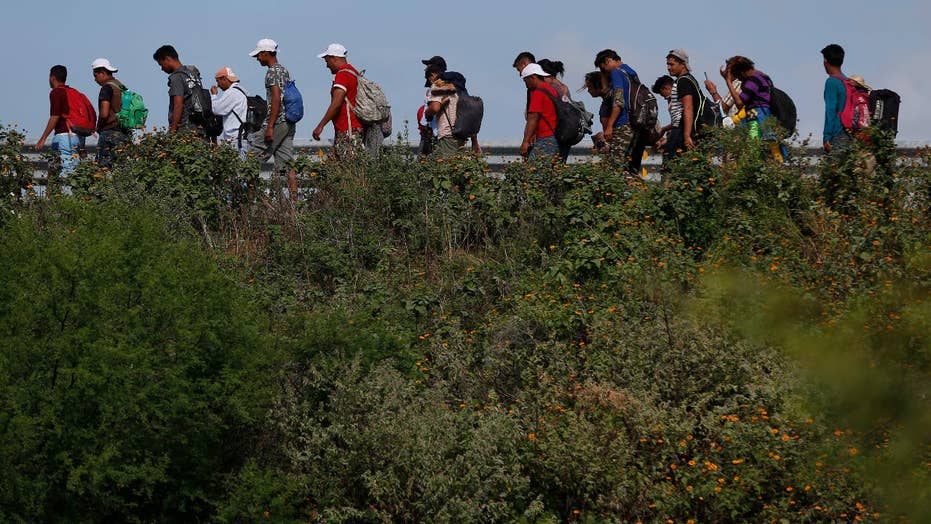 US general says more troops will deploy to southern border

Troops will be armed but only for self-defense at the border. Lucas Tomlinson reports.

The top U.S. military commander for North America said to expect more American troops to deploy to the southern border.

"What I can confirm is there will be additional force over and above the 5,239 (already heading to the border), the magnitude of that difference I don’t have an answer for you," Air Force Gen. Terrence J. O'Shaughnessy, head of U.S. Northern Command, told reporters Tuesday afternoon in an impromptu news conference in the Pentagon.

O'Shaughnessy did not have a cost estimate for the deployment of more than 5,200 troops to the southern border.

O'Shaughnessy said each service member deploying would “fully understand the rules of the use of force.” The general said “training programs” were being set up alongside Border Patrol personnel at Lackland Air Force Base in San Antonio, Texas.

Asked to comment on President Trump telling Fox News that “tent cities” would be set up for migrants, O'Shaughnessy said that mission would be left up to Homeland Security.

His forces would only be building tents for the Border Patrol, he said.

O'Shaughnessy said it was “undetermined” right now how many additional U.S. troops ultimately could be sent to the southern border.

“There could be further requests,” by the Department of Homeland Security, O’Shaughnessy said.

He did not know how many additional forces could end up going in all.

There are currently 1,000 additional U.S. troops on the ground right now in Texas, mostly at Lackland Air Force Base.

The active-duty forces are being sent to Texas on top of the roughly 2,000 National Guard troops currently positioned elsewhere along the border.

O’Shaughnessy said the caravan making its way to the U.S. border from southern Mexico is unlike previous caravans.

“This caravan is different than what we’ve seen in the past,” O'Shaughnessy told reporters at the Pentagon press conference.

“What we have seen is clearly an organization at a higher level than we have seen before. We’ve seen violence coming out of the caravan, and we have seen as they pass other international borders — we’ve seen them behave in a nature that we have not seen in the past,” he added.

Asked if the deployment of troops to the border was a "political stunt," O'Shaughnessy said "border security is national security." He said he was meeting a request from the secretary of Homeland Security to defend the southern border.