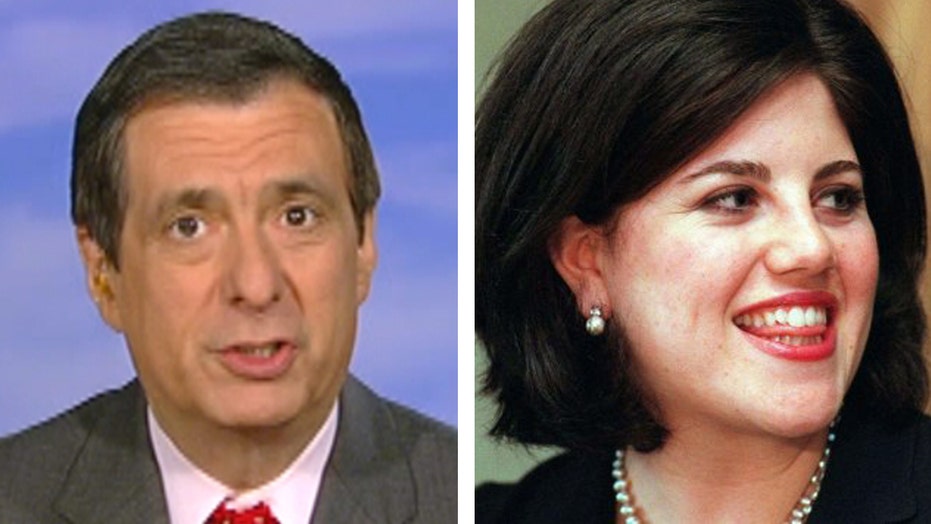 Kurtz: Monica Lewinsky has a point about cyber-cruelty

Can the humiliated Lewinsky lead the charge against online harassment?

The grand irony of Monica Lewinsky’s life is that she can’t stop talking about how the media humiliated her because that is the only thing she has to sell.

But her speech in Philadelphia attempted to fuse her tragic past with a current cause: a campaign against slut-shaming.

It seems impossible to talk about Lewinsky without rehashing the battles of 1998. Back then, she said on Monday, “I would go online, read in a paper or see on TV people referring to me as: tramp, slut, whore, tart, bimbo, floozy, even spy… Overnight, I went from being a completely private figure to a publicly humiliated one. I was Patient Zero.”

Let’s stipulate that as a White House intern who flashed her thong at Bill Clinton, Lewinsky made a tremendous mistake. (She says she felt “shame” and “came close to disintegrating.”) Let’s also stipulate that with Clinton in demand on the Democratic campaign trail 16 years later, it seems unfair that so much animosity should continue to be directed at Lewinsky for carrying on with her powerful boss. Indeed, after joining Twitter and posting a total of two tweets, she was flooded with nasty messages.

Does she have a point about the caustic cyberculture of 2014? The answer is undoubtedly yes.

Lewinsky has to stretch a bit to paint herself as “the first person to have their reputation completely destroyed worldwide via the Internet.” She was outed by the Drudge Report, but what Matt Drudge reported was that Newsweek was holding a story about special prosecutor Ken Starr investigating her affair with Clinton—a story that was broken days later by the Washington Post. (The online world was such that virtually all news organizations ignored the Drudge scoop.) So it was really what we now call the legacy media that triggered the events that led to impeachment.

And as Lewinsky acknowledges, “there was no Facebook, Twitter or Instagram back then. But there were gossip, news and entertainment websites replete with comment sections and emails could be forwarded.” Not to mention old-fashioned tabloids: “The New York Post’s Page Six took to calling me, almost daily, the Portly Pepperpot. I was shattered.”

But social media can be a very rough neighborhood, especially for women, and even more especially for women who have some kind of public profile. Every time I’ve asked a female journalist about this, on or off the air, it has touched a nerve. They talk about sexually abusive insults that disparage them and their looks. Some defiantly retweet these; others say they stay off Twitter or refuse to read their @ replies, while still others develop a rhino-like skin.

The latest example is the Gamergate furor, where video game developer Zoe Quinn was viciously attacked by an ex-boyfriend who described her allegedly cheating on him at voluminous length. Another game developer, Brianna Wu, said she and her husband had to leave their home, tweeting: “I want to be crystal clear - I am scared of the death threats I've gotten. I am terrified of the #gamergate blame-the-victim witch hunt.”

This has sparked a fierce debate about the male-dominated nature of video gaming, not unlike the tech industry, where some major-league whiz kids have had to apologize for sexist messages and misbehavior.

In Britain last year, an activist named “Caroline Criado-Perez faced a deluge of hostile tweets over the course of more than a day, including threats to rape and kill her, after she successfully campaigned for a woman's picture to be put on a new banknote,” as the Guardian reported.One of the more printable ones was “Die you worthless piece of crap.”

Lewinsky says she wants to “put my suffering to good use” and calls for “a cultural revolution. Online, we’ve got a compassion deficit – an Empathy Crisis — and something tells me that matters a lot more to most of us.”

All right, a revolution ain’t gonna happen. Social media are too massive for that. But how about an evolution? Could we begin to change societal attitudes by shaming the slut-shamers and make such behavior uncool?

Monica is a flawed messenger, to say the least. Anything she says tends to drown in recriminations over the blue dress and the Starr Report and the is-oral-sex-cheating debates of that era. But just as former felons take up prison reform and former drug addicts crusade about addiction, maybe her very notoriety is the ingredient that generates attention —at least judging by how many times I’ve seen clips of her speech replayed on television.