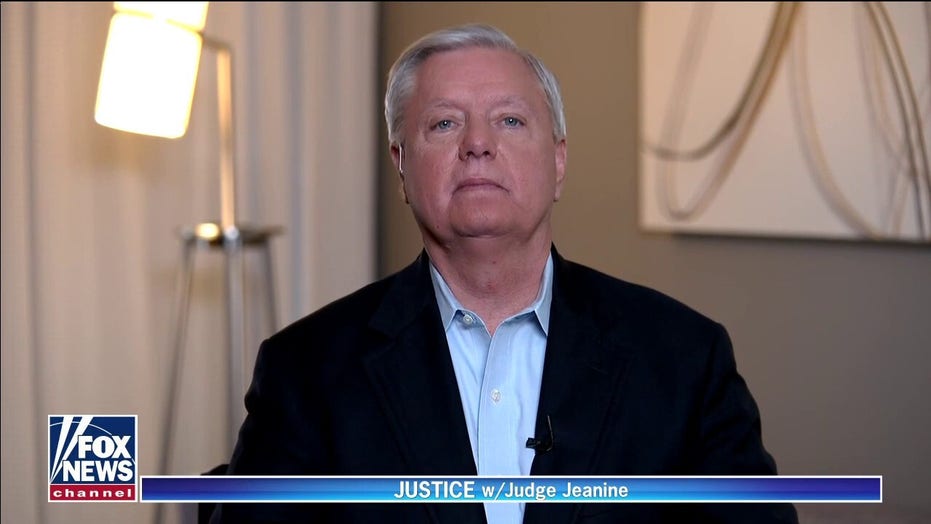 The Republican attorneys general of Missouri and Texas have teamed up to file another lawsuit against the Biden administration regarding border security measures, this time seeking to force the administration to resume construction of the wall at the southern border.

LEE ZELDIN ON MIGRANTS RELOCATING TO NY: WE NEED A SECURE BORDER, ANSWERS

Missouri Attorney General Eric Schmitt and Texas Attorney General Ken Paxton argue that the administration's halting of the wall's construction when President Joe Biden took office in January redirected funds appropriated for the project, and in doing so violated the separation of powers and the Take Care clause of the Constitution.

"Time and again, the Biden administration has refused to take concrete action to quell the worsening border crisis, inviting the cartels and human drug smugglers to take advantage of our porous border," Schmitt said in a statement. "Without a border wall, illegal immigrants, coyotes, and bad actors can simply march across our southern border and into the interior. The border wall needs to be built, the funds have been appropriated to continue to build the wall, and yet the Biden Administration outright refuses to do so."

"The Biden Administration’s flat refusal to use funds that have already been set aside by Congress to build the border wall is not only illegal and unconstitutional. It’s also wrong, and it leaves states like Texas and Missouri footing the bill," Paxton said in a statement, adding, "I will not sit idly by while this Administration wreaks more havoc on our state."

During a press conference in El Paso on Thursday announcing the lawsuit, Paxton said, "I'll just say to the President of the United States, 'Let's go Brandon!, we'll see you in court," sending a rallying cry for Biden critics.

Schmitt said during the presser that the president really believes in open borders and amnesty, then added in a comment directed to Biden, "If you're not going to do your job, we're going to make you do your job."