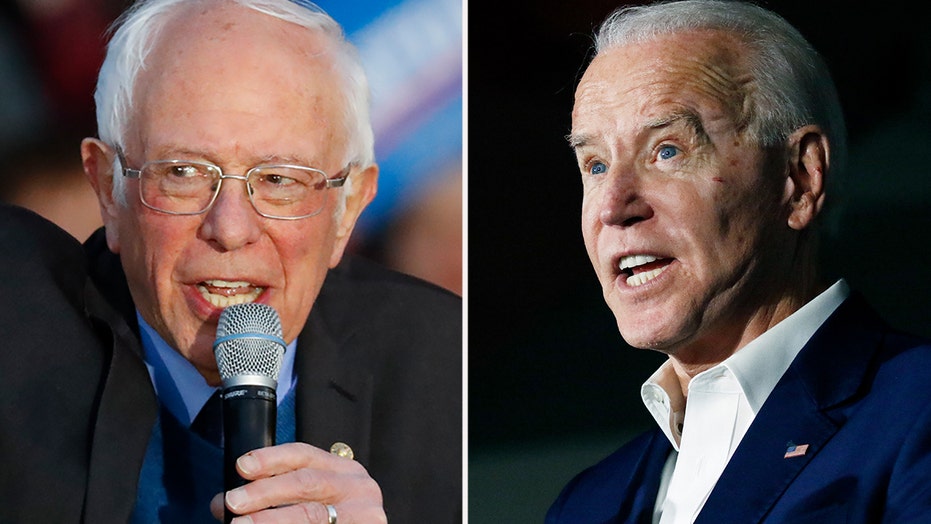 Biden and Sanders battle it out ahead of 'Mini Super Tuesday'

Full primary results from Michigan – the biggest prize of the six states holding primaries Tuesday – won’t be tabulated, at the earliest, until mid-afternoon on Wednesday.

That’s the word from officials with the Michigan secretary of state’s office – who said on Tuesday afternoon that the delay is due to a massive increase in absentee ballots.

A spokesperson with the office told Fox News that clerks are overwhelmed with absentee ballots.

Voters cast ballots at a polling station in Warren, Michigan, as the state holds its presidential primary on Tuesday, March 10, 2020

Thanks to a ballot proposal that passed in 2018,  all Michigan residents are now allowed to vote early by absentee ballot without an excuse needed. The same proposal also ushered in same-day voter registration on Election Day.

The spokesperson told Fox News that under the state constitution, election workers are not allowed to start processing absentee ballots until 7 a.m. on Election Day.

Last Wednesday Secretary of State Jocelyn Benson affirmed the security of Michigan’s elections ahead of the primary and explained that results would be reported later in the evening than in the past.

“It is important that all Michiganders, and in fact all Americans, know that results that come later in the evening do not suggest that errors or fraudulent activity have occurred,” Benson emphasized. “On the contrary, the later-than-usual results are evidence that clerks are working diligently to carry out the additional work on their plates in a way that is ethical and accurate. In other words, they are doing their jobs as all Americans would want them to.”

Benson repeated that warning Tuesday in an op-ed in USA Today.

Earlier Tuesday in Idaho – another of the six states holding March 10 contests – voters in Canyon County were briefly turned away from some polling locations after an apparent coding error in new $3 million voting machines that were being used for the first time.

Canyon County officials said that “several of our precincts experienced a coding error that led [to] some voters being unable to receive their ballots.”

Officials explained the error had been addressed and the machines were properly functioning. They added that voters were given the option to wait or come back later to cast their ballot.