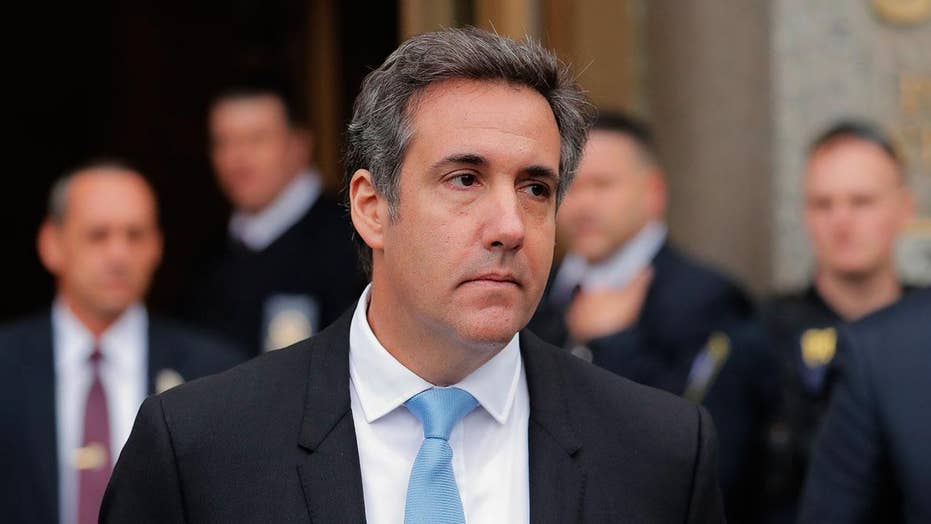 Should Trump be concerned Cohen could turn against him?

The president disputes claims that his long-time lawyer Michael Cohen could turn against him while under investigation.

While Deputy Attorney General Rod Rosenstein has told President Trump he is not the target of the investigation into Michael Cohen, the stunning FBI raid on Trump's personal attorney has spurred mounting speculation about what presidential communications, if any, the feds might have picked up.

The U.S. Attorney’s Office for the Southern District of New York says Cohen has been under investigation for months, and they were behind the raid. But the move has so rattled Trump's allies that Republican Rep. Jim Jordan on Monday plans to send a letter to Attorney General Jeff Sessions asking whether he was consulted.

"We're not talking about just any lawyer, it's the lawyer for the president of the United States," he told "Fox & Friends."

Cohen is being investigated by a grand jury probe for his personal and business dealings, which includes a $130,000 payment made to adult film star Stormy Daniels in exchange for her silence about an alleged sexual encounter with Trump in 2006. 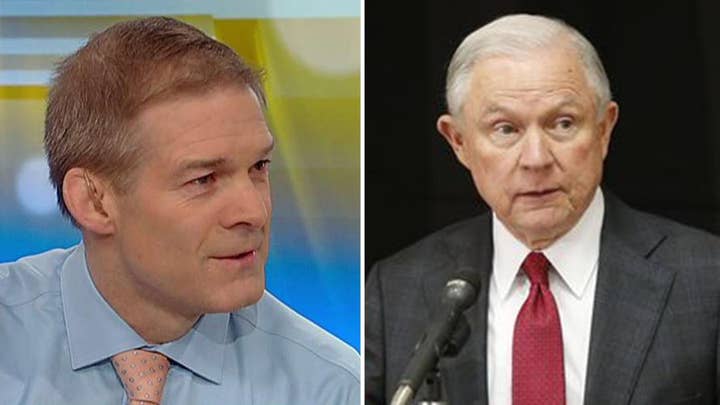 But Rosenstein made the claim without the benefit of knowing what is in the trove of documents seized from Cohen’s residence and office. Some questioned Rosenstein’s decision to make such a statement.

Judge Nap: Trump May Not Be 'Target' of Mueller Probe or Cohen Raid, But He Is a 'Subject'

“If I was [Sessions], I would fire Rosenstein on the spot,” one legal source close to the White House told Fox News.

What the trove of materials picked up by the FBI contains remains a mystery.

“The president is not out of the woods,” former high-ranking Justice Department official James Trusty, who served under the Bush and Obama administrations, told Fox News.

“There really has not been any visible change since he was apparently informed of his status as ‘subject.’ Not being considered a target of the Mueller probe does not mean he can’t still be charged as they obtain additional evidence," he said. "Not being a target for the Cohen investigation and search warrant is slightly reassuring, but again does not mean much in terms of whether he will ever be charged."

U.S. District Judge Kimba Wood last week denied a request from Cohen and Trump's team to first review the materials seized in the April 9 raid, saying she had faith in the Justice Department's "taint team" to isolate materials protected by attorney-client privilege. She added she would consider allowing a neutral third party requested by Cohen to weigh in.

Trump’s legal team had argued the president “has a unique interest in ensuring that every privileged item is fully protected from improper disclosure” and that the president should be able to review the seized documents.

“The President, the public, and the government have a vital interest in ensuring the integrity of the privilege review process, and the taint team is plainly inadequate to the task,” the filing said.

At the time of the raid, a source close to the Trump legal team called the raid “aggressive” and claimed it was designed to “squeeze the president.”

One possibility is that the raid might have picked up recordings kept by Cohen.

The Washington Post reported last week that Cohen often taped conversations with associates and that those records may have been among those items seized by federal investigators.

“We heard he had some proclivity to make tapes,” one Trump adviser told the Post. “Now we are wondering, who did he tape? Did he store those someplace where they were actually seized? . . . Did they find his recordings?”

Sources: Rosenstein said Trump is not target of Cohen probe

While any recordings would likely be subjected to attorney-client privilege and therefore isolated by the taint team, the Post notes that the privilege does not apply if the conversation was conducted to further commission of a crime.

Doug Burns, a former federal prosecutor, was more skeptical that the FBI has recordings of conversations between Trump and Cohen and also doubted they could have picked up conversations by a broader surveillance operation on Cohen.

“I doubt that the government recovered tapes of conversations between Trump and Cohen and those would really implicate attorney-client concerns,” he told Fox News. “Last, the government might (but I doubt it) have intercepted records of calls...but not the content of those calls.”

If Cohen had taped calls with Trump, experts said that it could be highly problematic for Trump.

“Tape recordings could be more overtly criminal than records or notes, due to the fact that people think it’s private and don’t know they’re being recorded, so the substance of the calls, if criminal-oriented, could make it easier for a judge (or an appointed special master) to rule that the privilege is destroyed,” Trusty said.

The Trump team is certainly not acting like it is out of the woods. On Thursday, in addition to hiring former New York Mayor Rudy Giuliani, the legal team hired Marty Raskin and Jane Raskin -- a husband-and-wife team of criminal lawyers. The Atlantic described the move as sending a message that “Trump is moving toward getting serious about a very serious investigation.”

On Friday, The New York Times reported more nervousness from the Trump team, reporting that Trump’s advisers are resigned to the possibility that Cohen could cooperate with federal officials about activity that could relate to Trump.

But Trump on Saturday, while not denying there is anything Cohen could reveal, asserted in an angry tweet (in which he blasted the Times for its reporting) that Cohen would never “flip.”

Burns told Fox News that the probe, apart from the legal troubles it poses, is also affecting Trump’s ability to govern.

"It is damaging his ability to govern obviously; much of the media is obsessed to it to the point of not reporting on the things he's actually getting done and it's causing rampant speculation,” he said.

Michael Avenatti, the lawyer for Stormy Daniels, said that Cohen had been set up as the fall guy for Trump and that he was not sure if Cohen “has the mettle to withstand it.”

“If I am correct, this could end very badly for Mr. Trump and others,” he said in a statement last week.