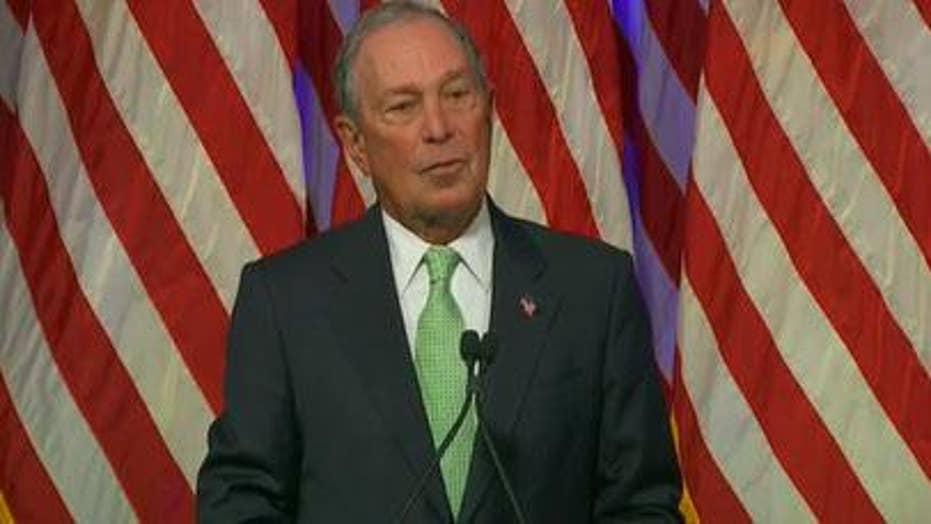 Former New York City Mayor Michael Bloomberg appeared to unwittingly use prison labor to make phone calls on behalf of his 2020 presidential campaign, according to a new report.

The Intercept reported on Tuesday that Bloomberg's presidential campaign had contracted a call center company called ProCom "through a third-party vendor." The report noted that two of the company's three call centers are "operated out of state prisons" in Oklahoma, with at least one of them using its prisoners to make phone calls for the campaign.

According to the report, prisoners from the Dr. Eddie Warrior Correctional Center, an all-women prison, had made phone calls to California voters and were "required to end their calls by disclaiming that the calls were paid for by the Bloomberg campaign." But as the Intercept noted in its report alleging that the campaign "exploited" the inmates, they did not reveal that "they were calling from behind bars."

The Bloomberg campaign acknowledged the apparent arrangement to the Intercept, but said they were initially unaware and have since severed ties with the vendor upon learning that it relied on prison labor. The campaign also confirmed these details when contacted by Fox News, saying they've asked vendors to better vet subcontractors going forward.

BLOOMBERG NEWS SLAMMED FOR 'HIT PIECE' ON SANDERS, WARREN DESPITE VOW NOT TO INVESTIGATE 2020 DEMOCRATS

"We didn’t know about this and we never would have allowed it if we had,” Bloomberg spokesperson Julie Wood said in a statement. “We don’t believe in this practice and we’ve now ended our relationship with the subcontractor in question.”

Bloomberg's news organization was also under fire this week for what has been described as a "hit piece" on Sen. Bernie Sanders, I-Vt., and Sen. Elizabeth Warren, D-Mass., despite a vow from the editorial board that it would not investigate the former mayor's Democratic rivals.