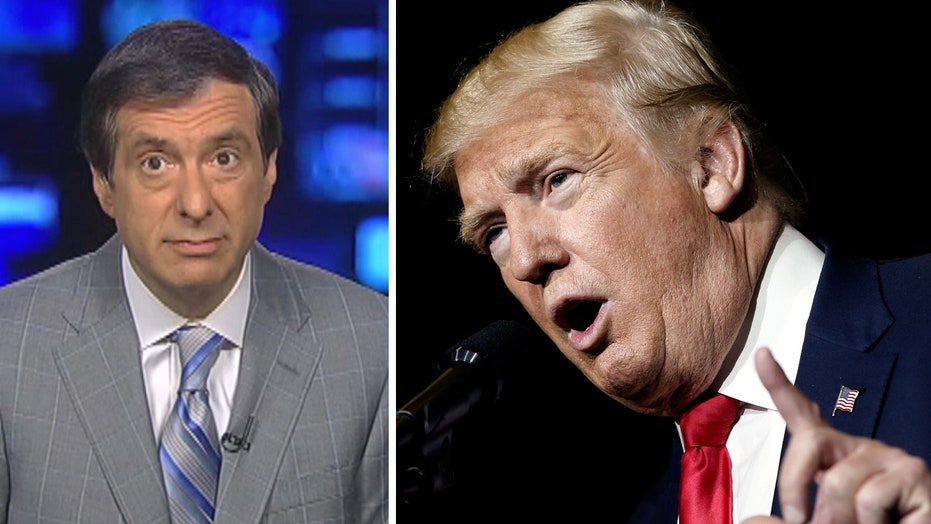 Somehow, this election that was supposed to reflect the public’s anger at a broken political system has morphed into whether Donald Trump or Bill Clinton is a more disreputable character when it comes to women.

The latest batch of allegations against Trump, carried by the New York Times and People magazine, puts the issue of sexual misconduct front and center, and little else will be able to break through the static. Forget taxes and terrorism, the transformation to a tabloid campaign is now complete.

Of course, as we learned with the winner of the 1992 election, character is crucial. And all these stories involve on-the-record accounts of Trump’s behavior.

But it’s possible to find the allegations troubling while also questioning their timing and whether it’s no accident that the women are breaking their silence a month before the election.

And as the Times notes at the bottom of its story, both of the women interviewed are Hillary Clinton supporters.

Trump went on the attack yesterday, after his campaign had accused the Times of a “completely false, coordinated character assassination” and he threatened to sue the paper (which essentially responded, bring it on).

Trump denounced “the slander and libels that was just last night thrown at me by the Clinton machine and the New York Times and other media outlets…These vicious claims, about me, of inappropriate conduct with women are totally and absolutely false.” There is no evidence tying the Clinton campaign to these stories.

The Times quoted Jessica Leeds as saying that when she sat next to Trump on a plane three decades ago, he “grabbed her breasts and tried to put his hand up her skirt.” It was, she said, “an assault.”

The paper quoted Rachel Crooks as saying when she bumped into the businessman at Trump Tower 11 years ago, “they shook hands, but Mr. Trump would not let go, she said. Instead, he began kissing her cheeks. Then, she said, he “kissed me directly on the mouth…

“It was so inappropriate,” Ms. Crooks recalled in an interview. “I was so upset that he thought I was so insignificant that he could do that.”

In both cases the paper spoke to others that the women had confided in months or years earlier.

When Times reporter Megan Twohey asked Trump about the claims in an interview, he told her: “You are a disgusting human being.”

“We walked into that room alone, and Trump shut the door behind us. I turned around, and within seconds he was pushing me against the wall and forcing his tongue down my throat.”

Stoynoff says Trump told her “you know we’re going to have an affair, don’t you?” and cited the famous New York Post cover on his affair with Marla Maples: “BEST SEX I EVER HAD.”

“Like many women, I was ashamed and blamed myself for his transgression. I minimized it (“It’s not like he raped me…”); I doubted my recollection and my reaction. I was afraid that a famous, powerful, wealthy man could and would discredit and destroy me, especially if I got his coveted PEOPLE feature killed.”

At his Florida rally, Trump said of Stoynoff: “Look at her, look at her words, you tell me what you think. I don't think so.”

The media’s reaction can be summed up in this lead sentence from Politico: “New allegations of Donald Trump groping women are sending the Republican nominee’s floundering campaign into a tailspin, with precious few days left for the billionaire to try to salvage his presidential bid.”

Tailspin seems overly dramatic. But these stories strike me as more dangerous than the “Access Hollywood” tape, where Trump merely boasted about grabbing women by the genitals and so on, only to dismiss it as “locker-room talk” and tell Anderson Cooper he’d never actually engaged in such conduct.

“If you believe in an accidental chain of events,” writes National Review’s Rich Lowry, “Trump’s taking of the bait on Alicia Machado led to the unearthing of the ‘Access Hollywood’ tape, which led to Cooper’s questions, which led to this. If you take a more suspicious view, the Democrats/media knew about this Trump vulnerability long ago, and waited to spring it when it would do maximum damage to his candidacy and the party.”

So here is the challenge for both Trump and the media:
If Trump is saying these women’s stories are too old to be relevant, what about those of Paula Jones, Gennifer Flowers, Kathleen Willey and Juanita Broaddrick, which were covered in the 1990s?

If Trump is saying women hurling accusations shouldn’t automatically be believed, what about Bill Clinton’s accusers?

(True, Clinton has admitted to sexual contact with Flowers as well as his tawdry dalliance with Monica Lewinsky. He has denied Willey’s groping allegation and Broaddrick’s rape allegation from 1978, which she initially dismissed in testimony in the Jones lawsuit.)

And for media outlets now going wild over the women’s claims against Trump, how can they say Bill Clinton’s misconduct isn’t fair game (even though he is just the candidate’s spouse)?

Perhaps we can agree on this: the campaign has taken a revolting turn heading into next week’s final debate.