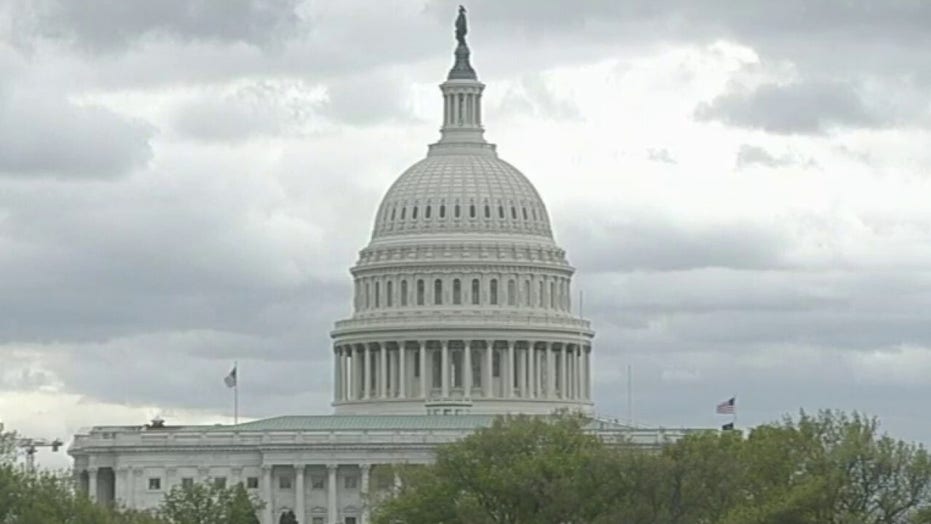 Congress to modify routines in a 'smart and safe' way; Chad Pergram reports.

Senate Majority Leader Mitch McConnell said Monday that the Senate will reconvene May 4, in-person, and will modify routines on Capitol Hill in “smart and safe” way amid the coronavirus pandemic.

Meanwhile, Fox News is also told that the House is looking at returning on May 4, too.

“Senators will return to Washington D.C. one week from today,” McConnell, R-Ky., said in a statement. “We will modify routines in ways that are smart and safe, but we will honor our constitutional duty to the American people and conduct critical business in person.”

If the House and Senate come back in earnest that day, such congregations on Capitol Hill fly in the face of guidelines as issued by the mayor of the District of Columbia, the governor of Virginia and the governor of Maryland.

McConnell said that the Senate “must focus” on steps to strengthen its response to the coronavirus crisis, while warning that the upper chamber “cannot get distracted by pre-existing partisan wish-lists or calls to paper over decades of reckless decisions that had nothing to do with COVID-19.”

McConnell added that the nation is asking frontline workers and small business owners to adapt in new ways and keep serving, while warning of “a massive tangle of federal and state laws could easily mean their heroic efforts are met with years of endless lawsuits.”

“We cannot let that happen,” he said. “Our nation is facing the worst pandemic in over a century and potentially the worst economic shock since the Great Depression. Our response must not be slowed, weakened, or exploited to set up the biggest trial lawyer bonanza in history.”

McConnell went on to say that the Senate will need to “expand and strengthen” protections for health care workers and those pushing to re-open the economy.

“This crisis has every part of our society in dire need of stability, clarity and certainty,” he added. “The Senate has already stepped up but our work is not over.”

McConnell has expressed skepticism about a potential “Phase 4” bill, even with the president pushing for one that could include a payroll tax cut for employees and provisions on infrastructure.

Democrats have called for funding for states in a fourth coronavirus relief package, but McConnell's latest comments on the request for funds have come under fire from top Democratic governors.

McConnell, last week on “The Hugh Hewitt Show,” said he would “certainly” be in favor of allowing states to use “the bankruptcy route” rather than sending governors more federal money to deal with their states’ deficits.

"I would certainly be in favor of allowing states to use the bankruptcy route. It saves some cities," McConnell said. "And there’s no good reason for it not to be available.”

Democratic governors like New York Gov. Andrew Cuomo slammed McConnell’s comments, as his state, which has become the epicenter of the virus in the U.S., and others have requested aid from the federal government amid the pandemic.

“One of the really dumb ideas of all time just came from Sen. Mitch McConnell. His suggestion to let states go bankrupt makes no sense. He says he doesn’t want a ‘Blue State Bailout.’ 15,000 people died — this is not the time for politics,” Cuomo said last week.

Cuomo said it was "vicious" for McConnell to suggest that "this is a blue state bailout.”

"What he is saying is, if you look at states with coronavirus problems they tend to be Democratic states," Cuomo said, noting New York, California, Michigan and Illinois. He added: "Don't help New York State because it is a Democratic state? How ugly a thought."