In this Nov. 7, 1991, file photo, Sen. John McCain, R-Ariz., left, is hugged by former North Vietnam Col. Bui Tin on Capitol Hill in Washington after a hearing of the Senate Select Committee on POW and MIA affairs. Tin oversaw a military prison operation dubbed the "Hanoi Hilton," where McCain was held prisoner during the Vietnam War. McCain, the war hero who became the GOP's standard-bearer in the 2008 election, died Saturday, Aug. 25, 2018. He was 81. (AP Photo/Dennis Cook)

From Vietnam to Germany, leaders from around the globe paid tribute late Sen. John McCain over the weekend -- praising his committment to world peace and diplomacy.

More than 50 years after his plane was shot down over Hanoi and he was taken as a prisoner of war, dozens of people on Sunday gathered at the city's Trúc Bạch Lake for a memorial service to McCain.

“His contribution to the Vietnam-U.S. relationship will be remembered.” Le Ma Luong, the former director of the Vietnam Military History Museum in Hanoi, told Reuters.

In Germany, Chancellor Angela Merkel called McCain "one of the great political personalities of our time” and offered her condolences in a statement tweeted Sunday by her spokesman, Steffen Seibert.

McCain was "a tireless fighter for a strong trans-Atlantic alliance; his significance went well beyond his own country," Merkel said.

She added: "John McCain was led by the firm conviction that the sense of all political work lies in service to freedom, democracy and the rule of law. His death is a loss to all those who share this conviction."

German Foreign Minister Heiko Maas added his own tribute to the Republican senator in a statement issued in Berlin on Sunday.

Maas said that "he stood for an America that is a reliable and close partner. An America that takes responsibility for others out of strength, and stands by its values and principles even in difficult moments — and bases its claim to leadership on that." 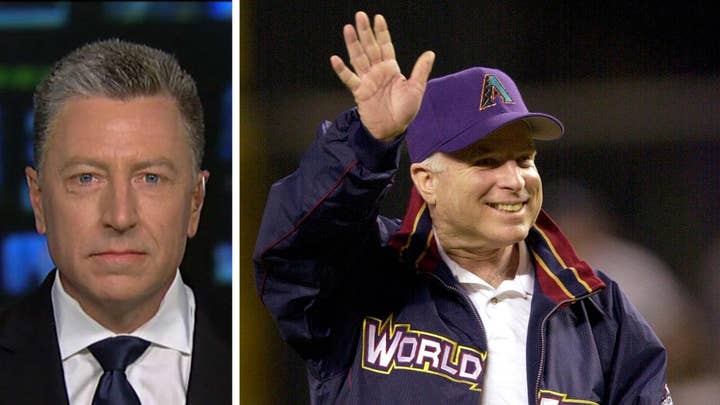 In neighboring France, French President Emmanuel Macron tweeted in English that McCain "was a true American hero. He devoted his entire life to his country."

Israeli Prime Minister Benjamin Netanyahu said on Sunday that he is deeply saddened by McCain's passing and will always treasure his friendship. He added that McCain was a "great American patriot and a great supporter of Israel."

Netanyahu noted that McCain's "support for Israel never wavered. It sprang from his belief in democracy and freedom."

McCain was a frequent visitor to Israel, and backed the country in the Senate. He strongly opposed the nuclear ambitions and militancy of its archrival Iran.

Other tributes poured in from across the Israeli political spectrum. Defense Minister Avigdor Lieberman called McCain one of Israel's greatest friends. Yair Lapid, head of the opposition Yesh Atid Party, lauded McCain as "a soldier with integrity in a world of politicians." 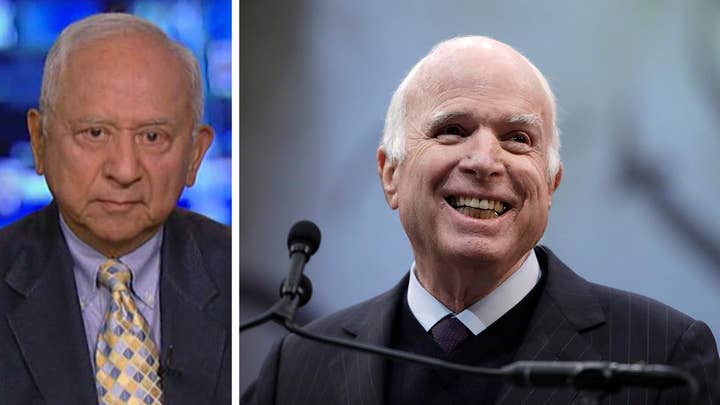 Officials in Pakistan also offered condolences over McCain’s death, saying he will be "greatly missed."

Foreign Minister Shah Mahmood Qureshi said in a statement Sunday that McCain had "always stood for strong Pakistan-U.S. relations and a cooperative approach for promoting peace and building stability in the region."

As chairman of the Senate Armed Services Committee, McCain made many visits to the region. In a visit to Pakistan last year, he said there could be no peace in neighboring Afghanistan without Pakistan's cooperation.

Pakistani officials said McCain often worked to ease tensions between Pakistan and the United States even as Washington urges the country to do more to crack down on Islamic militants operating along the porous Afghan border.

Back in Vietnam, the communist country’s former ambassador to Washington, Nguyen Quoc Cuong, praised McCain’s role in normalizing relations between Washington and Hanoi.

Coung wrote on his Facebook page that McCain was very proud of the monument erected by Vietnam at Trúc Bạch Lake, where mourners left flowers and other tributes to the late senator on Sunday. 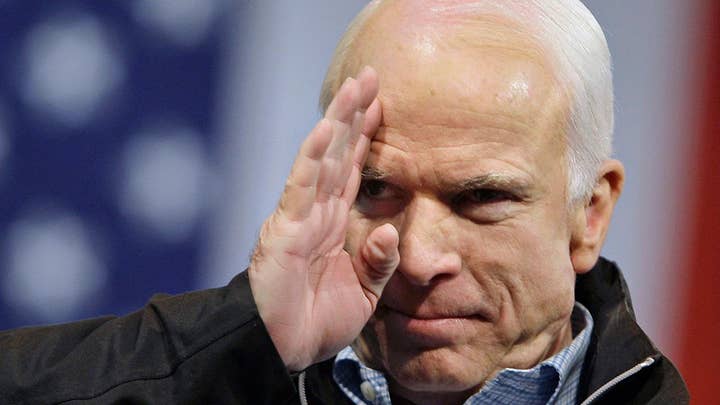 Coung wrote, "Each time during his visit to Vietnam, he often took other senators and friends to the monument."

Coung says there were times when McCain expressed concern that after he and Sen. John Kerry were gone, a new generation of American lawmakers would not fully understand the care with which to promote Vietnam-U.S. relations, and so he made a point to bring young senators with him on his visits to the Southeast Asian nation.