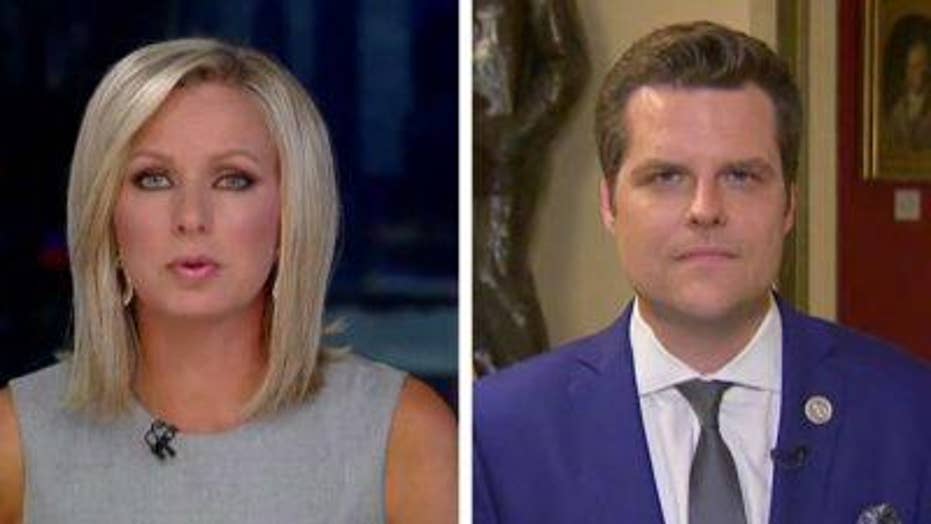 Marianne Williamson received the most notice her Democratic presidential bid will get when she compared ICE raids to conditions Jews faced in 1930s Germany, according to Rep. Matt Gaetz, R-Fla.

During a speech on Tuesday, Williamson, an inspirational author and self-help guru, told the audience she is Jewish and she was, "raised to say 'never again'."

"It's happening," Williamson said. "There are some people who would say to me, ah, Miss Williamson, I think this Jewish analogy - you've really gone too far there. This is not the same type of situation at all. Some of those people will be deported to places so dangerous that there it actually is no different."

During an appearance on "The Story" Thursday, Rep. Gaetz said the comments will not only get Williamson more attention than she has received so far in her campaign but that it is indicative of a problem within the Democratic Party. 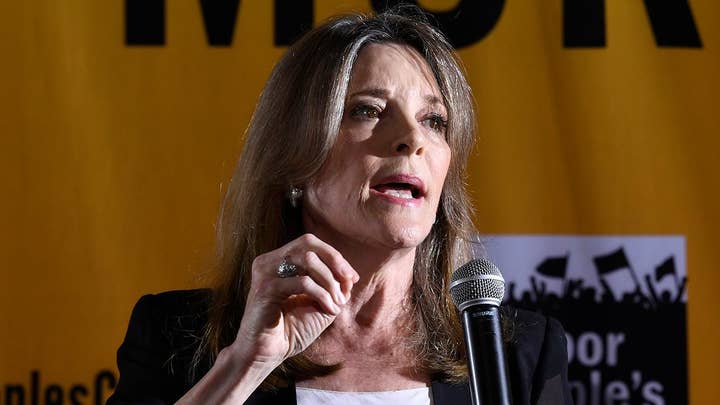 "This is probably the most attention that the Marianne Williamson presidential campaign will ever get," the lawmaker said.

"It's indicative of what is going on the primary side of the Democratic Party. Each [candidate] is trying to be a little more outrageous to get attention."

Gaetz admitted conditions in the facilities are bleak, but said the Holocaust comparison was inappropriate.

"We should never compare the challenges we face today to the extermination of six million Jews," he said. "When we do that, when we invoke the holocaust or concentration camps with great frequency, then it undermines and trivializes the true horror that existed at that time."