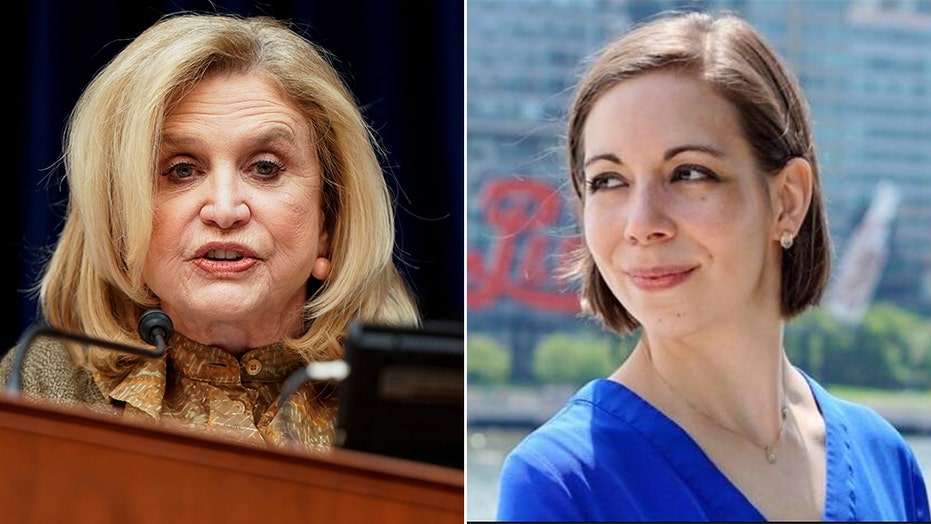 One of Ashcraft’s key campaign platforms is criminal justice reform, and in a statement to Fox News, she doubled down on her position.

For her part, Maloney, who helped spearhead the push for federally funded benefits for New York City’s first responders in the aftermath of the 9/11 terror attacks, has publicly supported a slew of House proposals that aim to achieve criminal justice reforms similar to the ones Ashcraft singled her out in the email for not co-sponsoring.

Maloney posted a list of them in a lengthy Twitter thread on Wednesday, a day before Ashcraft's fundraising email went out.

“To meet this moment, Congress must do more than decry these wrongs,” Maloney tweeted. “We must act.”

Among the proposals she said she supports is a resolution explicitly condemning police brutality in the wake of George Floyd’s death in Minneapolis, which was introduced by “Squad” members Reps. Ayanna Pressley and Ilhan Omar, along with Reps. Karen Bass and Barbara Lee.

Another was a bill introduced by fellow New York Rep. Hakeem Jeffries that would forbid police from using chokeholds.

Floyd died in police custody on May 25 -- and part of the incident recorded on video showed an officer kneeling on his neck for almost nine minutes. Eric Garner died in New York City in 2014 after an NYPD officer restrained him with a chokehold in another incident caught on video.

"As soon as I talked to the family and got the details and heard that among George's last words was 'I can't breathe,' with a knee on his neck, I immediately thought about Eric Garner," the Rev. Al Sharpton said as he delivered a eulogy for Floyd in Minnesota Thursday.

Floyd’s death sparked a wave of protests against police violence across the country, which both candidates have said they support.

Maloney was first elected to Congress in 1992. Her chief accomplishments include the Zadroga Act and its subsequent reauthorizations, which secured compensation and health care for first responders and others suffering from 9/11-related illnesses. She also authored the Debbie Smith Act, which increases funding for law enforcement to process DNA rape kits, according to her campaign website.

Also on Thursday in an unrelated tweet, President Trump blasted a push by people he called “Radical Left Democrats” amplifying calls to “defund the police.” Instead, he said he supports increasing money spent on law enforcement.