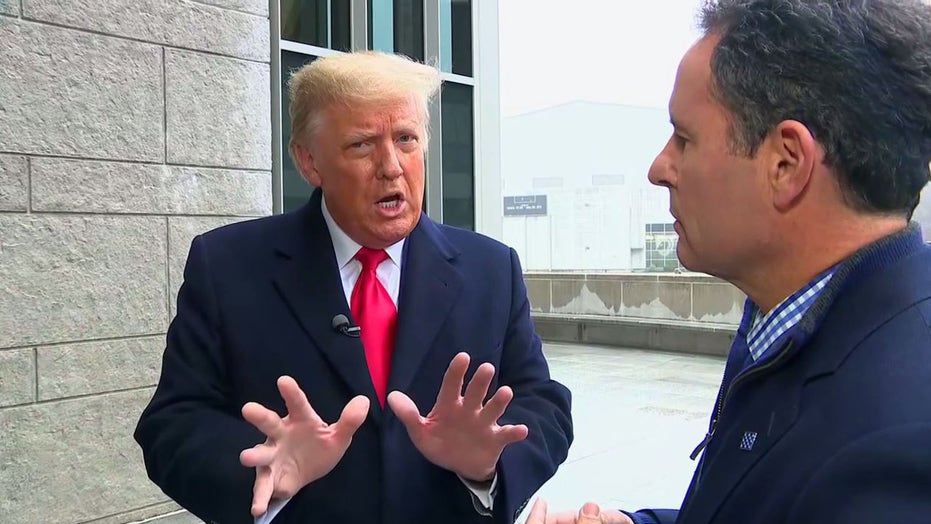 Trump on Supreme Court rejecting Texas election lawsuit: ‘I am so disappointed in them’

President Trump tells Brian Kilmeade no judge has ‘had the courage’ to hear the election integrity case.

The court said it "lacks the jurisdiction to consider the petition and rejects it."

Electors picked by each state are scheduled to vote Monday, formally picking Joe Biden as the next president.

Trump's lawyers had filed the lawsuit in Fulton County Superior Court, but after Georgia recertified its results, they appealed to the Georgia Supreme Court.

The president’s reelection effort suffered another defeat in federal court on Saturday, when U.S. District Judge Brett Ludwig dismissed a lawsuit that would have forced the state Legislature to declare Trump the winner of the state’s Electoral College votes over Biden.

The president’s legal arguments “fail as a matter of law and fact,” Ludwig said.

Also on Saturday, Trump's legal team argued before the Wisconsin Supreme Court to have hundreds of thousands of ballots tossed in heavily Democratic Milwaukee and Dane counties. The case was dismissed by a lower court but later picked up by the state’s Supreme Court. It doesn’t challenge votes in counties the president won.