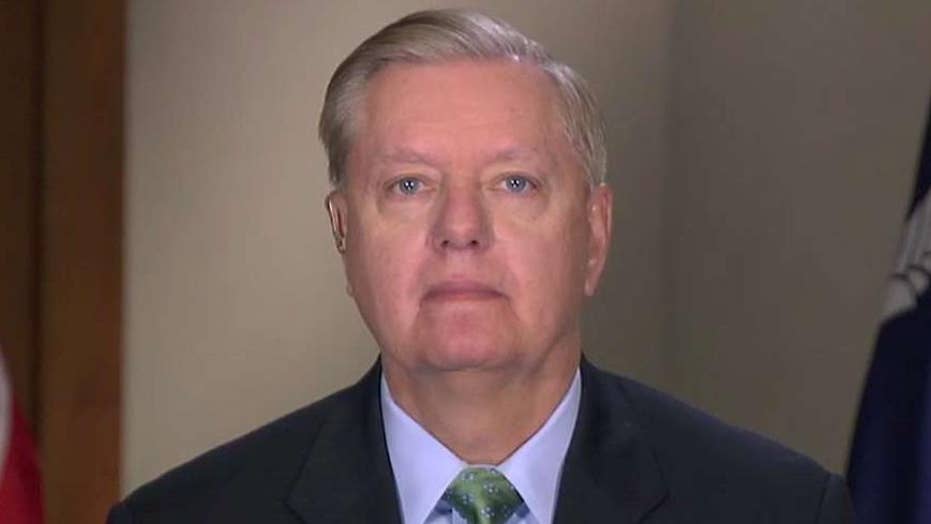 President Trump vows to uncover the origins of the Russia investigation for all to see; insight from Republican Senator Lindsey Graham.

Graham said that while Special Counsel Robert Mueller's investigation was "not a witch hunt" like Trump has claimed, he wants to know exactly how and why it began, and expressed suspicion for those who do not support Trump's decision to release the relevant documents.

Graham was referring to the process the FBI used in applying for a FISA warrant to monitor former Trump campaign adviser Carter Page. Republicans have claimed that the FBI improperly relied on and misrepresented information from Christopher Steele's unverified Russia dossier. Democrats have downplayed the role the dossier may have played in the process.

President Trump gave Barr the authority to declassify the relevant material in a memo Thursday night. A statement from White House Press Secretary Sarah Sanders said the president "directed the intelligence community to quickly and fully cooperate with the attorney general’s investigation into surveillance activities during the 2016 presidential election."

Graham endorsed the release of "all the documents around the FISA warrant application," and the origins of the Russia investigation, which was initiated by the FBI before ultimately being turned over to Mueller. "I think transparency's good for the American people," he told host Chris Wallace.

Graham lamented that while Democrats were eager to support him when he was in favor of Mueller's investigation, no one on the left is joining him in pushing for investigating its origins.

"Not one Democrat seems to care. I was the hero when I said 'let's support Mueller.' I wish some Democrat would come forward to find out if the FISA court was defrauded by the FBI and the Department of Justice," he said.

Graham said just as he supported the completion of the investigation while it was going on, he now wants to know whether it was conducted properly.

"I was one of the Republicans insisting that Mueller be allowed to do his job ... now I'm insisting we get to the bottom of this."