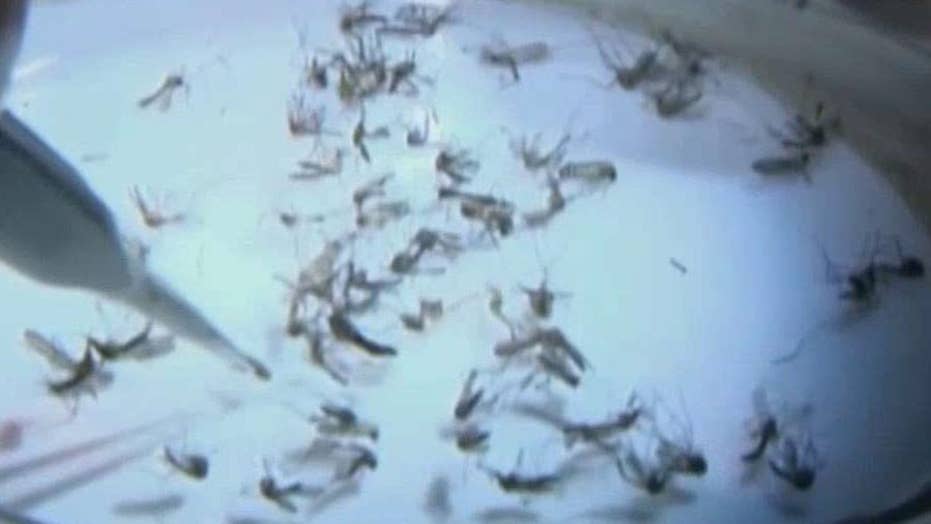 No one on Capitol Hill wants to catch “it.”

The “it” isn’t precise. But “it” is out there lurking.

Lawmakers wrestled with a panoply of complications as Congress rolled into Washington this week after the summer recess. In particular, congressional Republicans fret a misstep could expose them to a political contagion just two months before the election.

Many conservative Republicans want to impeach IRS Commissioner John Koskinen. But others are concerned how impeachment looks for the party and its precedent.

House Republican leaders aim to address the Democrats’ sit-in protest over guns and maintain House decorum. But some believe such a resolution could embolden Democrats and spark another sit-in.

The GOP brass wants to fund the government to avoid a shutdown at the end of the month. But they know they may have to move a bill with Democratic votes. That could infuriate the right.

And, somehow, Republicans want to fund efforts to combat Zika. Few issues are now more politicized in Washington than Zika. House Republicans say they were proactive in approving a Zika measure in June. Senate Democrats then blocked the plan in the Senate due to extraneous provisions about Planned Parenthood. There’s now an impasse with the sides blaming each other.

Tired of the bickering, Rep. David Jolly, R-Fla., brought a sealed, plastic canister teaming with 100 Aedes aegypti mosquitoes onto the House floor Wednesday morning. These mosquitoes weren’t carrying Zika, though they are the ones that typically host the virus.

“The politics of Zika is garbage right now,” declared Jolly, holding the canister as he spoke. “I brought those mosquitos here today to convey the fear and anxiety of millions of Americans and Floridians.”

Jolly wondered aloud how lawmakers would react if he loosed the mosquitoes in the House chamber. “Can you imagine, colleagues, the fear and anxiety?” asked Jolly.

Just as doctors pronounce the Hippocratic Oath, the GOP mantra could be “do no harm.”

IRS chief John Koskinen huddled with two coalitions of House Republicans Wednesday afternoon. It was an effort to short-circuit threats from the conservative House Freedom Caucus to impeach him over how his agency handled documents.

“It got pretty pointed,” said Republican Study Committee Chairman Bill Flores, R-Texas, who leads the largest bloc of conservatives in the House. “A little contentious.”

The House Republican Conference plans a meeting next week to discuss the merits and demerits of impeaching Koskinen. House Speaker Paul Ryan, R-Wis., isn’t game to impeach Koskinen. But when asked about what might happen, the speaker declared “the conference will work its will.”

Reps. John Fleming, R-La., and Tim Huelskamp, R-Kan., crafted the original impeachment resolution before the recess. The House Freedom Caucus doesn’t plan to bring up the resolution again before next week’s meeting. But Fleming tells Fox News it’s possible he would revive the resolution unilaterally before the session.

House leaders could then face a conundrum. Vote to impeach Koskinen or possibly move to aside Fleming’s effort. Such a maneuver – or a no vote by leaders – could cost them points with conservatives.

Work is underway on a Continuing Resolution or “CR.” A CR is a temporary funding measure to avoid a government shutdown. Senate Majority Leader Mitch McConnell, R-Ky., wants an interim bill to keep the lights on in Washington through Dec. 9. The leader hoped the Senate could start on the package next week. The government’s money runs out at the end of the month.

Many conservatives fear a lame duck congressional session after the election. They’d rather fund the government until next March.

Sources tell Fox News it could take the balance of the month to cobble together a CR – plus a separate plan to fund Zika efforts. It’s entirely probable Congress could blend the government funding package and the Zika bill together. And for some members, the sooner, the better.

The GOP leadership has yet to formally announce a response to the Democrats’ June sit-in on the House floor in protest of gun violence.

House leaders haven’t formally announced their plan. Fox News is told the leadership is leaning toward a resolution which “condemns” the protest and doesn’t sanction individual members. It would also address the Democrats’ use of social media to telecast the demonstration live from the House floor. The resolution may also touch on alleged verbal and even physical abuse by some Democrats of House floor staff. The House Rules Committee has scheduled a hearing next week to examine possible changes to House rules.

Any effort that goes further could invigorate Democrats on the gun issue. That’s to say nothing of inviting problems when the GOP leadership calls on Democrats to cough up votes to pass the CR or the Zika bill. It’s unlikely the GOP can provide the necessary votes on their own.

Rep. John Larson, D-Conn., helped organize the protest. He suggested Republicans could play directly into the Democrats’ hands with a measure which responds to the sit-in.

“By bringing up that resolution, that gives us the chance to make the point,” said Larson.

“I admitted we violated protocol. So did Rosa Parks.”

All of these subjects are a little like the mosquitoes in Jolly’s canister. They’re the legislative issues that carry potential for trouble. The possibilities for infection abound. But the trick for lawmakers is to navigate the coming days without “catching” anything before the election.