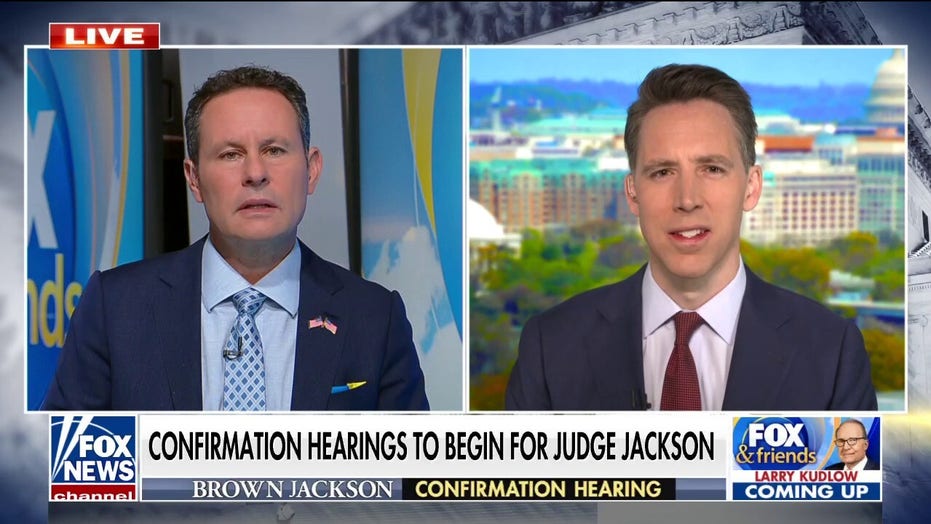 Ohio State University Moritz College of Law Professor Douglas A. Berman argued in a post on his blog "Sentencing Law and Policy" that "any review of Judge Jackson's CP [child pornography] sentencings must include proper context regarding the federal sentencing guidelines for CP which are widely recognized as dysfunctional and unduly severe."

Ketanji Brown Jackson, nominated to be a U.S. Circuit Judge for the District of Columbia Circuit, testifies before a Senate Judiciary Committee hearing on pending judicial nominations on Capitol Hill, April 28, 2021 in Washington, D.C. (Photo by Kevin Lamarque-Pool/Getty Images)

Berman went on to cite a recent U.S. Sentencing Commission report that explains that the child pornography sentencing guideline fails "to distinguish adequately between more and less severe offenders," and that "most courts believe [the guideline] is generally too severe and does not appropriately measure offender culpability in the typical non-production child pornography case."

Judge Ketanji Brown Jackson speaks after President Joe Biden announced Jackson as his nominee to the Supreme Court in the Cross Hall of the White House, Friday, Feb. 25, 2022, in Washington. (AP Photo/Carolyn Kaster)

"In other words, Judge Jackson was generally sentencing CP defendants in cases in which even the prosecution concluded mitigating factors meant that the guidelines were not a proper benchmark range in light of congressional sentencing purposes," Berman wrote.

"In other words, Judge Jackson's record in these CP cases does show she is quite skeptical of the ranges set by the CP guidelines, but so too were prosecutors in the majority of her cases and so too are district judges nationwide (appointed by presidents of both parties)," Berman added.

Hawley told Politico after meeting Jackson that he liked her "personally," but had issues with her record on crime.

When reached for comment about his post, Berman responded: "Has Senator Hawley or anyone else questioned or disputed my post? You are welcome to use what I say there in your work."

A spokesperson for Hawley's office directed Fox News to an op-ed the senator wrote laying out his concerns with Jackson's record.