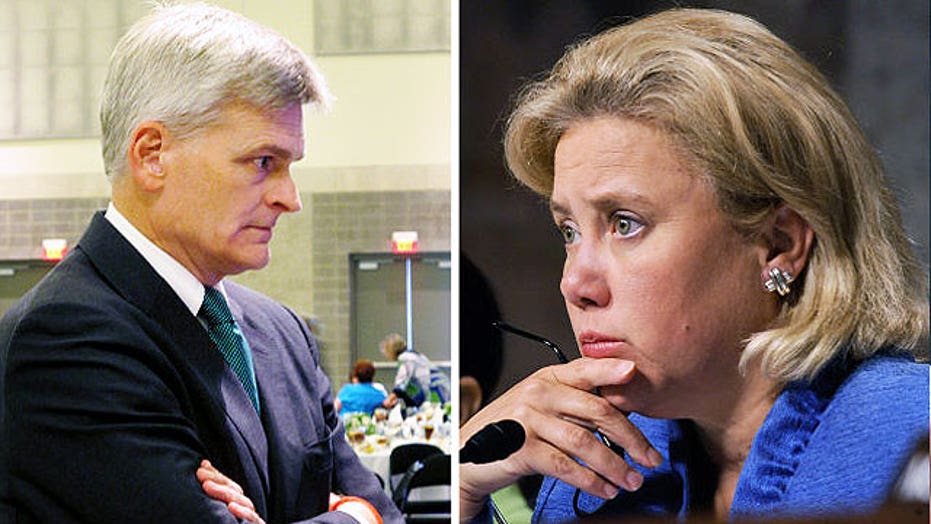 NEW ORLEANS – If Mary Landrieu loses the runoff election for the U.S. Senate in Louisiana this weekend, it won’t be for lack of trying.

The three-term Democratic senator has been barnstorming the state this week, driving some 1,200 miles in a rented SUV, stopping in little towns and bigger cities, making one last appeal to voters to give her a fourth trip to Washington.

“This election Saturday is going to be close,” she told an audience of mostly black voters in Grambling. “But we have had victory before and we are claiming victory again.”

Indeed, Landrieu has had some tough races. In her first Senate campaign, in 1996, she won the runoff by one-third of 1 percent. But this year, she faces headwinds quite different than the ones the rookie candidate did 18 years ago.

First is the changing political direction of Louisiana. Since 1996, the state has been steadily tilting right. White voters have been abandoning the Democratic Party here in ways that may make it impossible for a Democrat to be elected to federal office in all but the most heavily minority congressional districts.

Second is President Obama. He is deeply unpopular here – in particular – because of the oil and gas drilling moratorium he declared in the wake of the 2010 Deepwater Horizon disaster.

While Landrieu plays down the president’s effect on her campaign, it’s like she is towing a trailer with its brakes fully locked behind that rented SUV.

But when asked who would be to blame should she lose on Saturday to Republican Rep. Bill Cassidy, Landrieu is quick to say responsibility rests on her shoulders.

“I would imagine that people just didn’t think that I didn’t work hard enough or deliver more for the state and they decided to elect someone that they thought would be better,” Landrieu told Fox News.

In an effort to turn her fortunes around, Landrieu has thrown a couple of namesake long bombs deep downfield. The first was right after the November election, when she used all of her influence to ram a vote on the Keystone XL pipeline through the Senate. But her own team swatted the Hail Mary down, coming up a single vote shy of the 60 needed to pass.

Late last week, Landrieu tried another throw into the end zone, spinning up a controversy about Cassidy’s part-time job teaching at Louisiana State University’s medical school. Landrieu claims Cassidy was paid for work he didn’t do – including billing LSU during days he was in Washington, D.C. She went so far this week as to suggest Cassidy had committed “payroll fraud” and would face subpoenas over the matter. She also charged that Cassidy violated ethics rules by earning a salary outside his duties as a member of Congress. The Louisiana Democratic Party even found a willing medical practitioner to put their name on an official complaint with the Office of Congressional Ethics. Another Democratic group in Washington filed a second complaint.

While Landrieu does have a smattering of LSU time sheets, as well as emails discussing Cassidy's reduction from full-time professor to part-time, what she lacks is any smoking gun to back up her allegations.

When asked about that absence of hard evidence, she deflected. “Well, my opponent’s the one who has to prove that he worked, and there’s no evidence at all that he worked to pick up $50,000 a year,” Landrieu told Fox News.

At a campaign event in Metarie Friday night, Cassidy maintained he did nothing wrong. "That’s a desperate tactic by someone who’s kind of sad, who so much wants to retain that position of influence – I guess to support the President – that she’s willing to say anything," he told Fox News.

It’s unclear which voting bloc Landrieu believes the charges will resonate with. But she has stridently pushed it for the past week.

“I wish I had known about this a month or two ago, because I really would have worn him out over it,” she told Fox News.

Even if Cassidy did play fast and loose with time sheets and ethics rules, it likely comes too late to make any difference. Many voters made up their minds long ago.

Landrieu’s best – perhaps only -- hope for victory is a huge black voter turnout. But indications from early voting are that she may not get it. Democratic early votes for the runoff were down 18 percent from the Nov. 4 election -- 18,000 fewer blacks voted early. At the same time, Republican votes were up 4 percent. The potential net change for Cassidy is 26,000 votes. That’s more than Landrieu’s entire margin of victory on Nov. 4.

At campaign stops, Landrieu tries to mobilize black voters, deriding Cassidy as “disrespectful” to the president, suggesting that if Cassidy is elected, Republicans will try to impeach Obama.

Voters nod in acknowledgement and engage in a lively call-and-response with the senator when she makes such charges. Whether that enthusiasm will translate to the polls on runoff day, though, is an open question.

This election is significant in that it may extend the Republican majority in the Senate to nine seats.

But it is also important from the perspective of political history. Should Landrieu lose, the last vestiges of the old Democratic South will be swept away. She is the last remaining Democratic statewide officeholder across the entire region. Should Cassidy defeat her, Republicans will hold every Senate seat, governorship and legislature from Texas to the Carolinas.

Polls suggest that will be the likely outcome of Saturday’s election. In the RealClearPolitics average, Cassidy is up a whopping 18 points.

Landrieu is desperately fighting for a last-minute big score, but at the moment, Cassidy has the ball and is merely trying to run out the clock.