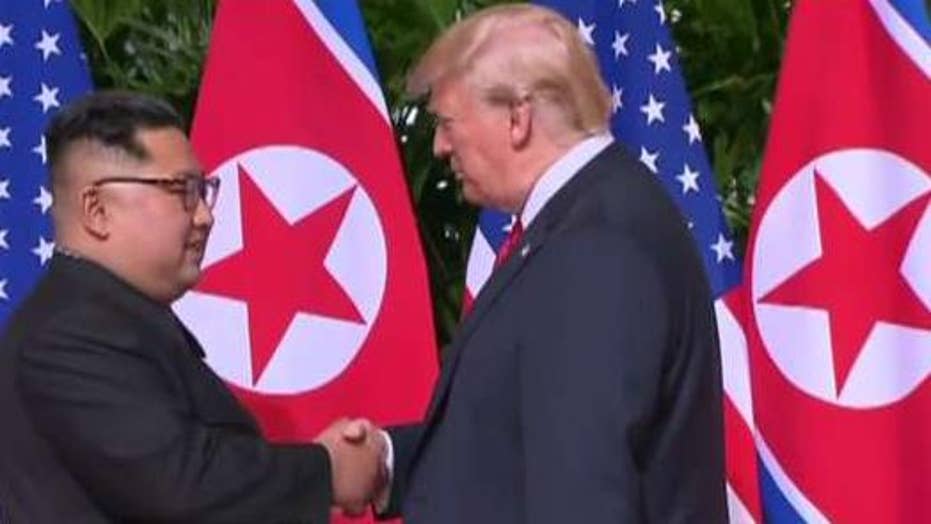 Even before the crucial summit took place, Kim’s visit to Vietnam has an added layer of significance.

The two communist countries have a long history of both friendship and tension, but the last time a leader from North Korea visited Vietnam was in 1964, before the two countries diverged in the 1970s.

Other than any steps made during the U.S.-North Korea summit between Trump and Kim, here’s how Kim’s visit to Vietnam will be significant.

Kim follows in his grandfather’s footsteps

The last North Korean leader to visit Vietnam — before Kim boarded his train earlier this week — was Kim’s grandfather and founder of North Korea Kim Il Sung in 1964.

Though there were certainly security reasons behind Kim’s decision to travel by heavily armored train, the move also mirrored his grandfather, who was known for his love of traveling by train. For the first summit in Singapore, Kim arrived via an Air China plane.

After arriving at the China-Vietnam border, Kim switched to a motorcade and drove the last 105 miles to Hanoi.

During his trip, Kim is also expected to tour some of the same sites his grandfather visited, including the province of Quang Ninh, Reuters reported.

Reminders of their positive relationship

One of the northern provinces of Vietnam that Kim’s expected to travel through is called Bac Giang, where North Korean Air Force personnel were deployed in aid to Vietnam during the Vietnam War.

North Korea sent three companies of pilots who would wear Vietnamese uniforms and fly 30 Vietnamese aircraft. The first contingent was sent from North Korea in 1966.

The original burial place of 14 North Korean pilots who died during the conflict is still marked in a Bac Giang rice paddy, though their remains were repatriated in 2002 after Vietnam and North Korea acknowledged North Korea’s involvement in 2000-2001.

Healing from past tensions

Kim Jong Un switched to a motorcade at the China-Vietnam border and drove the last 105 miles to Hanoi.  (AP)

North Korea began to back away from their relationship with the other communist country when Vietnam began discussing peace talks with the U.S. in Paris in 1968 in the middle of the Vietnam War.

It wasn’t until 1991 that the two countries would improve their relationship, the Times reported.

Aside from denuclearization talks, there is hope North Korea will be inspired by Vietnam’s economy, which has improved with foreign investments since the 1980s.

It’s possible Kim could visit a Samsung factory, a mark of the success Vietnam has found by opening trade, according to The New York Times.

When Secretary of State Mike Pompeo met with Kim and visited Vietnam last year, he told the North Korean leader that his country could have similar success to Vietnam’s, Aljazeera reported.

"Your country can replicate this path. It's yours if you'll seize the moment,” Pompeo reportedly said. "It can be your miracle in North Korea as well."