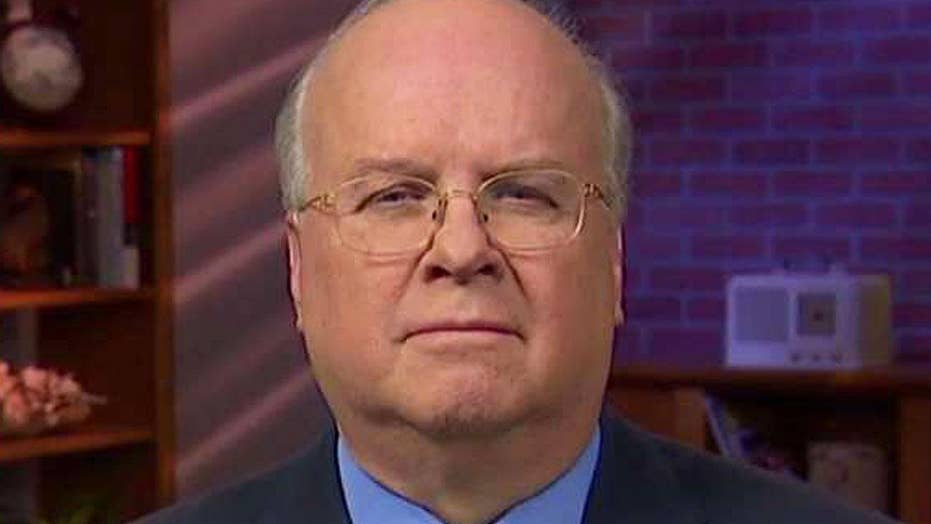 The New York Times report about President Trump telling the Russians in the Oval Office that firing FBI Director James Comey had relieved “great pressure” on him is a bigger story than the Washington Post’s Russia report, said Fox News contributor Karl Rove on ‘The Story with Martha MacCallum’ on Friday.

“It’s a confirmation of what we knew. Holt interviewed Trump who said, in essence, ‘I fired him because he was a pain,’” said Rove. “The direct connection between I faced great pressure because of Russia and that’s taken off and it just sounds unseemly.”

Another troubling aspect of the New York Times story, according to Rove, is that the notes were taken at a meeting attended by only four officials: Trump, Vice President Mike Pence, Sec. of State Rex Tillerson, and National Security Advisor H.R. McMaster.

“The idea that private notes from a presidential meeting like this would be circulated. This is in violation of several laws, they better find out who is doing this kind of stuff. Just as they could leak this to the press, someone could also leak details of the White House meeting to our adversaries just as easy as they leak this to the public to the Washington Post or the New York Times””

MacCallum asked Rove and Fox News contributor Marie Harf if we will get some answers from Comey when he testifies before the Senate Intelligence Committee after Memorial Day.

“This is going to be must-watch TV,” said Harf, who used to work in the Obama administration. “It will be very interesting to see how Comey plays this hearing, how forthcoming he is.”