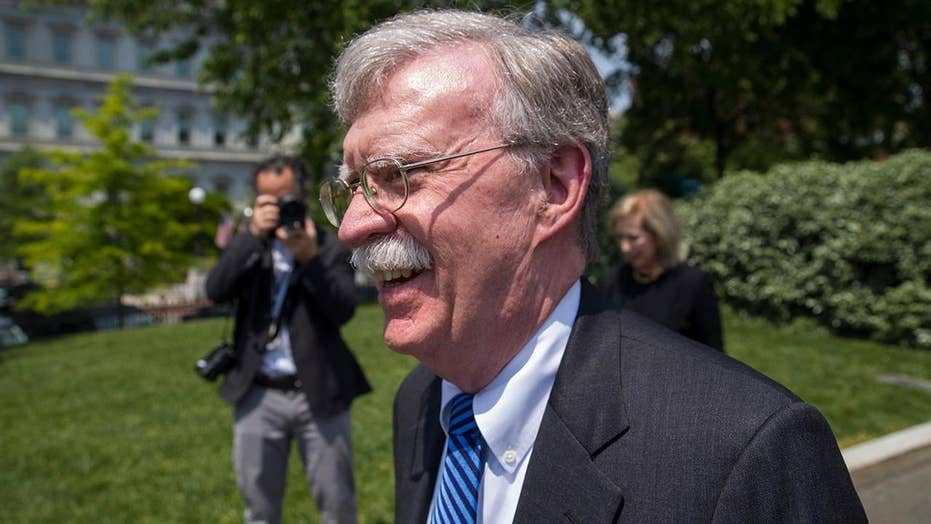 Bolton joined acting Defense Secretary Patrick Shanahan at the Pentagon to strategize about next steps for Venezuela; Gillian Turner reports.

National Security Adviser John Bolton on Saturday said that there is “no doubt” that recent short-range missile launches by North Korea are in violation of U.N. Security Council resolutions -- suggesting that the White House may be looking at putting a sharper edge on their diplomatic relations with dictatorship.

The former U.S. ambassador to the U.N. made the remarks ahead of President Trump’s four-day visit to Japan, and said Trump would talk with Japanese Prime Minister Shinzo Abe about “making sure the integrity of the Security Council resolutions are maintained."

North Korea’s tests earlier this month were the first launches since 2017 and are seen as a way to pressure the U.S. to compromise on its demands for North Korea to denuclearize.

The launches stopped in 2017 after an escalation in rhetoric from President Trump, who warned of “fire and fury” if North Korea kept up its aggression, and a slew of U.N. Security Council resolutions that imposed a broad range of sanctions on the country’s exports from from coal to seafood.

That in turn led to historic meetings between North Korean dictator Kim Jong Un and President Trump. The two leaders met in 2018 and earlier this year, but that relationship appears to have broken down since then. 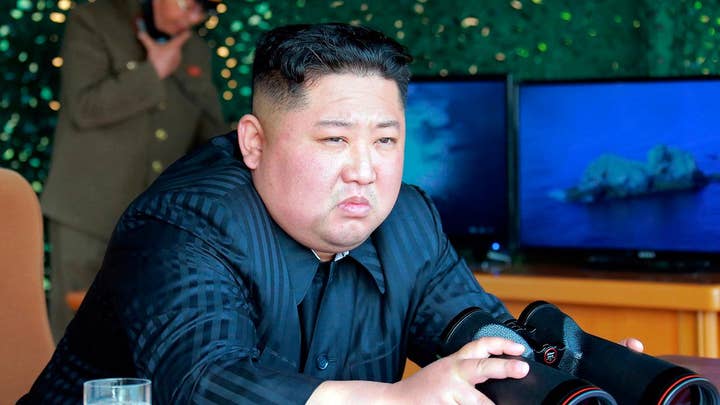 Bolton’s remarks are in contrast in tone to President Trump’s reaction to the launches. Trump tweeted this month Kim “knows that I am with him & does not want to break his promise to me.”

“Deal will happen!” he said.

Bolton on Saturday told reporters that the administration's position on denuclearization is consistent and described as “appropriate” the recent seizure of a North Korean cargo ship that was involved in banned coal exports. He added that the U.S. is prepared to resume talks at any point, saying that Special Representative Stephen Biegun is ready “to get on a plane and go anywhere.”

But Pyongyang on Friday said that negotiations won’t resume until Washington abandons its disarmament demands, and accused the U.S. of making impossible demands and therefore deliberately sabotaging the talks.

Bolton on Saturday said that he takes “much of what they say with a grain of salt” and suggested the two sides discuss the return of a U.S. naval intelligence ship held by the North Koreans since the 1960s.

Bolton also said he backs a summit between Kim and Abe, who has recently said he is willing to hold a summit with Kim without preconditions -- having previously said he would not do so without clear steps from the North Koreans to denuclearize.