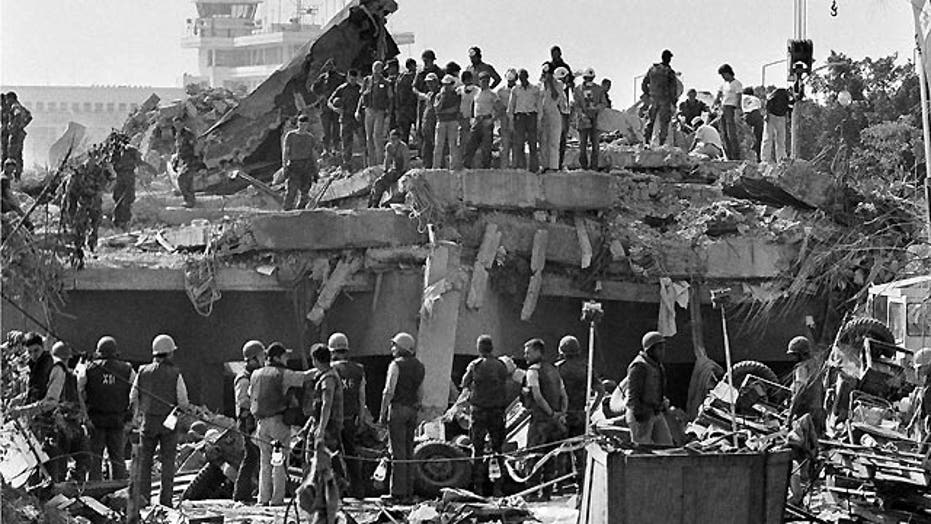 Reflecting on anniversary of fatal day for U.S. Marines

Thirty years after the Marine Corps barracks bombing in Beirut, one of the most horrific and formative terror attacks in American history, the new Iranian government appears to be thumbing its nose at the United States by appointing one of the alleged masterminds of that attack as its new defense minister.

On the morning of Oct. 23, 1983, an Iranian suicide bomber drove a Mercedes truck filled with 2,000 pounds of explosives into the Marine Corps barracks near the Beirut airport in Lebanon. The massive explosion flattened the building, killing 241 American servicemen, mostly Marines, who were sleeping at the time.

In a near simultaneous attack, another suicide bomber crashed into an international peacekeeping building nearby, killing 58 French soldiers. They were all part of a multinational force sent to keep the peace in the roiling Lebanese civil war.

Four days later, President Ronald Reagan addressed the nation from the Oval Office. He said: "This past Sunday, at 22 minutes after 6 Beirut time, with dawn just breaking, a truck, looking like a lot of other vehicles in the city, approached the airport on a busy, main road. There was nothing in its appearance to suggest it was any different than the trucks or cars that were normally seen on and around the airport. But this one was different. At the wheel was a young man on a suicide mission."

The U.S. and its European allies would soon learn that the attack was planned by the Iranian Revolutionary Guard Corps, which was at the time establishing Hezbollah as a proxy force in Lebanon.

While new Iranian President Hassan Rouhani lately has sought to ease U.S. concerns about its alleged pursuit of a nuclear weapon, survivors of the barracks bombing today say anyone aligned with that attack cannot be trusted.

Geraghty spoke at a remembrance ceremony at Camp Lejeune in Jacksonville, N.C., on Wednesday.

"The past three Iranian ministers of defense, including the current one selected a few months ago, all have peacekeepers' blood on their hands and are leading the Iranian lockstep march for the acquisition of nuclear weapons," Geraghty said.

Current Marine Corps Commandant Gen. James Amos also spoke at the event, saying the attack "defined the beginning of what become known today as the war on terror."

"What happened is that the multinational peacekeeping force that had been deployed to Beirut keep the peace in the war torn civil war all withdrew, the United States, the Italians, the French, the Brits -- everybody pulled out," North said. "And that was the lesson that was learned, by radical Islamic terrorists, in the aftermath of both the embassy bombings and the Marine barracks."

Also at the remembrance ceremony Wednesday was Sgt. Donald Giblin, brother of Sgt. Timothy Giblin, who was killed in the bombing.  Both brothers were there that day, but Donald was outside the building and managed to survive.

"What happened 30 years ago is happening today," Donald told Fox News. "Now you all know. We were the beginning of the new war. We were its first casualties. But we survived and we lived. And we're here."