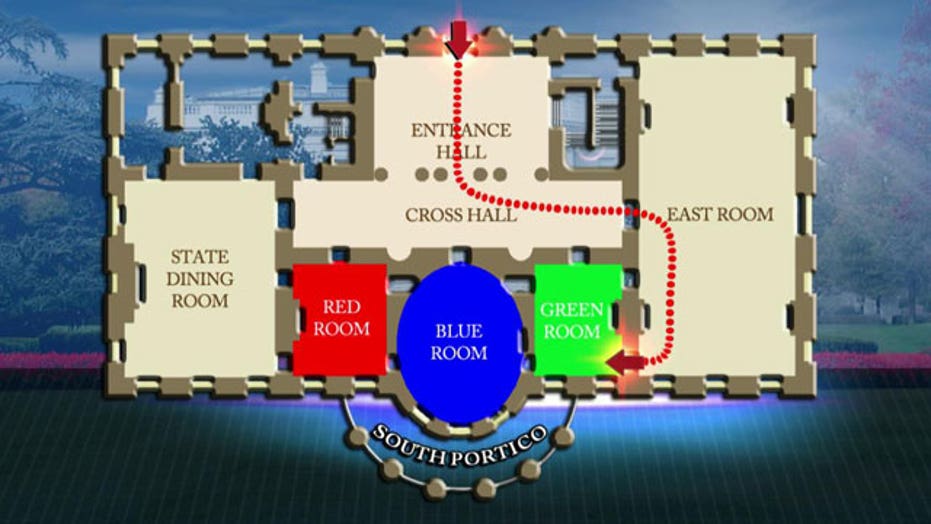 The blow-by-blow narrative of how a determined intruder was able to break through multiple rings of security and enter the White House on Sept. 19 is still coming to light.

But based on testimony, multiple interviews and court documents on what happened that day, the following is an account of what is known to date about that tense encounter which led to an alarming struggle inside the White House residence:

-- “Moments later,” according to the court document, the intruder went through the north doors of the White House and entered the building. He entered through an unlocked door.

-- At that point, Secret Service Director Julia Pierson confirmed in testimony on Tuesday, the intruder “knocked back” a Secret Service officer posted near the door. Pierson said Gonzalez and the same officer then crossed the East Entrance Hall together, made a left turn down another hall and “stepped momentarily into the East Room.”

-- As the suspect got deeper into the White House, sources said there was a struggle and a lot of “wrestling.” According to Pierson, another officer showed up and got Gonzalez on the ground, “on the carpet and handcuffed.” Gonzalez was apprehended in the hall, just outside the nearby Green Room. House Oversight and Government Reform Committee Chairman revealed Tuesday that, in the course of this breach, at least five rings of security were breached.

-- According to the affidavit, after the intruder was apprehended, a Secret Service officer searched him and recovered a Spyderco VG-10 “black folding knife” from his pants pocket. The three-and-a-half-inch knife had a serrated blade.

-- After he was caught, the suspect told a Secret Service agent he was concerned the “atmosphere was collapsing” and needed to inform the president “so that he could get the word out to the people,” according to the affidavit.