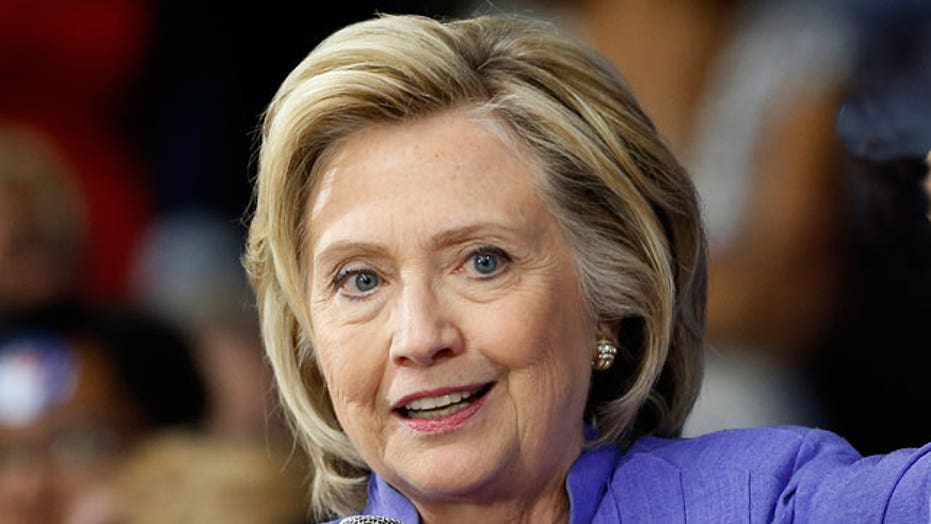 Cybersecurity and legal reaction to the e-mail saga on 'Hannity'

Dozens of emails that passed through Hillary Clinton's server during her time as secretary of state reportedly contained information automatically considered classified by the U.S. government and State Department's own regulations.

According to Reuters, at least 30 e-mail threads dating from as far back as 2009 contained what the State Department describes as "foreign government information." That number represents scores of individual emails that have already been made public, including 17 sent by Clinton herself. At least one of those emails was sent to longtime supporter Sidney Blumenthal, who did not hold a government position at the time.

The report says that the State Department identified the emails as containing "foreign government information" when it retroactively classified them upon their release earlier this year. However, the regulations say that such information, defined as having been provided orally or in writing to U.S. officials by their foreign counterparts in confidence, must be "presumed" classified, regardless of whether it is initially marked that way.

Reuters said the State Department disputed the report's analysis, but declined to say how it was incorrect.

"We do not have the ability to go back and recreate all of the various factors that would have gone into the determinations," State Department spokesman Alec Gerlach wrote in an e-mail,after initially accusing Reuters of making "outlandish accusations" about the emails. Reuters said it could not establish whether the State Department was applying its rules in a different manner from when the emails were first sent.

If true, the regulations would undercut Clinton's defense that she never sent or received information that was marked classified at the time it passed through her server. The Reuters report says that the government's standard nondisclosure form warns employees authorized to handle classified information that it may not be marked as such in writing and that a determination about its secrecy may be made orally.

"It's born classified," said J. William Leonard, a former director of the U.S. government's Information Security Oversight Office. "If a foreign minister just told the secretary of state something in confidence, by U.S. rules that is classified at the moment it's in U.S. channels and U.S. possession."

The report comes amid an ongoing federal investigation over whether Clinton mishandled classified information that passed through her so-called "homebrew" server during her tenure as America's top diplomat. On Thursday, a federal judge ordered the State Department to work with the FBI to try to recover approximately 31,000 emails that Clinton had described as personal. The Democratic presidential frontrunner has repeatedly denied any wrongdoing.

Reuters reports that the unredacted portions of the emails appear to indicate information from one prime minister, one foreign minister and several intelligence chiefs. One e-mail, dated from November 2009, comes from the principal private secretary to then-British Foreign Secretary David Miliband and is addressed to top Clinton aide Huma Abedin. The British official writes that Miliband "very much wants the Secretary (only) to see this note." Abedin forwarded the e-mail to Clinton's private account.

A spokeswoman for one of the governments whose information appeared in the emails told Reuters that the information was shared confidentially with Clinton and her senior staff, making it classified according to the regulations. The spokeswoman said her government expected all private exchanges with U.S. officials to be treated as confidential.

According to State Department regulations in force in 2009, department employees "must ... safeguard foreign government and NATO RESTRICTED information as U.S. Government Confidential" or higher. Confidential information is considered the lowest level of classification for information that could harm national security if leaked, behind "Secret" and "Top Secret".