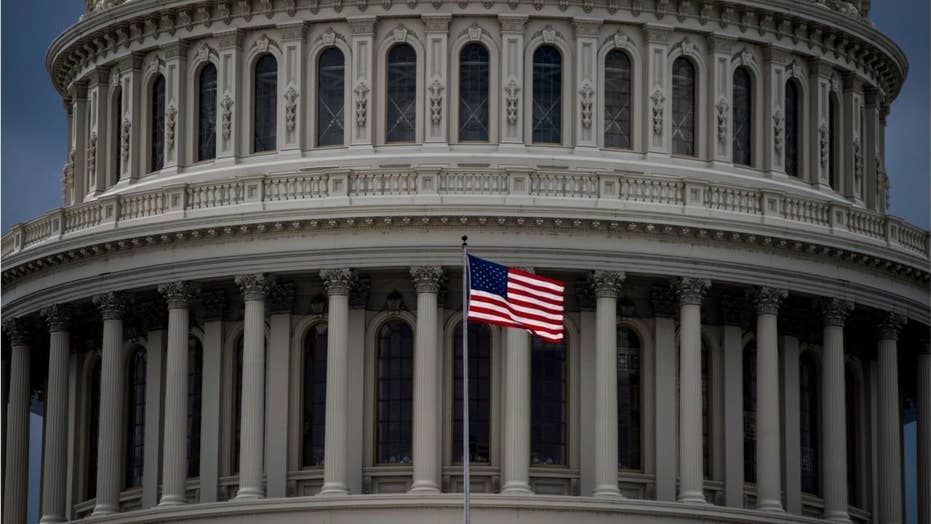 Some red-state Democrats are worried that Pelosi’s impeachment push will cast too wide of a net, killing any hopes for them to retake the Senate in 2020.

Some red-state Senate Democrats are fretting that the ongoing House impeachment inquiry could expand uncontrollably and become a “kitchen sink” of complaints about President Trump, Fox News has learned.

The senators have told Minority Leader Chuck Schumer, D-N.Y., that leadership cannot allow liberal Democrats to push for the inquiry to include allegations about Trump illegally using his office to enrich himself or relitigate findings from Special Counsel Robert Mueller’s probe of Russian election meddling in 2016.

Instead, Manchin and Tester said, the inquiry should stay very narrowly focused on Ukraine. Last month, a whistleblower complaint was released alleging Trump, holding back on Ukraine military aid, pressured his Ukrainian counterpart to look into former Vice President Joe Biden's push to oust a top prosecutor there. This, while his son Hunter Biden sat on the board of a Ukrainian gas company.

Trump and the White House have denied doing anything wrong in the call.

A former senior party aide told Fox News: “If Democrats lose focus on the charges of foreign corruption and election interference, so will voters. Democrats need to stay laser-focused on one issue and not allow their base to drag them in 20 different directions. They saw this playbook work in 2018 where they focused on health care. Hopefully, they will run the same play with impeachment.”

Immediately after Democrats launched their formal impeachment inquiry last month, Rep. Alexandria Ocasio-Cortez, D-N.Y., openly declared that Ukraine was just one of many reasons to begin proceedings against the president.

“What is going on is that the president has committed several impeachable offenses. He, himself, what he has admitted to, is already impeachable, regardless of future developments,” Ocasio-Cortez said, referencing potential Emoluments Clause violations.

She also said this past April, “I think you could reach in a bag and pull so many things out that are impeachable of this president.”

The conversations came as a new poll showed American voters evenly split --  47 percent to 47 percent -- on whether Trump should be impeached and removed from office. The findings in a Quinnipiac University national survey released Monday erased a 20-point gap against impeaching the president in the previous Quinnipiac poll seen just a week ago. In the earlier survey, voters opposed impeachment, 57 percent to 37 percent.

Polling in key swing states, however, has not been made available. The formal impeachment inquiry began last month after a flurry of swing-district Democrats in the House pushed Speaker Nancy Pelosi, D-Calif., to act.

Speaking to Fox News on Monday, former Attorney General Eric Holder said it was impossible to be sure what impact impeachment proceedings would have.

“I'm not sure that anyone can really gauge that,” Holder said. “I'm not sure if this is going to help Democrats or hurt Democrats, but I think it's the right thing to do.”

"I'm not sure if this is going to help Democrats or hurt Democrats."

In a separate interview on Monday, Holder suggested Democrats might have a tough election year -- for a head-turning reason.

Meanwhile, Fox News has confirmed that State Department Inspector General Steve Linick will come to Capitol Hill to meet with House and Senate Committee aides Wednesday regarding the Ukraine matter.

Tension between Congressional Democrats and the State Department has grown in connection with the Ukraine matter; questions have arisen over permitting State Department-related witnesses to appear for transcribed interviews and provide documents for the impeachment probe.

For now, most Democrats have remained focused on the Ukraine inquiry, and on Monday they subpoenaed Rudy Giuliani, the president's personal lawyer. That was after one of Trump's staunchest defenders, Senate Majority Leader Mitch McConnell, R-Ky., said he would have “no choice” but to consider articles of impeachment if the House approved them.

With Congress out of session for the Jewish holidays, Democrats moved aggressively against Giuliani, requesting that by Oct. 15 he produce “text messages, phone records and other communications” that they consider possible evidence of misdeeds in connection with the Ukraine matter. They also requested documents and depositions from three of his business associates.

Biden's presidential campaign has itself targeted Giuliani, requesting in a letter on Sunday that major news networks not invite him on air anymore, after Giuliani spent the morning on a series of talk shows aggressively highlighting what he called Biden's apparently corrupt dealings in Ukraine and China.

Republicans have continued to raise money over Democrats' impeachment efforts, as they sought to use the probe to fundraise and highlight Dems' own potential misconduct. Top Democrats seeking the White House took in a collective $56 million over the last three months, but in a sign of what they're up against, Trump and his allies raised $125 million.

Top Republicans have increasingly questioned details concerning the whistleblower complaint that has formed the basis of the impeachment inquiry. The inspector general for the intelligence community said late Monday that the whistleblower claimed to have firsthand knowledge of misconduct -- a claim that appeared to conflict with documents sent to Congress and the director of national intelligence.

"As I learn more and more each day," Trump tweeted late Tuesday, "I am coming to the conclusion that what is taking place is not an impeachment, it is a COUP, intended to take away the Power of the People, their VOTE, their Freedoms, their Second Amendment, Religion, Military, Border Wall, and their God-given rights as a Citizen of The United States of America!"