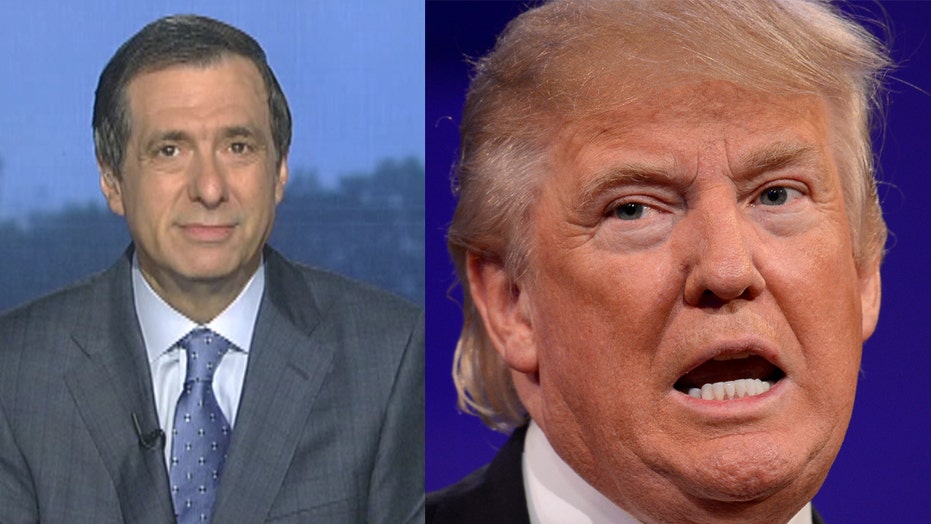 It’s not much of an overstatement to say that the press swooned over Donald Trump’s trip to Mexico and gagged over his speech in Arizona.

It’s hard to believe it happened on the same day—and is quite revealing of how the media world is handling the volatile issue of illegal immigration (as well as how polarized they are over Trump).

Of course, some outlets just scoffed at the whole day. Politico, in a news story, said Trump had been “playing at diplomacy in Mexico,” that his speech made clear that what happened there, “much like his campaign's two-weeks of gentle walkbacks, was a ruse.” And, for good measure, called the entire episode a “farce.”

But let’s take a step back. Even some of Trump’s harshest critics gave him kudos for the gamble he took in Mexico City. He appeared on the world stage with Enrique Pena Nieto, handled himself well, and both men spoke of having an open and constructive conversation.

Sure, Trump had claimed that making Mexico pay for a border wall hadn’t come up, while Pena Nieto later said he made clear his country would do no such thing. But diplomacy doesn’t mean hammering away on the most divisive issue the first time you meet a foreign leader, especially if you’re, well, not yet president.

Every challenger, and especially one who’s never held elective office, has to pass a commander-in-chief test. So those images were especially valuable for the billionaire outsider. And had he simply returned to Trump Tower, he would have basked in 48 hours of positive coverage.

But instead he gave the loud and fiery address in Phoenix, and the New York Times couldn’t hide its disdain:

“Yet the juxtaposition of Mr. Trump’s dual performances was so jarring that his true vision and intentions on immigration were hard to discern. He displayed an almost unrecognizable demeanor during his afternoon in Mexico, appearing measured and diplomatic, while hours later he took the stage at his campaign rally and denounced illegal immigrants on the whole as a criminally minded and dangerous group that sows terror in communities and commits murders, rapes and other heinous violence.”

For the record, I don’t believe he denounced illegal immigrants “on the whole” as criminals, though he certainly played up the dangers of allowing them to stay here without being vetted and emphasized that those with criminal records would be booted out.

(The Times piece also went through a significant rewrite after the first edition, as you can see here.)

Much of the press didn’t really credit Trump for dropping his mass deportation plan in favor of dealing with the non-criminals of the 11 million illegal immigrants in several years, after the rest of his plan is in place. Instead, there were observations that his base might not like the change.

And while the left trashed the speech as “unhinged and demagogic,” as Salon put it, the underlying tone elsewhere was that Trump was consumed with throwing red meat to the anti-immigrant crowd, and parading relatives of those killed by illegal immigrants.

By yesterday, Trump was back to telling supporter Laura Ingraham on her radio show that “there’s quite a bit of softening” in his plan.

Now there’s legitimate media criticism to be made of whether Trump was sending mixed messages at Wednesday’s twin events, and whether the speech did nothing to draw moderate voters to his cause.

But for a decade now, the mainstream media mindset has been in favor of modest immigration reform. That was true when George W. Bush was pushing it. It was true with the Republican “autopsy” after 2012. It was true when Marco Rubio and the Gang of 8 were trying to push a compromise measure through Congress.

That’s why the pundits were so surprised when Trump won the nomination after embracing such ideas as a temporary ban on Muslim immigrants. He’s playing on a bigger field now, of course, but on this issue, at least, much of the media still find his message distasteful.