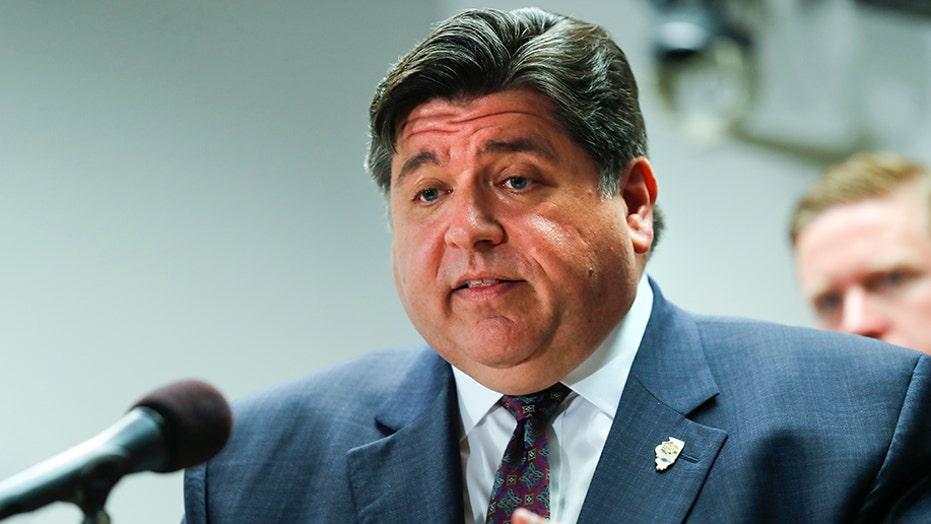 Illinois Gov. J.B. Pritzker confirmed all the state will be able to enter Phase 3 of reopening on Saturday, meaning churches can fully reopen after two Chicago-area churches filed a lawsuit asking that restrictions on religious services be overturned.

Under new modified guidelines, health officials still recommend that no more than 10 people gather for religious services but, if not possible, they said churches church limit attendance to 25 percent of a building's capacity or cap attendance at 100 individuals. The new guidelines however are not mandatory.

An Illinois church filed an emergency request with the Supreme Court, challenging Pritzker’s closure of houses of worship during the coronavirus crisis, a day after another congregation in California made a similar move.

The case was handled by Justice Brett Kavanaugh, based on geography, and he referred the matter to the full Court and made note of these key factual developments.

Elim Romanian Pentecostal Church and the Logos Baptist Ministries had filed the emergency order citing precedent in a 1947 Supreme Court case “Everson v. Board of Education.” In that case, the Court wrote that “Neither a state nor the Federal Government can set up a church… Neither can force nor influence a person to go or remain away from a church against his will.”

They argued that the church’s rights were being infringed upon under the Free Exercise and Establishment Clause of the First Amendment, and called for the case to be taken up before May 31, the Christian holiday of Pentecost.

Liberty Counsel, the non-profit organization that has represented Elim Romanian church and Logos Baptist Ministries in court, said the change is a "complete victory in the near term."

"The only thing that changed was he was dragged to the steps of the U.S. Supreme Court," Liberty Counsel founder and chairman Mat Staver said in a news release obtained by NBC Chicago. "...While we are happy that all churches and houses of worship no longer have any restrictions, we want to make sure this tyranny and abuse never happens again.”

The plaintiffs argued that the Illinois reopening plan imposes a “unique 10 person limit on religious worship services” that is not imposed on retail, liquor stores, restaurants, office buildings, etc. and other services which have been deemed “essential.” Pritzker deemed church gatherings essential and allowed them in phase one of reopening if they were capped at 10.

President Trump last week deemed houses of worship "essential" and called on governors to open them immediately. If they didn't, he threatened to override them, though it's unclear under what authority Trump has to override governors.

A similar case was brought forth on Tuesday by South Bay Pentecostal Church in Chula Vista, Calif.

Both Kagan and Kavanaugh alone could decide these cases, or refer them to the full court. Though the Illinois case has been settled, a decision on the California church has not been made.

On Monday, Calfornia Gov. Gavin Newsom announced churches could reopen but they would be limited to 25 percent capacity or 100 people, whichever is less, but only with the approval of local officials.

Still, Bishop Arthur Hodges is moving forward with the suit. “We still have a problem here because that is clear discrimination against churches because no other enterprise in California has those restrictions placed on them, only churches. This is a clear violation of our constitutional rights to free exercise in assembly,” Hodges said.