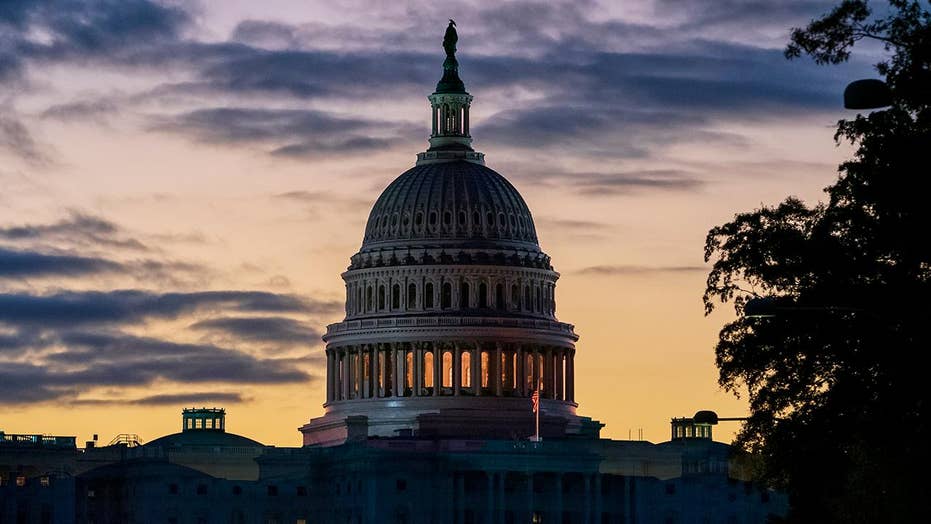 Staffer emailed about 'time-sensitive' issue days after the complaint was filed.

EXCLUSIVE: A newly filed complaint to the Intelligence Community Inspector General (ICIG) alleges that the whistleblower whose allegations touched off House Democrats' impeachment inquiry may have violated federal law by indirectly soliciting more than a quarter-million dollars from mostly anonymous sources via a GoFundMe page.

The complaint also raised the possibility that some of the donations may have come from prohibited sources, and asked the ICIG to look into whether any "foreign citizen or agent of a foreign government" contributed.

Tully Rinckey PLLC, the law firm representing the individual reporting the allegations, is closely guarding the identity of their client, though Fox News is told the individual is the holder of a top-secret SCI security clearance and has served in government.

"I have not seen anything on this scale," Anthony Gallo, the managing partner of Tully Rinckey PLLC, told Fox News, referring to the fundraising. "It's not about politics for my client -- it's whistleblower-on-whistleblower, and [my client's] only interest is to see the government ethics rules are being complied with government-wide."

Fox News reported in September that the nonprofit Whistleblower Aid worked with the whistleblower's attorneys at the Compass Rose Legal Group to start the GoFundMe.

The fundraising page claims that "donations will only be accepted from U.S. citizens." But, the majority of the GoFundMe donors to the whistleblower's campaign were not named, and legal experts have told Fox News that the ICIG likely would need to subpoena the website to obtain more information on their origins.

Asked about the complaint, whistleblower attorney Andrew Bakaj maintained that the fundraising has complied with the law.

“Any fundraising efforts for the Intelligence Community Whistleblower have complied with federal laws, including ethics requirements. Should any governmental agency properly inquire we would, of course, cooperate,” he said in a statement to Fox News.

The ICIG's office declined to comment when reached by Fox News.

The Office of Government Ethics (OGE) warned federal government employees earlier this year that they "may not accept any gift given because of the employee's official position," meaning that the gift would "not have been given had the employee not held the status, authority, or duties associated with the employee's federal position."

The OGE also cautioned that gifts may not be accepted from "prohibited sources," including anyone who "conducts activities regulated by the employee’s agency" or who "has interests that can be affected by the performance or non-performance of the employee’s official duties."

"[M]y client believes ... that the federal employee you are protecting and their attorneys apparently have strategically weaponized their alleged whistleblowing activities into a very lucrative money-making enterprise using a charity incorporated under a different name than the trade name it is using for fund-raising purposes, which would appear to my client to be a clear abuse of the federal employee's authority and access to classified information," Gallo wrote in the letter to ICIG Michael Atkinson, the same government watchdog who originally received the Ukraine complaint from the whistleblower.

That paragraph was a reference to Whistleblower Aid, which is also known as Values United, co-founded by whistleblower attorney Mark Zaid. (Values United tax documents show it paid $258,085 for advertising and consulting services to West End Strategy Team, whose founder Matt Dorf was quoted on the group's website saying he "influences progressive politics, skillfully shifting the conversation to achieve the goals of West End Strategy clients.")

"We are requesting you investigate whether [criminal statutes or regulations have] been violated by the federal employee you are protecting when they reportedly requested an investigation into a matter that they had no direct personal knowledge of, and on account of which they were able to obtain sizeable gifts from unknown persons because of their official duty," Gallo concluded.

Mark Zaid is one of the whistleblower's attorneys.

The Ukraine whistleblower's complaint -- about President Trump's effort to pressure Ukraine to announce politically advantageous investigations -- triggered an impeachment inquiry that will shift into a public phase this week with the launch of House hearings. Trump's GOP allies have sought to learn more about the whistleblower motivations, however, and Trump himself has criticized Zaid -- after Fox News reported last week that the attorney had tweeted about the beginning of a "coup" against the president in 2017.

Zaid later defended the tweets as reflecting "the sentiments of millions of people" at the time. The law firm has also demanded the White House stop attacking the whistleblower, reportedly warning that Trump’s rhetoric and activity are putting the individual in danger.

GoFundMe campaigns have seen a surge in popularity in recent months, as former FBI Deputy Director Andrew McCabe and former FBI agent Peter Strzok have each established campaigns that raised tens of thousands of dollars.

But, those campaigns began after McCabe and Strzok left government service, making the whistleblower's GoFundMe a unique fundraising effort. Fox News is told the ICIG typically replies to complaints swiftly.

"I hope that it's acted on expeditiously," Gallo told Fox News. "The time is ripe to address these issues."