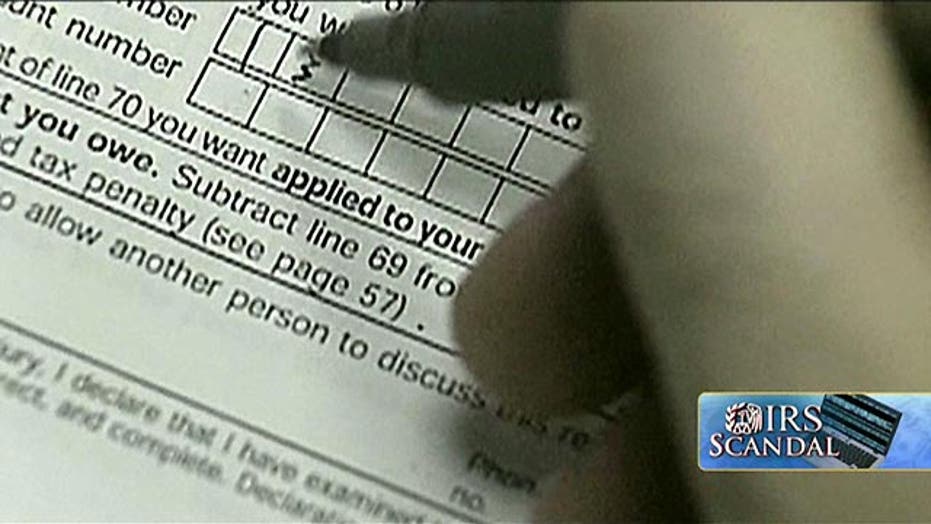 House Republicans plan to ratchet up scrutiny of the IRS during a hearing Thursday morning where agency workers are expected to discuss the involvement of high-level officials in slowing down applications from Tea Party groups.

For the first time, the House oversight committee has invited two key agency officials to testify. Republican leaders of the committee claimed Wednesday that one of them recently revealed that the IRS chief counsel's office -- led by a political appointee -- played a role, along with embattled IRS official Lois Lerner, in scrutinizing conservative groups.

Rep. Darrell Issa, R-Calif., chairman of the committee, told Fox News that agency officials in Cincinnati were taking their orders from Washington, and that the investigation needs to look next at both Lerner and the counsel's office.

"As a part of this ongoing investigation, the committees have learned that the IRS Chief Counsel's office in Washington, D.C. has been closely involved in some of the applications," Issa and other Republicans wrote in a  letter to IRS Acting Commissioner Danny Werfel.

They cited accounts given by Carter Hull, a recently retired IRS tax law specialist. Hull had previously come under scrutiny based on claims that he was closely involved in screening conservative groups' applications for tax-exempt status -- but Hull apparently claims that he, too, was taking his orders from above.

The hearing on Thursday is also expected to include testimony from Elizabeth Hofacre, a revenue agent who had previously complained about intervention from the higher-ups at the IRS.

According to transcripts of interviews reviewed by Fox News, Hofacre in June disputed the notion that this operation was the work of "rogue agents" in Cincinnati. When Lerner first acknowledged the scandal and blamed it on the Ohio office, Hofacre described it as a "nuclear strike on us."

Lerner has so far refused to testify. She invoked her Fifth Amendment rights at one hearing, but Republicans later voted that she had in fact waived those rights by delivering a statement.

"We intend to have her back," Issa told Fox News.

There could be fireworks at Thursday's hearing, as Democrats also intend to use the forum to press their claims that Inspector General J. Russell George is suppressing details about other non-Tea Party groups being targeted. Democrats on Wednesday trumpeted comments from Werfel that George contacted him to object to documents being released that supposedly pertained to other categories of groups experiencing delays.

Some Democrats have argued that liberal groups received similar treatment, though George has generally denied that they were targeted like conservative groups were.

George has also been called to testify on Thursday.