There is a very distinct possibility there could be a government shutdown after 11:59 p.m. ET Friday.

But first, the House Rules Committee plans to meet Thursday, likely starting at 8 a.m., to prepare a stopgap government spending bill that they can present later Thursday to avoid a shutdown, Fox News has learned.

1)     An interim spending bill that funds the government at current levels through Jan. 19. It would include defense “anomalies” and provide some assistance for children’s health insurance. Attached to the package would be a temporary reauthorization of Section 702 of FISA, the controversial domestic spying program. That program would go dark at the end of the year if Congress doesn’t reauthorize it. Counterterrorism experts view FISA 702 as a major tool to thwart potential terrorist attacks. Civil libertarians view FISA 702 as a gross intrusion of Constitutional rights.

There is a possibility the House Republican brass could merge the two scenarios into one to sidestep a shutdown. But it's been unclear how this will turn out. 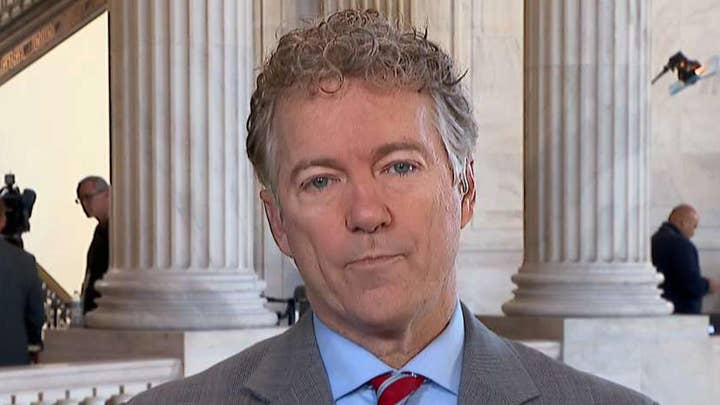 A senior House Republican, who was asked about trying to avoid the shutdown, responded: “We just passed tax reform. At least give us two to three hours before you murder Santa Claus on the way to Christmas.”

What is very unclear here is whether PAYGO waivers -- to avoid cuts in entitlement programs because of passage of the tax bill -- would be included in this package. If not, it is almost a certainty President Donald Trump would wait to sign the tax bill until next year so the potential cuts don’t need to be waived until sometime in 2018, not right away.

The House Rules Committee spent much of Wednesday on “standby” to prepare a “rule” for a stopgap bill, until calling it quits until Thursday morning. This is remarkable considering that the Rules committee met at 8 a.m. ET Wednesday to prepare the Senate-altered tax bill for the floor.

When asked how the whip went, House Majority Whip Steve Scalise, R-La., said they were “still tabulating.” He added there “was a lot of enthusiasm.” Although, for what members were so enthused remained a mystery.

“This was one of the most depressing conferences I’ve ever set through,” said one dour, senior House Republican after GOPers met in the Capitol basement for about an hour Wednesday night. “And I was here for the shutdowns in 2013.”

That comment – taken by itself – is utterly stunning considering the fact that a GOP Congress just passed tax reform.

One of the biggest issues is adding in some provisions for defense, but not the entire package which funds the military for the entire fiscal year and breaks sequester caps. Fox News is told that House Speaker Paul Ryan, R-Wis., overplayed his hand, courting the defense hawks, and then never making good on the promise. And, more importantly, that gambit couldn’t make it through the Senate. 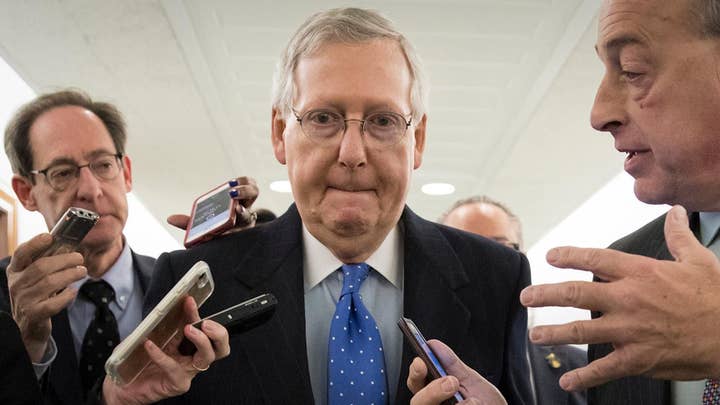 “It was never a real strategy,” moaned one lawmaker.

That said, Fox News is told that in the conference meeting, Ryan told rank and file Republicans that Defense Secretary James Mattis supports the strategy of helping fund the Pentagon via “anomalies.”

Republicans may have to merge the straight spending bill/defense anomalies/FISA 702 with the disaster bill to court the votes of some Democrats. It’s unclear if Republicans can carry the freight of the standalone temporary bill solely with GOP votes. And it’s unclear if Democrats would support a package which adds in disaster relief. To this moment, House Democratic leaders haven’t been consulted about the plan.

Then there are issues with the Freedom Caucus. Its members are concerned about re-upping FISA 702 and forcing members to vote for it -- just to avoid a shutdown.

“We want to change FISA,” said Rep. Scott Perry, R-Pa., a Freedom Caucus member. “We don’t want it on the CR,” referring to the continuing resolution.

Perry indicated that the Freedom Caucus had votes to torpedo the entire plan if leaders attach the renewal of FISA 702 to the package.