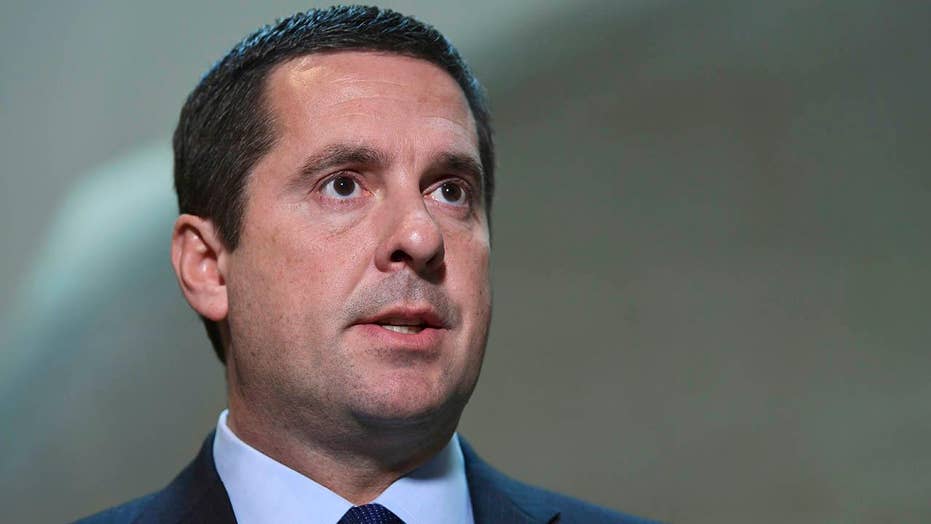 The FBI issued a rare public statement, claiming the four-page memo is misleading and incomplete because facts are missing; Catherine Herridge goes in-depth for 'Special Report.'

The House Intelligence Committee on Wednesday released a 51-page unclassified transcript of the contentious meeting this week between Republicans and Democrats, during which members voted to publicly release the classified memo circulating in Congress that purportedly reveals government surveillance abuses.

The transcript shows Democrats strongly objecting to the release, accusing Republicans of producing the memo to benefit President Donald Trump.

FBI HAS ‘GRAVE CONCERNS’ ABOUT ‘OMISSIONS’ IN SURVEILLANCE MEMO

The motion to release the memo passed on a party-line basis. On Tuesday night, Trump, who has the ability to stop the memo’s release, was overheard telling a GOP lawmaker at the State of the Union that he’s “100 percent” supportive of the document's release -- although it hasn't happened yet.

Republican congressman from Ohio says the Republican staff memo outlines surveillance abuses during the presidential election, but its release to the public will not compromise sources and methods.

“I want to begin by expressing my alarm at where we are in this committee,” California Rep. Adam Schiff, the top Democrat on the panel, said in the meeting. “I have served on the committee for 10 years now. This is the first time we have sought to declassify highly sensitive information for a political reason. It is, I think, a terrible line to cross.”

The transcript release followed the FBI saying Wednesday that the bureau had “grave concerns” about releasing the classified memo.

“With regard to the House Intelligence Committee’s memorandum, the FBI was provided a limited opportunity to review this memo the day before the committee voted to release it,” said the FBI statement. “As expressed during our initial review, we have grave concerns about material omissions of fact that fundamentally impact the memo’s accuracy.”

Five career officials from the FBI came to see White House Chief of Staff John Kelly late Tuesday afternoon to view an amended version of the memo -- the product of a review by the White House, according to a senior administration official.

Fox News also has learned FBI Director Christopher Wray had 90 minutes with the four-page memo during his rare Sunday trip to Capitol Hill where he was joined by House Intelligence Committee Chairman Devin Nunes, R-Calif., and Rep. Trey Gowdy, R-S.C. 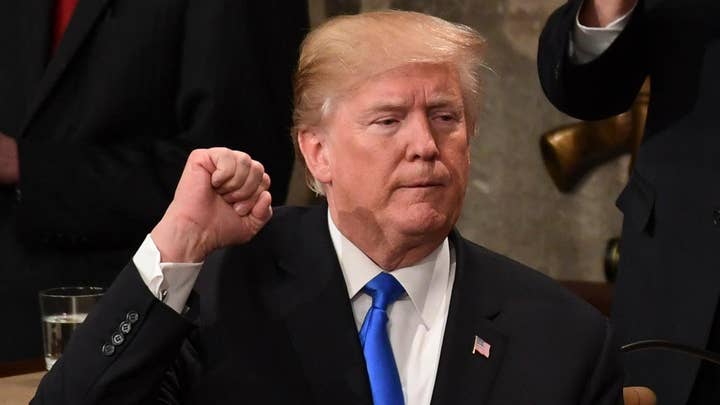 “Having stonewalled Congress’ demands for information for nearly a year, it’s no surprise to see the FBI and DOJ issue spurious objections to allowing the American people to see information related to surveillance abuses at these agencies,” Nunes said Wednesday.

According to the transcript of the fractious meeting, Democratic Rep. Mike Quigley of Illinois pressed Nunes on whether he had coordinated  with the White House in crafting the memo for the public to see.

“When you, as the majority, conceived of doing this memo for release to the body and to the public, the preparation, the thought of doing it, the consultation of it, was any of this done after/during conversations or consultations with anyone in the White House?” Quigley asked.

Nunes replied, “I would just answer, as far as I know, no.”

The four-page memo has being described by GOP lawmakers as “shocking,” “troubling” and “alarming,” with one congressman likening the details to accounts of KGB activity in Russia.

During Monday’s meeting, the GOP-majority committee voted against releasing a countering memo written by Democrats.