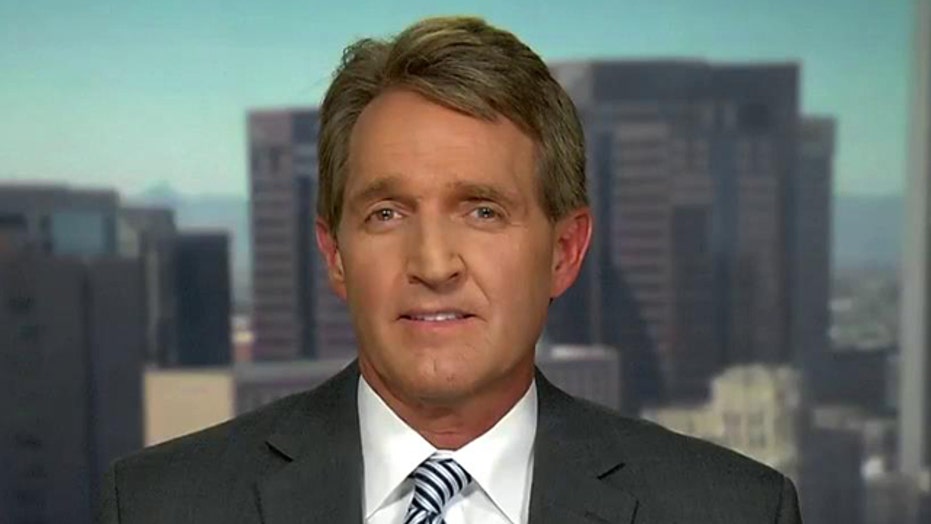 PHOENIX  – Arizona Sen. Jeff Flake, the lone Republican senator who was considering support for the Iran nuclear deal, announced plans on Saturday to vote no, dealing a significant blow to the White House's efforts to garner bipartisan backing for the controversial accord.

Flake, a freshman who had praised President Obama for seeking a diplomatic solution, had been publicly undecided, making him a top target of the White House's concerted lobbying campaign. Senate vote-counters had considered Flake the only truly undecided GOP vote, although his fellow Republicans had expressed confidence he would oppose it.

"I cannot vote in support of this deal," Flake said.

In a statement issued while Congress was on its annual August recess, Flake said he was concerned that the deal severely limits lawmakers' ability to sanction Iran for activities unrelated to its nuclear program. Obama has argued that multilateral sanctions under the United Nations umbrella will be lifted under the deal, but that the U.S. will retain sanctions punishing Iran for other issues like human rights and its support for extremist groups like Hezbollah.

"As written, this agreement gives Iran leverage it currently doesn't have," Flake said.

Flake's opposition to the deal all but guarantees that no Republicans — at least in the Senate — will back the deal, which Obama hopes will form a cornerstone of his foreign policy legacy by preventing Iran from obtaining a nuclear weapon for more than a decade. The White House offered no specific reaction to Flake's announcement, but pointed out that in the last week, seven Democrats have announced their support.

Flake, who has bucked Republican leadership on a number of issues in his first Senate term, had commended the administration for seeking alternatives to military action against Iran, inspiring optimism at the White House that he might back the final deal.

Just a day earlier, Flake traveled to Cuba with Secretary of State John Kerry to attend the flag-raising at the reopened the U.S. Embassy in Cuba, another foreign policy move by Obama that most Republicans oppose.

Yet in his home state, Flake had been the target of weeklong barrage of attack ads running in Phoenix featuring a former soldier wounded in Iraq by an Iranian-made bomb. The soldier, whose face is badly scarred, said those who vote for the deal will "be held accountable."

"They will have blood on their hands," the soldier said in the ad.

Congress has until Sept. 17 to vote on a resolution either approving or disapproving the pact. Although Obama doesn't need explicit congressional approval for the deal, the resolution could scuttle the deal by blocking Obama's ability to lift harsh economic sanctions — the key concession that got Iran to agree to the deal.