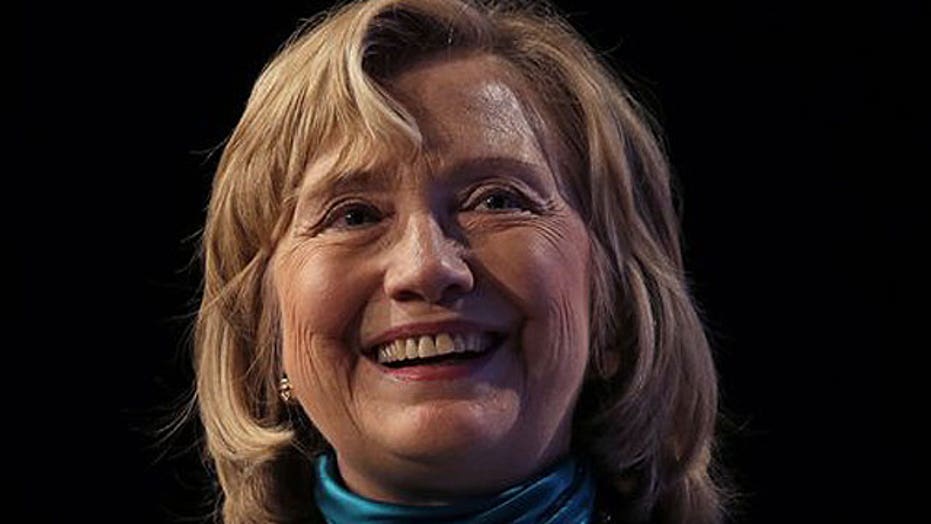 The media drumbeat began the day after the 2012 election: Hillary’s inevitable.

It grew louder still as she was plastered on one magazine cover after another: Time, the New York Times Magazine, and on and on.

It grew deafening when media polls showed her 60 points ahead of any potential Democratic challenger. And really, goes the journalistic refrain, what Republican is going to beat her?

She’s a juggernaut. She’s unstoppable. She’s the next president of the United States.

And now comes the carping: How dare Hillary project an aura of inevitability? Where does she get off? This is a huge mistake!

That’s right: the media, which have wrapped Hillary in the cloak of inevitability, are now echoing complaints that she hasn’t taken to the rooftops to shout: No I’m not!

This debate is crystallized by a story in Buzzfeed, which is a good piece of reporting in that it gets some Obama aides and strategists on the record in warning about Hillary’s strategy. But the underlying assumption is that the former secretary of State is mounting this huge campaign-like effort, when she insists she hasn’t made up her mind about running.

“Top advisers and former aides to Barack Obama say Hillary Clinton is repeating the mistakes she made in 2008, building a machine in lieu of a message and lumbering toward the Democratic nomination with the same deep vulnerabilities that cost her the nomination eight years earlier,” says Buzzfeed.

White House pollster Joel Benenson is quoted as saying: “I just don’t see any strategic value in stories positioning her as inevitable or the pre-emptive nominee, and I don’t think people who are out there talking about this help her, and I think she should make that clear.”

And 2012 Obama campaign spokesman Ben LaBolt says: “Even if it is a well-known candidate — sometimes more so — activists, donors, and voters like to see candidates fighting for every vote.”

They have a point. Hillary’s top-heavy operation proved the media wrong in 2007 and 2008 as she blew an election in which she was overwhelmingly favored—and was upset by an upstart named Obama.

It’s also true that despite her occasional speeches, she doesn’t have a message. But that’s essentially because she’s not a candidate. And if she starts acting more like a candidate, she will be subjecting us to a three-year campaign and taking lots of incoming Republican fire. (Hillary did have a campaign-style appearance yesterday, partnering with Univision to reach Hispanic parents and talking about how she used to read and sing to Chelsea. She took no questions from reporters.)

Lots of other front-runners have laid low until they had to announce. But there’s never been anyone like Hillary: potentially the first female president, wife of a controversial ex-president, and a political persona that overshadows all possible rivals, even an incumbent vice president.

To underscore that point, a CNN poll showing her with a 55-39 lead over Chris Christie, after he had been leading her by 2 points in December. Of course, that has more to do with the governor’s bridge troubles, but it adds to the Hillary aura. She leads every other major GOP contender by at least 15 points. (Standard warning: such early polls are largely meaningless.)

Clinton is acquiescing as groups such as Ready for Hillary raise money on her behalf, but I doubt that’s the root of her problem since she can’t be legally involved.

She also has to retool for the Twitter age. One mistake that Clinton made in her last campaign was barely showing her warmer side. So she tries a joke--a Super Bowl tweet that tweaked Fox--and everyone goes bananas and overanalyzes it.

The biggest problem she will face, in my view, is that by 2016 many people will be sick of her. She will seem like a status quo incumbent, running for a third Obama term, while the Republicans are promising change. That’s why a lower-profile 2014 makes sense for her.

In the meantime, the press will keep on saying Hillary is inevitable. And I can’t see how she muffles that.