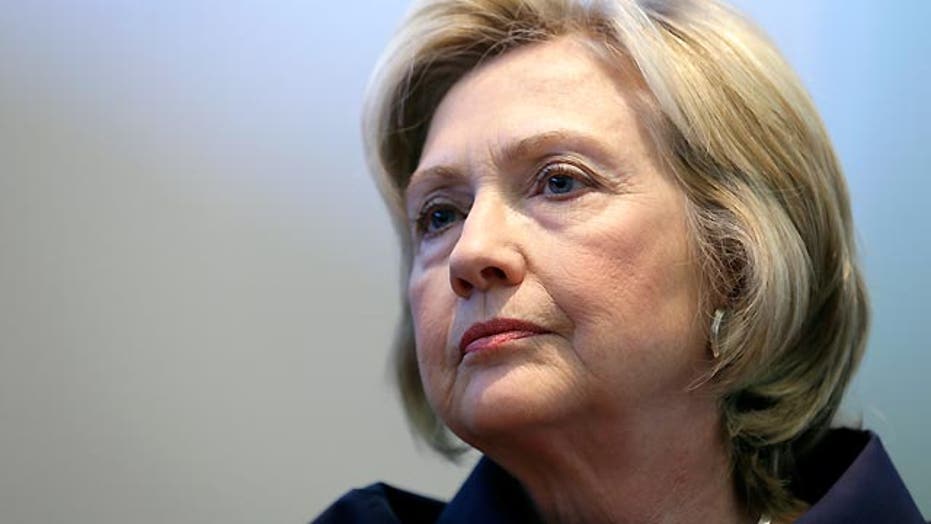 Clinton camp attempts to hit the reset button on campaign

Hillary Clinton offered her first outright apology for using a private email server while secretary of state, calling it a “mistake” in an interview that aired Tuesday.

“Even though it was allowed, I should have used two accounts. One for personal, one for work-related emails,” she told ABC News. ”That was a mistake. I’m sorry about that. I take responsibility.”

The comments came just a day after Clinton told the Associated Press she did not need to apologize for her actions because “what I did was allowed.” She earlier had said she was sorry only for the confusion caused by the issue.

At the State Department's request, Clinton has turned over 55,000 pages of work-related emails last year, while the FBI has also taken possession of the server after Clinton resisted giving up until last month.

When asked by ABC News if she could survive the ongoing FBI investigation, Clinton cited her lengthy existence on the political stage.

“As you might guess I’ve been around a while, lots of attacks, questions raised. I can survive it because I’m running to be president, to do what the country needs done,” Clinton told ABC. “I believe the American people will respond to that.”

But just as the interview aired, Clinton’s apology already came under fire.

“The only thing Hillary Clinton regrets is that she got caught and is dropping in the polls, not the fact her secret email server left classified information exposed to the Russians and Chinese,” RNC National Press Secretary Allison Moore said in a statement. “Hillary Clinton’s reckless attempt to skirt government transparency laws put our national security at risk and shows she cannot be trusted in the White House.”

Clinton became emotional after she was asked about her mother’s influence on her campaign.

“She told me every day, you got to get up and fight for what you believe in no matter how hard it is,” Clinton said. “And I don’t want to just fight for me. I mean I can have a perfectly fine life not being a president. I want to fight for all the people like my mother who cares who needs somebody in their corner.”

The former secretary of state restated her apology in a note to supporters on her Facebook page late Tuesday, but also called her use of a personal e-mail account  "aboveboard and allowed under the State Department's rules.

"Everyone I communicated with in government was aware of it," Clinton added. Later in the note, she said, "I know this is a complex story. I could have—and should have—done a better job answering questions earlier."

Clinton’s latest efforts to explain the private email server controversy has continued to sometimes overshadow her presidential campaign, with multiple polls showing a majority of Americans don’t find her honest and trustworthy.

In a recent Quinnipiac University poll, 61 percent of voters said they did not consider Clinton honest and trustworthy compared to 34 percent who did ascribe those qualities to her.

Clinton also has her status as the Democratic front-runner on the line, as the latest NBC News/Marist polls released Sunday showed Sen. Bernie Sanders with a 9-point lead over her in New Hampshire.

The states -- Iowa and New Hampshire -- are the first and second, respectively, to hold 2016 primary vote, where the outcomes of those ballots often determine the future of the presidential campaigns.