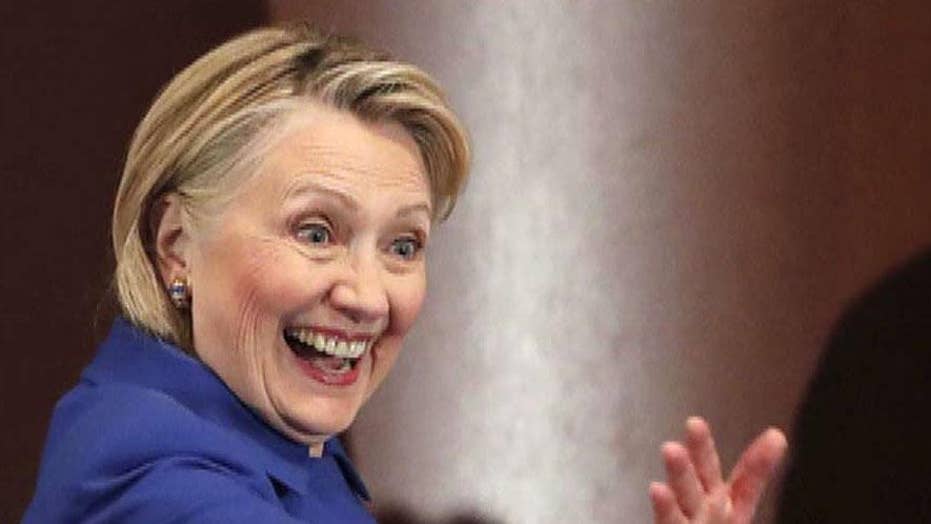 What role will Hillary Clinton play in the 2020 presidential election cycle?

Former Clinton adviser Mark Penn says he does not believe Hillary Clinton will run for president again if Joe Biden gets in the race.

Hillary Clinton is calling for public hearings on Robert Mueller’s Russia report while slamming Congress for not taking stronger action based on already-known information.

Speaking about the Russia investigation, Clinton said: “There hasn't really been that kind of solemn, somber laying of facts and information before the public and the press that should happen in our democracy.

“There is enough grounds in what has already been made public for the government for Congress, in particular, to be doing more with [the Mueller report]. I'm pleased that under Speaker Pelosi, the Democrats are beginning to hold hearings and try to connect some of these dots.”

The former secretary of state also offered up some insight into her campaign, describing it as “kind of Obama 2.0,” and pointed the finger at Trump and the Russians for that campaign ultimately coming up short.

“I mean I obviously had hired a lot of Obama's people. They were incredibly able, they did a great job, but Trump, the Russians, Cambridge Analytica, all of his assorted allies, were running a campaign in an entirely different arena,” Clinton told Tina Brown.

“I don't think I or my people understood that, you know, we would see a little pop-up story that some idiot says that Pope Francis endorsed Donald Trump. Who is going to believe that, how ridiculous.”

HILLARY CLINTON HUDDLES WITH 2020 DEMS, INCLUDING BIDEN, HARRIS AND BOOKER

The interview also turned to the topic of other women trying to go one step further than Hillary and make history as the first female president – including Sen. Elizabeth Warren, Sen. Kamala Harris and Sen. Kirsten Gillibrand.

Clinton said all women will face the challenge of having to come off as “likable,” saying it is not as much of a concern for their male opponents.

“This is still a problem for women on the public stage,” she said.

“How does a woman stand up for herself on the biggest stage in the world without No. 1 looking aggressive, maybe a little bit angry, that somebody is behaving like that, being willing to go toe to toe when there are so few memories embedded in our collective DNA where women do that?