Hillary Clinton jokes while thanking elected women leaders: I can attest how 'likeable' you all are

Hillary Clinton has been meeting with many of the Democrats running – or gearing up to run – for the White House in 2020, a Clinton aide confirmed to Fox News on Friday.

Clinton, the 2016 Democratic nominee, met with former Vice President Joe Biden to discuss 2020 in early February at Biden’s request. Biden has been considering a run, but has not yet made an announcement about his plans.

.BIDEN ALMOST CERTAIN TO RUN FOR PRESIDENT IN 2020, SOURCE SAYS 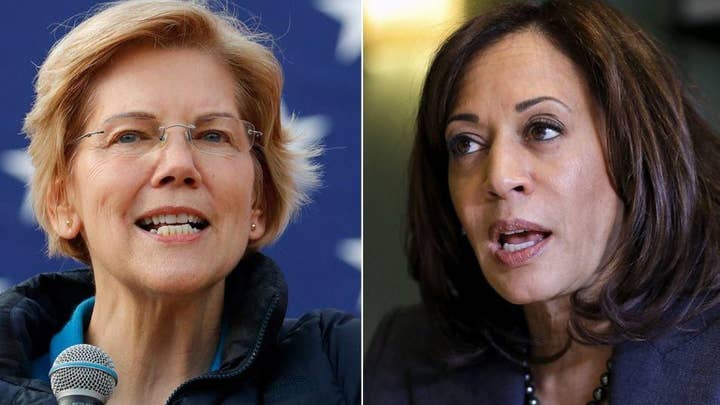 Other Democrats Clinton has met with about the 2020 race include former Colorado Gov. John Hickenlooper and Los Angeles Mayor Eric Garcetti, the aide said. Hickenlooper is believed to be considering a run, though Garcetti has since said he will not run.

Clinton herself has not ruled out a run again for the White House, though she has not signaled she is gearing up for another campaign. During an October speaking event, Clinton was asked if she wanted to run again. Clinton responded “no” but then added, "I’d like to be president."