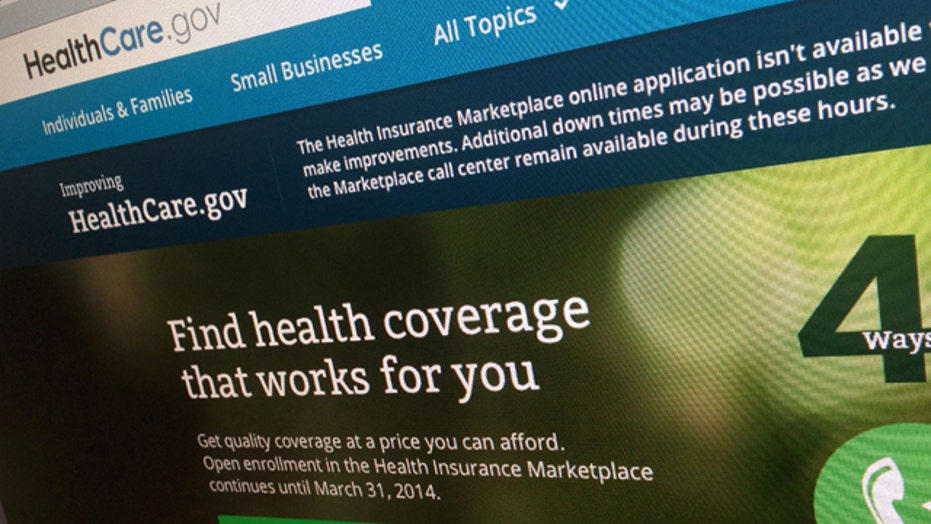 Hospitals seeing boost in business, but premiums set to rise

WASHINGTON – Now that the ObamaCare exchange websites are largely up and running, federal health officials are finding themselves swamped as they fact-check a flood of paperwork from applicants seeking taxpayer subsidies.

The Department of Health and Human Services seems to be caught between critics on both sides as it confronts the task.

The department, which oversees the implementation of the Affordable Care Act, has gotten hit by audits showing it hasn't done enough to crack down on fraudsters trying to scam the system. At the same time, some frustrated applicants say they have played by the rules -- signed up on time and submitted the necessary paperwork -- only to be caught up in bureaucratic red tape.

“We are working with consumers every day to make sure individuals and families get the tax credits and coverage they deserve and that no one received a benefit they shouldn’t,” HHS spokesman Ben Wakana told FoxNews.com.

HHS has been busy tracking down hundreds of thousands of Americans who bought subsidized coverage through the ACA’s insurance exchanges.

In most cases, HHS wants applicants to prove their citizenship, employer and income. Those who are found ineligible could end up paying for their premiums without subsidy support, and those who already benefited from subsidies may be forced to repay some or all of the money.

About 8 million people signed up for a health plan through the ACA exchanges -- according to HHS, that meant officials had to verify more than 160 million "individual pieces of information." In the end, they found 1.2 million people had inconsistencies in their applications.

According to the Kaiser Family Foundation, 85 percent of those who applied were considered eligible for some type of financial aid, which comes out to about $10 billion in subsidies in the first year.

The scramble to verify eligibility comes on the heels of a Government Accountability Office report that raised fresh doubt about the ability of the health care program to prevent or intercept costly fraud schemes.

Eleven of the 12 fictitious applicants were able to dupe the system using invalid Social Security numbers as well as inaccurate citizenship information, according to the report. The 11 were given the go-ahead to receive $30,000-a-year in health care credits and subsidies.

For its part, HHS says it is working to identify additional strategies to strengthen its verification process while getting credits to those who qualify.

But there's also the risk of putting in so many checks that applicants, like Luis Martinez of Hialeah, Fla, get caught in bureaucratic red tape.

Martinez, who has heart problems, says he’s been trying for more than a month to work out his document drama.

He bought a bronze-level health plan with Coventry and was asked to provide additional information to verify his income and his wife’s citizenship. His monthly $457 subsidy was at risk if he didn’t comply.

Martinez told The Miami Herald he tried multiple times to contact the government. He reportedly has receipts showing he mailed five identical packets of information to the HHS that contained copies of his U.S. passport, his wife’s residency card, their joint 2013 income tax statement and his Florida driver’s license, the paper reported.

Four weeks after he mailed his first packet, he received a letter asking for even more documents to verify his wife’s immigration status.

Martinez, who was hospitalized while waiting for the insurance issues to sort out, fears he could be stuck with a $12,000 medical bill for his stay.

But experts say that’s unlikely. Under the ACA, consumers who have discrepancies with their application have 90 days to resolve the issue with documents that establish their eligibility.

“Consumers need to work with us in good faith to provide additional information that supports their application for coverage and we are working through these cases expeditiously,” Wakana said.