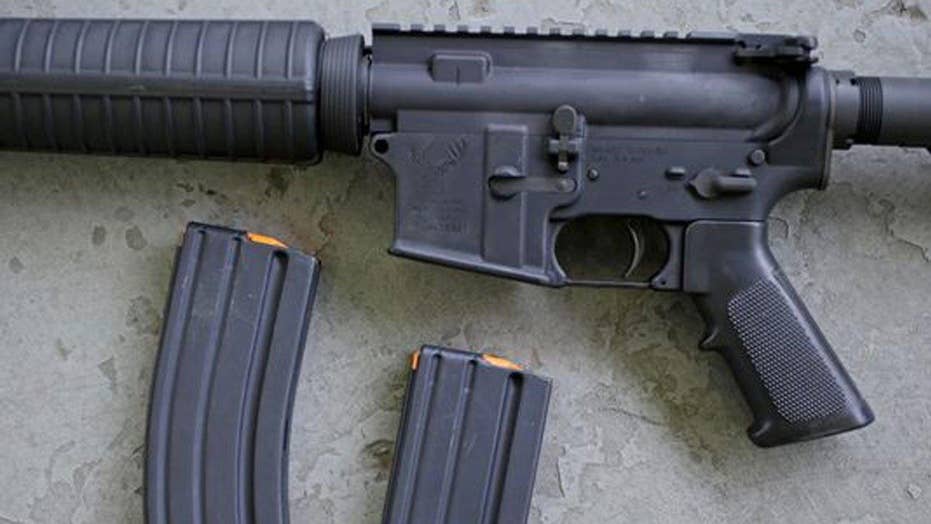 Congressional Democrats stage unprecedented sit-in on the House floor; 'The O'Reilly Factor' with the latest

Hawaii signed a bill Thursday to become the first state to enter gun owners into an FBI database that will automatically notify police if an island resident is arrested anywhere else in the country.

Gov. David Ige said in a statement that the legislation is about community safety and responsible gun ownership. He said it will help law enforcement agencies protect Hawaii residents and visitors.

State Sen. Will Espero, who introduced the bill, and the Honolulu Police Department said the measure could serve as a model for other states. However, critics believe gun owners shouldn’t have to be entered in a database to practice a constitutional right.

Most people entered in the program, known as the “Rap Back” database, are in “positions of trust,” such as school teachers and bus drivers Stephen Fischer of the FBI's Criminal Justice Information Services Division said in May. Hawaii is the first to add gun owners.

Supporters say the law would make Hawaii a leader in safe gun laws. Allison Anderman, a staff attorney at the Law Center to Prevent Gun Violence, said the bill was "groundbreaking," and that she hadn't heard of other states introducing similar measures.

Yet others say gun owners shouldn't have to be entered in a database to practice a constitutional right.

"I don't like the idea of us being entered into a database. It basically tells us that they know where the guns are, they can go grab them" Jerry Ilo, a firearm and hunting instructor for the state, told the Associated Press last month. "We get the feeling that Big Brother is watching us."

The National Rifle Association and the Hawaii Rifle Association had called on their members to oppose the registration bill and the measure barring those convicted of stalking or sex assault from owning or possessing a gun.

"This is an extremely dangerous bill. Exercising a constitutional right is not inherently suspicious,"  Amy Hunter for the National Rifle Association, said in May. "Hawaii will now be treating firearms as suspect and subject to constant monitoring."

Despite pressure from the gun lobby, Ige signed the measure barring gun ownership from those convicted of stalking or sex assault and a third piece of legislation Thursday.

He also signed a third measure that gives police the power to seize firearms and ammunition if the homeowner has been disqualified because of mental problems, according to Hawaii News Now.