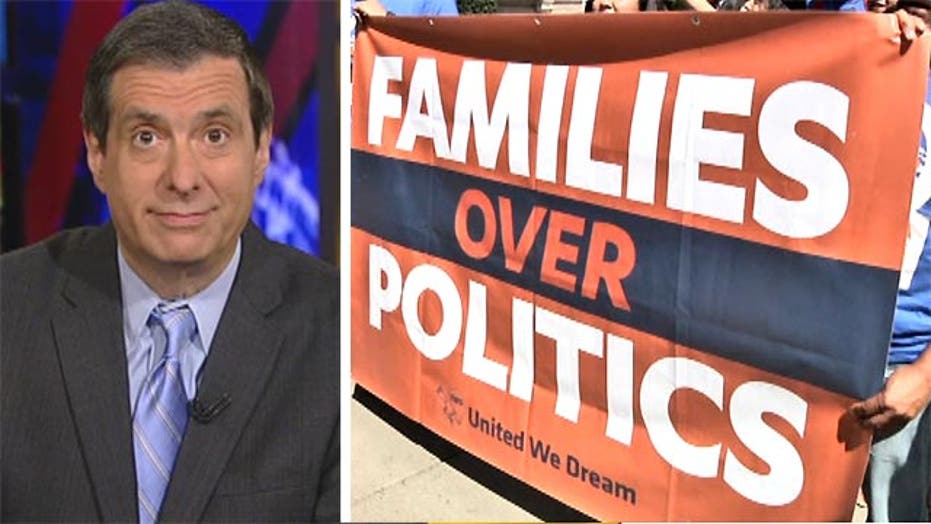 It was 10 years ago that George W. Bush won a second term while campaigning on a constitutional amendment to ban same-sex marriage.

It was two years ago that the media said Barack Obama was taking a huge gamble by throwing his political weight behind same-sex marriage.

Now, with gay marriage legal in 19 states and the District of Columbia, you barely hear Republicans talking about it. While many nominally oppose it, they have effectively conceded the issue.

Does this mean cultural issues are now working to the Democrats’ advantage? A New York Times piece says yes, but I think that somewhat overstates the case.

There is no question that demographic shifts in America have transformed the political landscape. Younger voters who are coming of age barely understand the fuss about same-sex marriage.

But other social issues are definitely working against the Dems—not to mention that foreign policy has flared up in importance during the ISIS crisis and the mess in Ukraine, and President Obama is getting low marks for handling national security.

The Times piece, by the savvy Jonathan Martin, flatly declares that “Democrats are now on the offensive in the culture wars.

“Democrats see social issues as potent for the same reasons Republicans once did, using them as a tool to both stoke concerns among moderate voters, especially women, and motivate their base.”

But when it comes to women—and the Democrats have been pushing the “War on Women” argument for some time—abortion remains a divisive issue. More states have been adopting restrictions on the procedure. A Gallup poll found that 47 percent of those surveyed call themselves pro-choice and 46 percent pro-life—a far cry from 1996, when 56 percent said they were pro-choice and 33 percent pro-life.

“On issues like gun control, drugs, the environment, race and even national security, this demographic shift has substantially weakened the right’s ability to portray Democrats as out of the social mainstream,” the Times says.

Gun control? Really? The Republicans so dominate the issue that even after Newtown, that even after Obama mounted a major push for stricter background checks and other reforms, there was no serious effort in Congress to bring these measures to a vote. Alison Grimes may be on the air in Kentucky telling Mitch McConnell how to shoot a gun, but the NRA is launching an $11-million ad campaign to help key Republicans.

Martin has a point on drugs. With Colorado and Washington both having legalized marijuana, the debate has shifted in favor of decriminalization, even among those who believe that making pot legal is a crazy idea.

But race? If the conflagration in Ferguson proved anything, it’s that the country, even with a black president, remains deeply divided over racial matters. Even though we don’t know what happened, one side seemed to side with Michael Brown and the other with Darren Wilson—much as there was a split over Trayvon Martin’s killing a year earlier.

One social issue that by every standard ought to favor the Democrats is immigration. Hispanic voters are of course a growing share of the electorate, and just 27 percent of them voted for Mitt Romney. The Republican House has blocked any vote on immigration reform. But by going back on his word and delaying a promised execution order until after the election, Obama alienated some in the Latino community and muddied the issue for his party.

Clearly, it’s been a long time since pundits tagged George McGovern as the candidate of “acid, amnesty and abortion.” As the Times points out, “when Ronald Reagan was elected president in 1980, white voters without a college degree made up 65 percent of the electorate; by 2012, that number had dropped to 36 percent.” Those are powerful numbers.

The media love to cover cultural fights because they’re colorful and divisive. But in my view, these issues don’t cut cleanly in favor of either party.