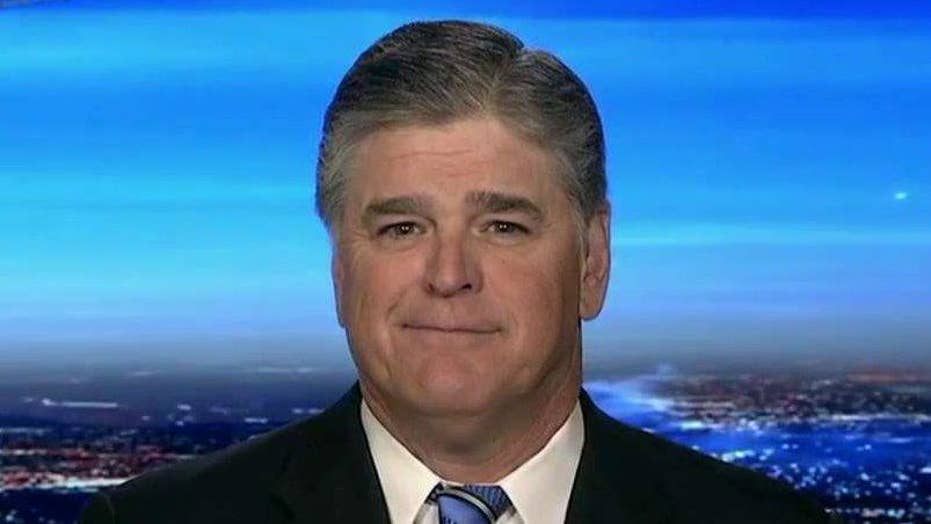 Hannity: Media have been completely wrong about Comey

Fox News' Sean Hannity said Wednesday night that former FBI Director James Comey's prepared testimony before the Senate intelligence committee was "self-serving," but absolved President Trump of allegations of collusion with Russia during the election, as well as obstruction of justice.

"Comey ... told President Trump he was not personally under investigation. Not once, multiple times," the "Hannity" host said in his opening monologue. "Now this means ... every conspiracy theory you have heard for month after month about President Trump colluding with the Russians … is not true."

Hannity also addressed Trump's now-famous Feb. 14 meeting with Comey following the dismissal of national security adviser Michael Flynn — at which he reportedly told Comey that Flynn is a "good guy" and "I hope you can let this go," a reference to the FBI probe of Flynn's contacts with the Russian ambassador to the U.S.

"If James Comey thought the president was doing something illegal, he had a legal obligation to come forward immediately," Hannity said. "That’s not what Comey did."

The host also criticized the dismissed FBI chief for failing to announce publicly that Trump was not under investigation, as he did with Hillary Clinton in the probe of her private email server.

"Clinton broke several laws, committed several felonies. But she gets the courtesy of the public announcement [and] the president, who the FBI director told a number of times did nothing wrong [and] wasn’t under investigation, did not get the same treatment," Hannity said. "That’s ridiculous and Comey, by the way, should be ashamed of himself. This [statement] reads like a political document in every way, shape, manner or form."