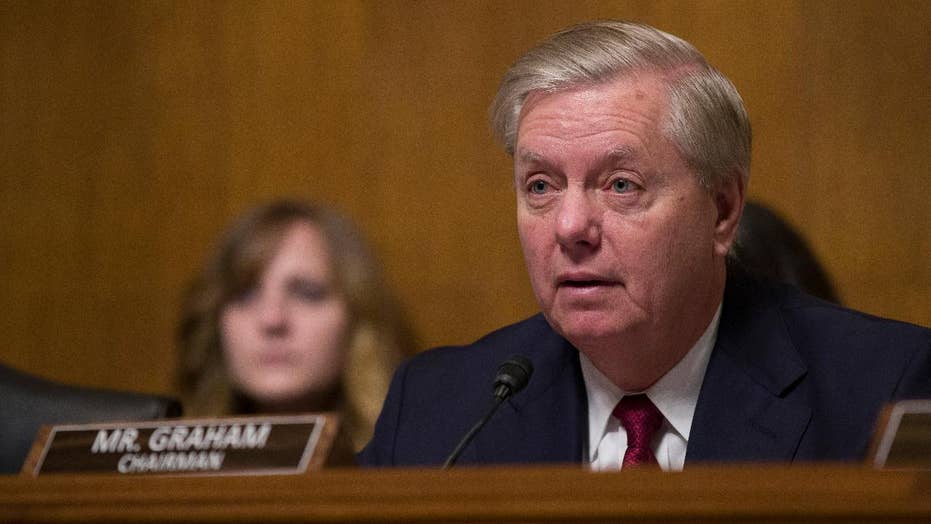 Sen.  Lindsey Graham, R-S.C., posted an ominous reply to ex-FBI-Director James Comey on Twitter Sunday after Comey seemed to sum up the summary of special counsel Robert Mueller's investigation by posting a picture of a man who appeared lost in the woods.

The photo posted by Comey was of a man surrounded by tall trees, and the caption was simply: "So many questions."

Graham, the chairman of the Senate Judiciary Committee, replied, "Could not agree more," an obvious message that he hopes to question the former FBI head.

Comey's tweet followed Attorney General William Barr’s announcement that Mueller did not find evidence that Trump’s campaign “conspired or coordinated” with Russia to influence the 2016 presidential election but reached no conclusion on whether Trump obstructed justice.

Despite Trump’s claim of total exoneration, Mueller did not draw a conclusion one way or the other on whether he sought to stifle the Russia investigation through his actions including the firing of former FBI director James Comey.

According to Barr’s summary, Mueller set out "evidence on both sides of the question" and stated that "while this report does not conclude the president committed a crime, it also does not exonerate him."

The Hill reached out to Graham for clarification about his tweet and his office referred the website to a letter from Graham to the attorney general about investigating a FISA surveillance warrant against Carter Page, a former campaign adviser to then-candidate Trump.

The surveillance of Page became a contentious matter between Republicans and Democrats.

Republicans say the FBI had abused its surveillance powers and improperly obtained the warrant, a charge that Democrats rebutted as both sides characterized the documents in different ways.

Trump has claimed that his campaign was “illegally” spied on for “the political gain of  Crooked Hillary Clinton and the DNC.”

Fox News' Gregg Re, Catherine Herridge and the Associated Press contributed to this report