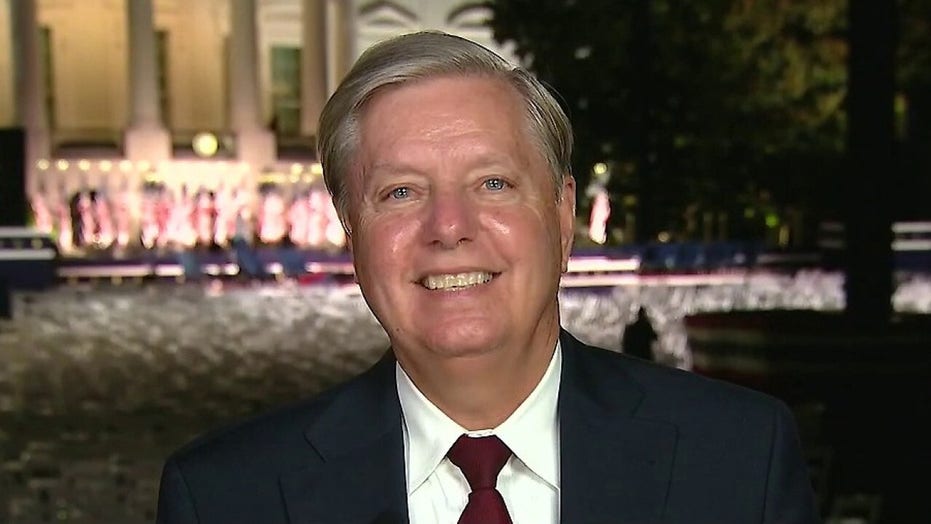 Republican Sen. Lindsey Graham of South Carolina is taking aim at a new poll that shows him in a dead heat with his Democratic challenger.

Harrison, a former lobbyist, made history in 2013 as the first African American chair of the South Carolina Democratic Party. Graham, a one-time vocal opponent of President Trump when the two were rivals for the 2016 GOP presidential nomination, has become one of the president’s biggest supporters in the Senate. The former congressman is running for a fourth 6-year term representing the Palmetto State in the Senate.

"A victor by almost 16 points back in 2014, Senator Graham stares down the first real test of his Senate tenure. Outspent and accused by some of being a Trump apologist, he is in a precarious tie," Quinnipiac University Polling Analyst Tim Malloy highlighted.

Asked about the poll soon after it was released, Graham called it “very flawed.”

“It undercounts Republicans by 10-12 points,” the senator charged. “But having said that, we're taking it seriously.”

The survey was conducted Sept. 10-14, with 969 self-identified likely voters in South Carolina questioned by live telephone operators. Thirty-four percent of those questioned identified themselves as Republicans, 33% identified as independents and 26% as Democrats.

Harrison took to Twitter soon after the poll's release to stress that "You don't have to believe in miracles to believe we can win this race. Once again, we are ALL TIED UP IN SOUTH CAROLINA."

The Quinnipiac survey in South Carolina also indicated President Trump leading Democratic challenger Joe Biden by just 6 points – 51%-45%. Trump won the state by 14 points in 2016. The last time a Democrat won South Carolina in a presidential election was in 1976, when former Gov. Jimmy Carter from neighboring Georgia carried the state.

Graham also criticized the Quinnipiac survey in Maine, saying that “Susan Collins is not down 12.”

Republicans enjoy a 53-47 majority in the U.S. Senate, but the party’s defending 23 of the 35 seats up for grabs in the chamber this November. And while at least a half-dozen GOP seats are considered battlegrounds, Democrats are defending just one or two vulnerable incumbents.