A new bill set to be introduced in the House seeks to restore public confidence in the federal election process following a contentious 2020 election that has been marked by accusations of fraud by voters and several high-profile Republicans led by President Trump, Fox News has learned.

The "Save Democracy Act" calls for a number of measures aimed at strengthening the security and integrity of the voting process from registration, to voting to the counting of ballots in federal elections, beginning in 2022.

"Congress recognizes that the legitimacy of the United States’s representative democracy rests on the integrity of our Federal elections and confidence our citizens have in them," the bill's language says. It adds that states "must seek to protect the fairness, accessibility, and integrity of the elections."

Republican Study Committee chair Rep. Jim Banks, R-Ind., is expected to introduce the bill on Monday. As of Thursday, the bill had 14 co-sponsors behind it, with more expected.

The bill calls for several restrictions intended to make sure only eligible voters are able to register. These include a prohibition against states utilizing automatic voter registration systems that take data from other government agencies unless individuals opt out, as well as requirements that registrants provide a Social Security number and proof of citizenship, such as a birth certificate, U.S. passport, naturalization or citizenship certificate, or consular report of birth abroad from the secretary of state.

Additionally, the bill calls for courts to provide a state’s attorney general and chief election official with information regarding anyone who is recused from serving on a jury due to not being a citizen, in order to ensure their names are not on a list of eligible voters.

As for the voting process itself, the bill would require that voters present a current, valid form of identification before receiving a ballot at a polling site. Similarly, anyone voting in a manner other than in person would have to submit a copy of their identification with their ballot. Acceptable forms of ID include a state, local or tribal government-issued ID; a U.S. passport and a military ID card. Military and overseas voters who are allowed to vote absentee would not be subject to this requirement. 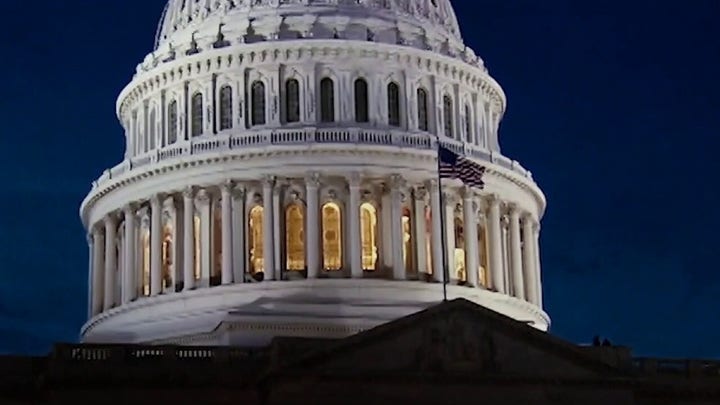 The bill also aims to prohibit universal mail-in voting by prohibiting states from mailing a ballot to someone unless they requested it. This would outlaw the practice of automatically sending ballots to everyone on a state’s voter roll, which could include those who have died, moved or otherwise been rendered ineligible since the voter roll was last updated.

Drop boxes such as those used in the 2020 election would be prohibited unless they are "located inside a building which serves as an office for a State or local election official." Ballots would also not be accepted unless they are delivered by the voter themselves, or an election official, postal worker or anyone else allowed to collect mail while performing their official duties.

The bill also aims to eliminate concerns of mail-in ballot deadlines by prohibiting the acceptance of ballots in federal elections after polls close on the day of the election. In 2020, several states extended deadlines beyond Election Day, allowing ballots to be accepted if they were postmarked by Election Day, or in some cases even if they were not.

Finally, the bill seeks to ensure the integrity of the counting process by requiring at least two representatives from each candidate to observe ballots being counted, and prohibits any interruption to the counting process "until each lawfully cast ballot has been tabulated," barring an emergency that threatens the health of the officials doing the counting. This would not include provisional ballots that are filled out and sworn to on Election Day and require verification.

For the sake of transparency and accountability, each state would also be required to conduct an audit of "the effectiveness and accuracy of the voting systems" and publish its findings within 30 days of the election.

"The Save Democracy Act would make targeted reforms to the federal election system to provide Americans with confidence in our nation’s elections," Banks said in a statement. "It addresses long time issues and novel challenges because Americans deserve to know that their legal votes won’t be nullified by illegal ones."

On Wednesday, election challenges came to a head when members of Congress formally objected to electoral votes at a joint session of Congress, only to be interrupted by violent protesters who stormed the Capitol building.  Banks believes that his bill can be a unifying measure that is already being supported by Republican colleagues who joined the objections and those who did not.

"No matter how an individual lawmaker chose to vote on the objections to state certifications, most of us agree that we need to do something significant to restore the public’s faith in free and fair elections," Banks said.