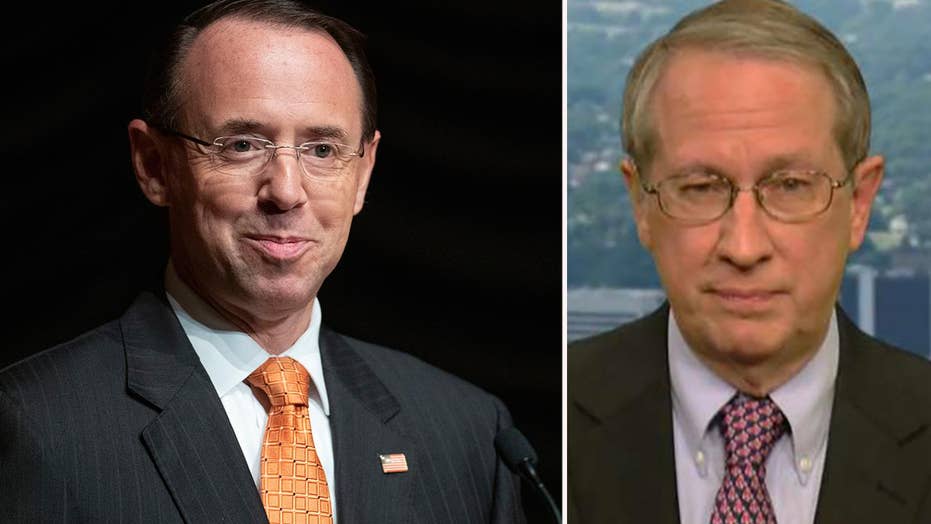 “We want to know in particular about the new developments that we’ve been made aware of, about Mr. Rosenstein meeting with a group of other DOJ and FBI employees and talking about the possibility of wearing a wire when he meets with the president of the United States, his boss, the chief executive officer of our country, and the possibility of putting together Cabinet members to invoke the 25th Amendment to the United States Constitution, which would be a mechanism to declare the president disabled and therefore have somebody else, the Vice President presumably, serving his place,” Goodlatte, R-Va., said on "Sunday Morning Futures" with Maria Bartiromo.

Goodlatte noted the interview of Rosenstein will be held in a secure room, and that a transcript will be released after the intelligence community reviews it for classified information.

The secure room allows “the opportunity to ask any question that needs to be asked, and not have concern about it not being in a classified setting and not be concerned about leaks, which have been a serious problem with our investigation,” Goodlatte added. 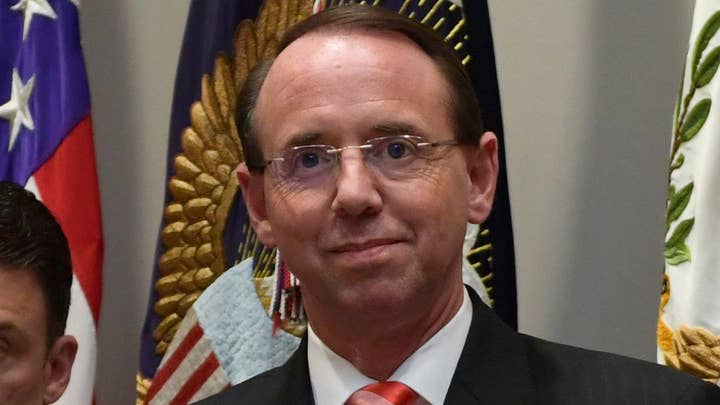 The Republican chairmen and top Democrats on the House Judiciary and Oversight committees are set to interview Rosenstein.

Goodlatte cited reporting that raised questions about the top brass at the Justice Department, including the September New York Times report that Rosenstein had mulled invoking the 25th Amendment and wearing a wire to record conversations with President Trump. The deputy attorney general previously released a statement saying, “I never pursued or authorized recording the President and any suggestion that I have ever advocated for the removal of the President is absolutely false.”

Goodlatte told Bartiromo: “These are very, very serious allegations. We have all of this based upon a newspaper report and we have third-party testimony that we’ve heard in our investigation. We know he’s met with President Trump. President Trump has been satisfied and said that he wants him to continue on as his number-two at the Department of Justice. But the Congress has oversight responsibility. So we’re going to ask him about those questions along with many other things.” 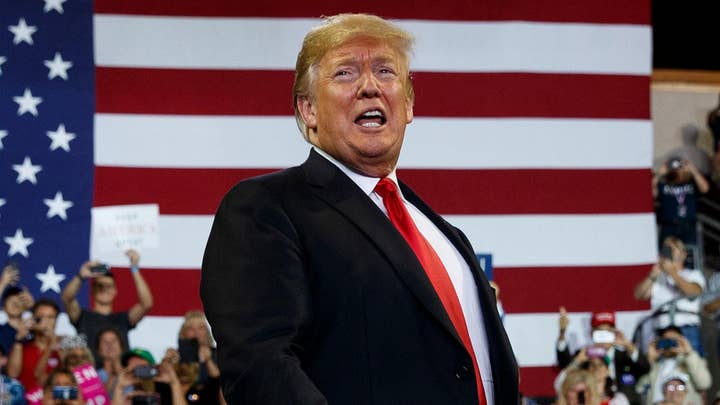 Rosenstein went to the White House days after the Times report was published. He was not fired, and later flew with Trump on Air Force One to an international police chiefs’ conference in Florida. The president declared Rosenstein's job was safe, saying he was “not making any changes.”

MEADOWS CALLS ON ROSENSTEIN TO STEP DOWN FOLLOWING 'WIRE' REPORT

“We just had a very nice talk,” Trump told reporters. “We actually get along.”

Trump and Rosenstein have had an up-and-down relationship, though the deputy has been spared the brunt of the anger directed at his boss, Attorney General Jeff Sessions. Trump’s relationship with Sessions deteriorated after the attorney general recused himself from the Russia investigation.

After Sessions’ recusal, Rosenstein appointed Robert Mueller as special counsel and has overseen the investigation between Russia and the Trump campaign during the 2016 presidential election. Democrats have called the meeting with Rosenstein part of a Republican effort to undermine Mueller’s investigation.