After the 85-year-old Supreme Court Justice misses oral argument while recovering from cancer surgery, speculation grows that the Trump administration is preparing for a retirement and new confirmation battle.

Justice Ruth Bader Ginsburg’s absence this week from Supreme Court oral arguments – her first since joining the bench – has touched off a burst of speculation as well as low-key planning from the White House about the possibility of a departure.

At the same time, observers aren’t convinced the liberal backbone of the court is going anywhere. And as she recovers from early-stage lung cancer surgery, they suggest talk of a vacancy is premature.

"We shouldn't read too much into the fact that she's missed three days of oral arguments," said Elizabeth Slattery, host of the conservative Heritage Foundation's "Scotus 101" podcast. "She famously was back on the bench the day after her beloved husband Marty passed away so she's obviously very committed to the job. But clearly she needs time to recuperate."

The announcement that rocked the judicial world came from Chief Justice John Roberts at the start of Monday's Supreme Court oral argument -- that his colleague, who normally sits immediately to his left, would not be on the bench.

It marked the first time Ginsburg missed an oral argument in her quarter-century on the high court, though Roberts noted she would participate in consideration of the pending cases "on the basis of briefs, filings and transcripts."

Ginsburg then missed sessions on Tuesday and Wednesday, raising concerns about her long-term health prognosis as well as the short-term functioning of the court.

The absence has led to precautionary planning in Washington.

Sources confirmed to Fox News that the White House has quietly reached out to a small number of GOP lawmakers and conservative legal advocates, reassuring them it would be ready for any court vacancy. Under new White House Counsel Pat Cipollone, a ready list of top-tier candidates is being updated.

The low-key, unofficial heads-up is similar to when rumors of Justice Anthony Kennedy's retirement were rampant in 2017 and 2018. He announced last June he would leave the court. 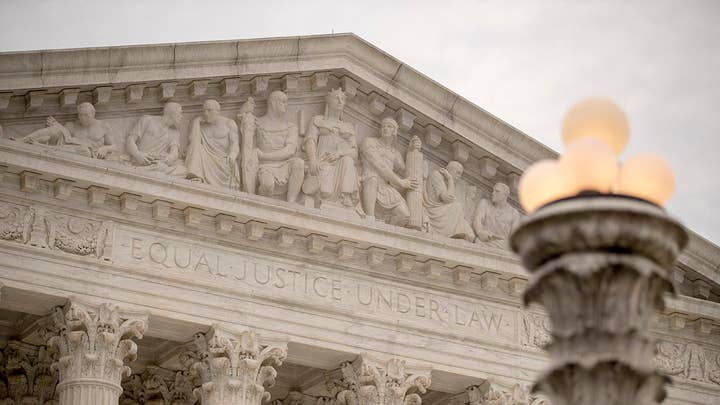 The court, meanwhile, has not offered a timetable on Ginsburg's return, noting only that she is continuing to recuperate at home, fully involved in the caseload.

Three days of oral arguments resume next week, then the court goes on a month-long recess.

February will likely emerge as a critical period.

While the current recuperation is to be expected, there may be renewed concern if Ginsburg is not back for the Feb. 19 public session.

Two doctors contacted by Fox News with experience in performing pulmonary lobectomies said, given her age and procedure, a home recovery of about six-to-eight weeks is common – and they would expect the justice to be ready to resume normal duties next month.

Those doctors, who did not treat Ginsburg and don't know her specific circumstances, said they encourage their patients not to rush back too soon, for fear of setbacks caused by over-exertion on the job.

In the short-term, the absence of the court's oldest member raises questions about how the court operates when one of its members is not fully engaged. With such a small group, losing a justice -- even temporarily -- can disrupt the predictable, deadline-driven rhythms of a court built on collegiality, continuity and cooperation.

While the justices' public image is most easily viewed in the 40-45 public argument sessions each year in the courtroom, their real work is done behind the scenes, where cases are decided and opinions are written.

The justices typically work alone in chambers doing lots of reading, and are closest to their four law clerks. When one communicates with colleagues, it is usually by memo or the occasional phone call. They meet weekly in a closed-door conference when in session, to vote on pending appeals. That and the oral arguments are the usual extent of their face-to-face interaction.

The sudden death of Justice Antonin Scalia in February 2016 created an enormous personal and professional vacuum at the court. His seat went unfilled for nearly 14 months, causing prolonged uncertainty and disruption in the court's routine that raised internal tensions among its members, court sources said at the time.

The ideological divide led to several 4-4 ties on a range of hot-button issues.

"Eight, as you know, is not a good number for a multi-member court," Ginsburg said in 2017. "That means no opinions and no precedential value; an equal division is essentially the same as a denial of review." 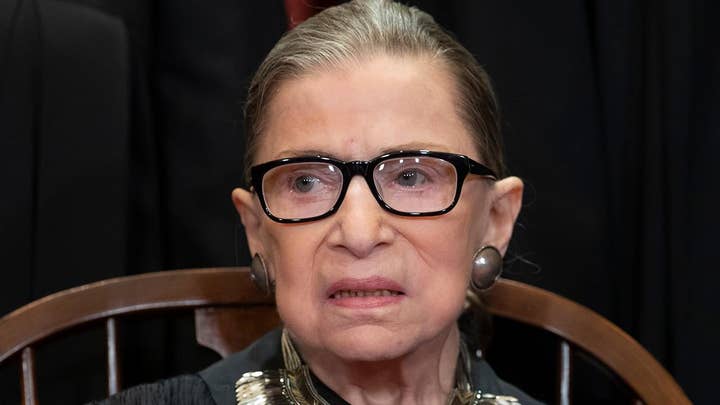 Extended absences from the high court are rare, but there is precedent on how to handle it.

When then-Chief Justice William Rehnquist was diagnosed with thyroid cancer in 2004, he missed 44 public arguments but continued working on the caseload from chambers and home. He even authored four majority opinions. Yet despite the seriousness of his illness, he refused to resign and grew frustrated with press reports about his health and future on the court.

In July 2005, he released an unprecedented statement announcing, ''I will continue to perform my duties as chief justice as long as my health permits," adding that he wanted the press release ''to put to rest the speculation and unfounded rumors of my imminent retirement."

Fighter on the Court

Despite her tiny frame and soft voice, friends and colleagues say Ginsburg is a fighter. In the past two decades, she has undergone treatment for colon and pancreatic cancer, returning to work each time within days and never missing a public court session.

After injuring her ribs in a fall in her chambers Nov. 7, Ginsburg was back on schedule 19 days later, asking the first question in the first oral argument. She said at a public forum she was "almost repaired" and eager to resume her routine.

Just prior to that, she attended a White House ceremony honoring, among others, her late colleague and dear friend Scalia.

Sources say after being diagnosed with lung cancer during a routine check of her ribs, she intently read legal briefs on the plane to New York the day before surgery to have two cancerous nodules removed.

Ginsburg has recently become a cultural and political icon, the gentle warrior leading the left-leaning members of the high court.

In just the past two years, the "Notorious RBG" -- as she has been affectionately dubbed -- authored a book, "My Own Words"; was portrayed on "Saturday Night Live"; and had a documentary and feature film released about her remarkable life.

Her lace collars, large collection of hair "scrunchies," Brooklyn accent, and vigorous workout routines in the court's top-floor gym complete the image of a justice not letting her age slow her down.

Ginsburg's personal trainer spoke with her days after her recent cancer surgery, and her first words reportedly were, "When can we go back to training?"

Bryant Johnson told "People" magazine, "The justice is strong, and blessed."  Johnson himself has authored a book -- "The RBG Workout" -- designed to help older people remain active with a variety of pushups, planks and squats.

Privately, former Ginsburg law clerks expect her to be back on the bench soon. Ginsburg herself has said in recent years she has no immediate plans to move aside.

In June, she told a New York audience, "I’m now 85. My senior colleague, Justice John Paul Stevens, he stepped down when he was 90, so I think I have about at least five more years."

"It would be wildly speculative to talk about a third vacancy at this point," for the current White House, said Slattery. "Although I would point out President Trump has already vetted a number of candidates for a future Supreme Court vacancy.”