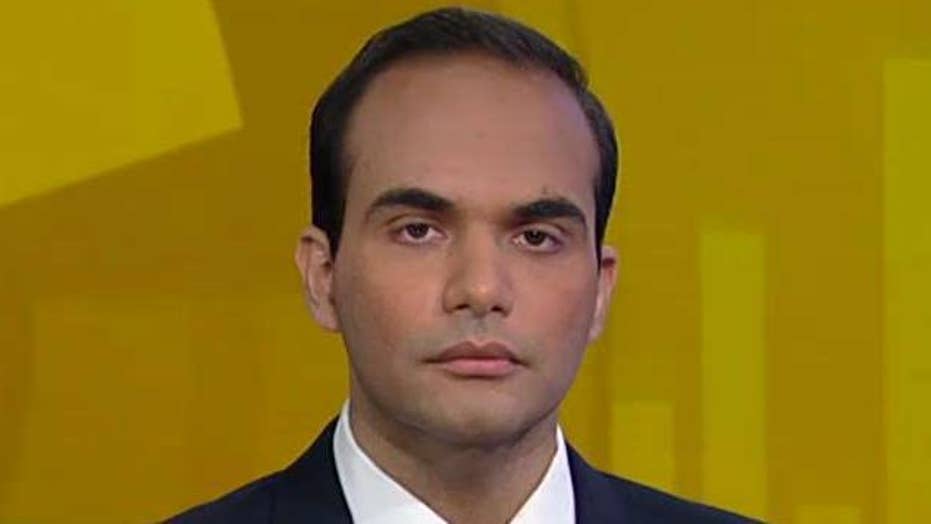 An FBI confidential human source secretly recorded George Papadopoulos in the final days of the 2016 presidential election and pressed him over whether the Trump campaign was involved in Russian election meddling -- something the campaign aide emphatically denied, according to a transcript of that conversation.

Fox News obtained the transcript of the recording, which spreads over 171 pages. Papadopoulos, a former Trump campaign foreign policy adviser, is referred to in the transcript as "Crossfire Typhoon" or "CT."

The recording is a more than 4-hour long conversation between Papadopoulos and a confidential human source for the FBI on Oct. 31, 2016. According to the obtained transcripts, the confidential human source (CHS) met with Papadopoulos and asked whether he thought Russians hacked the Democratic National Committee (DNC) ahead of the Democratic National Convention.

The comments made by Papadopoulos are noteworthy because, according to officials, they were never provided or included in evidence to the Foreign Intelligence Surveillance Court when seeking warrants to surveil another Trump campaign aide, Carter Page, over suspicion of Trump campaign ties to Russia.

When asked whether he thought the Russians had “special interests” in the election, Papadopoulos replied: “That’s all bullsh--. No one knows who’s hacking them,” and added that it “could be the Chinese, could be the Iranians, it could be some Bernie, uh supporters. Could be anonymous.”

Papadopoulos was then asked whether he thought Russians “have interest in Trump.”

“They, dude, no one knows how a president’s going to govern anyway. You don’t just say, oh I like—,” he said before being cut off. “I don’t know. Even Putin said it himself. It’s all, it’s like conspiracy theories.”

The source went on to press Papadopoulous, saying: “I feel like there’s some heavy Trump supporters out there that kind of want to rig this f—king election in Trump’s favor and then at the same time, I don’t know.”

Papadopoulos quipped: ”Dude, you, you..there is no rigging in his favor.”

The source pushed him, once again, on whether he thought the Trump campaign had anything to do with hacking of the DNC.

“No, I know that for a fact,” he said. “I’ve been working with them for the last nine months. That’s and all of this stuff has been happening, what, the last four months?”

Papadopoulos, in the conversation, recalled someone asking him the same questions earlier in the year.

“He asked me that same question,” he said. “And he actually was like, going in and tell the CIA or something if I’d have told him something else. I assume that’s why he was asking. And I told him, absolutely not. There’s absolutely no reason…first of all, it’s illegal, you know, to do that sh--.”

When asked again, Papadopoulos said: “No, there, there, that’d be suicide dude.”

Transcript by Fox News on Scribd

Papadopoulos was asked if he had ever met Russian President Vladimir Putin. Papadopoulos said that he was invited "to go and thank God I didn't go though."

During another part of the conversation, the source asked Papadopoulos about WikiLeaks, to which he replied: “I have no opinion.”

At another point, the source began to engage in business talk.

“So what the hell are we going to do, we gonna make some money in Russia?” the source asked.

Papadopoulos replied: “I’m not talking about this stuff. Because right, like I said the election’s over, like right now it’s over nine days… F—k , it’s nine days.”

A Justice Department official confirmed the authenticity of the transcripts, first reported on by CBS, to Fox News on Thursday. The official told Fox News the transcript is just one of a series of productions that the Justice Department has been making in the wake of DOJ Inspector General Michael Horowitz's report on his review of misconduct of the Foreign Intelligence Surveillance Act (FISA).

The official told Fox News that Attorney General Bill Barr has instructed as much transparency as possible in the wake of Horowitz's report.

Horowitz wrote in his report, released last December, that "the FBI did not inform of these conversations at the time they occurred" and the "FISA renewal applications on Carter Page did not include these statements."

“This transcript clearly shows that James Comey’s FBI had exculpatory evidence clearing the Trump campaign of hacking the DNC, but ignored the evidence in order to keep spying on the President and his associates,” an official with direct knowledge of the transcripts told Fox News Thursday. “It’s quite damning, and Comey should be ashamed that his personal disdain for the president blinded his ability to see the truth.”

Fox News first reported last summer that John Durham, the U.S. attorney for Connecticut appointed to lead an internal review of the FBI’s original Russia investigation, was zeroing in on these very transcripts, specifically looking at why certain “exculpatory” material from them was not presented in subsequent applications for surveillance warrants for members of the Trump campaign. 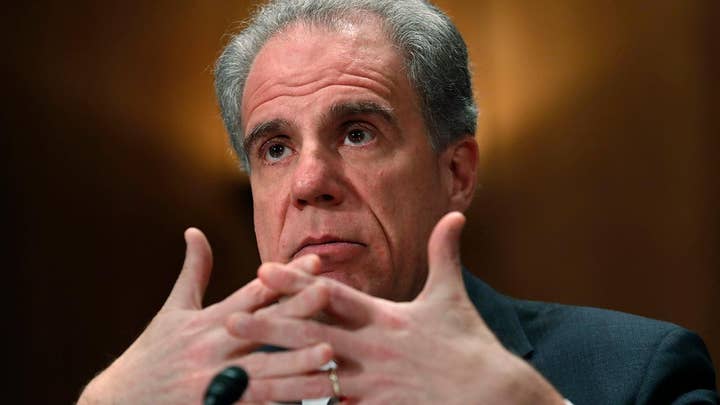 Officials familiar with the recordings and the transcripts told Fox News last year that the “exculpatory evidence” included in the transcripts was Papadopoulos denying having any contact with the Russians to obtain supposed “dirt” on Hillary Clinton, the Democratic presidential nominee.

Prior to the 2016 presidential election, Papadopoulos met with Maltese professor Joseph Mifsud in London, who told him that the Russians had dirt in the form of emails that could damage Clinton’s presidential campaign. Papadopoulos then told Australian diplomat Alexander Downer of the new information. Downer reported Papadopoulos’ comments to him to the FBI.

But Papadopoulos did not only meet with Mifsud and Downer while overseas. He met with Cambridge professor and longtime FBI informant Stefan Halper and his female associate, who went under the alias Azra Turk. Papadopoulos told Fox News that he saw Turk three times in London: once over drinks, once over dinner and once with Halper. He also told Fox News last year hat he always suspected he was being recorded. Further, he tweeted during the Mueller testimony about "recordings" of his meeting with Downer.

It is still unclear which of these individuals, if any, may have recorded conversations with Papadopoulos.

The transcripts had been classified, and declassified this month, under President Trump’s move last year to approve declassification of documents related to the surveillance of his campaign during the 2016 election.

Papadopoulos, in a text message to Fox News on Thursday, said that "a lot more informants are going to be exposed for going after me. Not just from the U.S."

"The meetings I had with Australian 'diplomats,' UK 'diplomats,' U.S. embassy personnel in London and Athens, all had the same structure," Papadopoulos told Fox News. "Probe me on my business ties...the type of projects I was consulting on; and then probing about Trump's thoughts on Russia."

“The FBI omitted evidence they were required to provide to the FISA court and provided false information to them,” Nunes said. “We’ve got a good idea of what happened now, and accountability needs to be the next step.”

Meanwhile, Barr, in an interview set to air on Thursday with Fox News' Laura Ingraham, said the investigation into the Trump campaign "was one of the greatest travesties in American history."

"Without any basis they started this investigation of his campaign, and even more concerning, actually is what happened after the campaign, a whole pattern of events while he was president," Barr told Ingraham. "So I -- to sabotage the presidency, and I think that – or at least have the effect of sabotaging the presidency."

"He is looking to bring to justice people who are engaged in abuses if he can show that they were criminal violations, and that’s what the focus is on," Barr said. "My own view is that the evidence shows that we’re not dealing with just mistakes or sloppiness."

He added: "There is something far more troubling here, and we’re going to get to the bottom of it. And if people broke the law, and we can establish that with the evidence, they will be prosecuted."