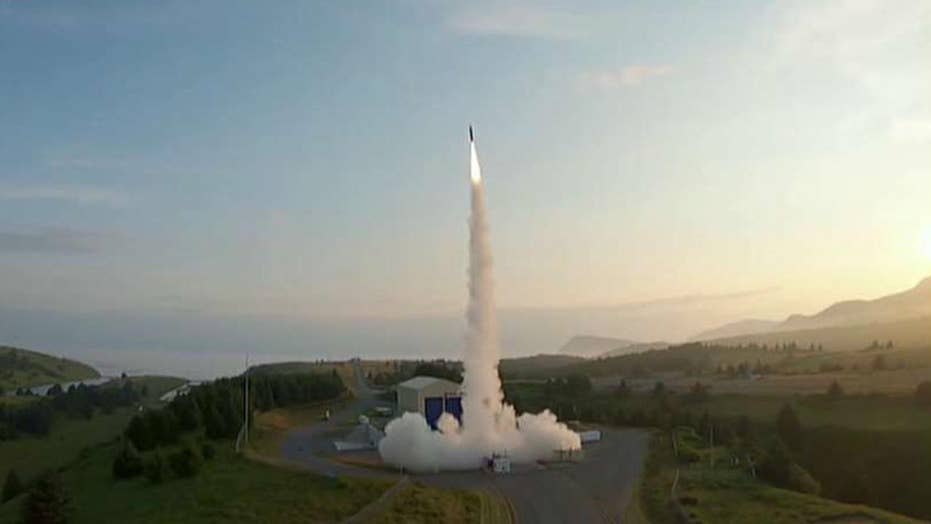 As tensions heat up with Iran and North Korea over nuclear weapons, a majority of registered voters thinks the rogue nations pose a risk to the country’s safety.

Sixty percent say North Korea poses a real national security threat to the U.S. – and an equal number think the same of Iran.

"What's interesting here is the stability of threat perception," says Republican pollster Daron Shaw, who conducts the Fox News Poll along with Democrat Chris Anderson. "Despite changes in the partisanship of the White House and shifts in geo-politics, the percentage of Americans who see Iran and North Korea as threats has been quite consistent."

Democrats are more likely to think North Korea (68 percent) poses a threat to national security than Iran (57 percent), while Republicans say the opposite (Iran 65 percent a threat vs. North Korea 53 percent).  Independents are equally concerned about both (58 percent each).

Voters are dissatisfied with how President Trump is handling the two nations.  His job ratings on Iran (39 percent approve-46 disapprove) and North Korea (39-49) are underwater by 7 and 10 points, respectively.

Voters are also downbeat about the global reputation of the United States, as over half (54 percent) think the U.S. is less respected around the world today compared to four years ago.  Twenty-nine percent believe the country is more respected, while 14 percent say “about the same.”

Those most likely to believe the country is less esteemed include Democratic women (89 percent), liberals (85 percent), suburban women (66 percent), nonwhites (64 percent), and voters under age 45 (57 percent).

Republicans are largely alone in thinking the U.S. is more respected: 58 percent feel that way, while 83 percent of Democrats and 55 percent of independents say the country is less respected.

Conducted July 21-23, 2019 under the joint direction of Beacon Research (D) and Shaw & Company (R), this Fox News Poll includes interviews with 1,004 randomly chosen registered voters nationwide who spoke with live interviewers on both landlines and cellphones.  The poll has a margin of sampling error of plus or minus three percentage points for all registered voters.